Chocolate: The Good, the Bad and the Bitter

As long as chocolate exists in this world, there will always be happiness. 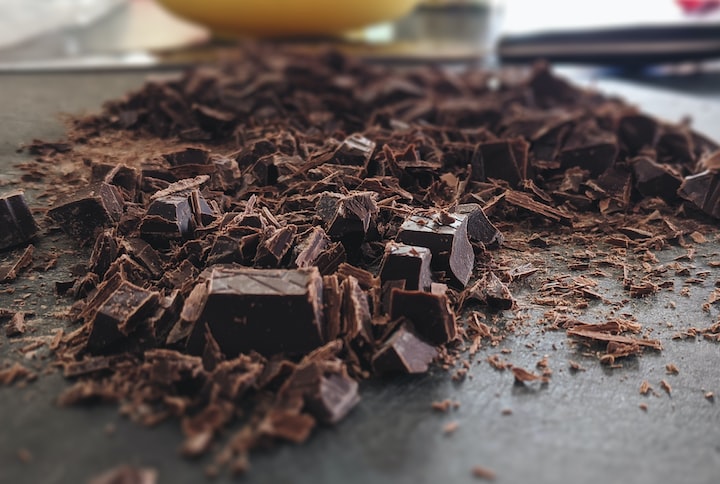 It's pretty common knowledge that chocolate made its appearance among the Aztecs as a beverage for kings. The cacao beans, from which the beverage was derived, were highly valued and used as a form of currency. When Hernando Cortez, a ruthless conqueror, set his sights on the Aztec nation, he was introduced to the bitter drink by King Montezuma. Cortez proceeded to pillage their country and take over their lands, which included the cacao plant.

Back in Spain, Cortez had no idea what he had stumbled upon until some enterprising chemists added sugar and honey to the bitter beverage and happily introduced a drink which became the forerunner of hot chocolate, ushering in the world's love affair with chocolate. By the 17th century, Europe's elite was happily guzzling the newly prized beverage (were waistbands expanding concurrently, one wonders). And with the promise of aphrodisiac, as well as medicinal powers, small wonder that it took off.

But, alas, until it was mass produced in the latter part of that century, the masses could only dream about it, as the cost was too high and the Easter bunny only a far off fantasy. In the early 1800's, the Dutch discovered a process to make powdered beans less bitter and paved the way for our present day cocoa, still called "Dutch chocolate." Soon, solid chocolate was created, and Katy bar the door, Europe developed an insatiable sweet tooth. Mid-1800's. a resourceful gentleman by the name of Joseph Fry took chocolate paste and a few other ingredients and pressed it into a mold, which hardened and became the first chocolate bar. A few decades later, the Cadbury company began selling boxes of this glorious treat in their native country of England.

The Swiss, a country synonymous with chocolate, had a hand in creating milk chocolate and became the brainchild of the Nestle company. Sound familiar?

Not to be left out of the mix, American soldiers carried chocolate during the Revolutionary War, and it would sometimes be used as wages, when money was short (works for me). Once again, the value of the cacao bean was put into service.

Present day chocolate manufacturing in the U.S. alone is a staggering 4 billion dollar industry, with the average American eating over half a pound per month. Which might translate easily into that much in body weight gain!

Chocolate is synonymous with the name Hershey. Founded by Milton Hershey in rural Pennsylvania in 1886, it first started out as a caramel company. Soon Mr. Hershey branched out into chocolate production and introduced the first Hershey bar eight years later, with the express purpose of making chocolate available to the common man as an affordable treat. Not satisfied with just a factory, he built an entire town for his workers, and Hersheytown, PA came to life. Hershey kisses made their appearance in 1907 and were originally wrapped by hand, which required long assembly lines of women wrapping all day long, but the end result was worth it. In 1926, Hershey's syrup hit the market, and children of all ages could add it to their milk or pour it over ice cream. Not only a businessman but a philanthropist, Hershey created jobs for people during the Depression and provided for orphans at Hersheytown.

Numerous foreign countries supply the cacao beans to support the world's chocolate habit, and the value of chocolate goes far beyond the lovable candy. Many of these third world countries depend upon their cacao bean exports. Case in point,the tiny island of Playon Chico, off the coast of Panama, is welcoming assistance from outside sources to increase its production. A relatively isolated people, they look to the beans for medicinal properties and are beginning to export them for much-needed revenue.

There seems to be no end to this glorious product called chocolate. In the U.S., candies run the gamut from inexpensive drug store brands like Whitman's and Russell Stover, to upscale imports of Godiva, Lindt, Ghiradelli and Roche and everything in between. The original producers of chocolate and candies, Nestle and Cadbury, are still alive and well. (this author prefers Chicago-based Fannie May)

So whether you fancy a rich truffle, a Snickers bar, a handful of Hershey kisses or a thick chocolate sauce on your chocolate ice cream, from milk to semi-sweet, powdered or solid, bake with it, eat it straight or order it mixed in with your favorite coffee drink, it just keeps coming. And aren't we grateful.

More stories from kamika eleanor and writers in Feast and other communities.