3 Ways To Cook The Perfect Rice

how to cook the perfect rice 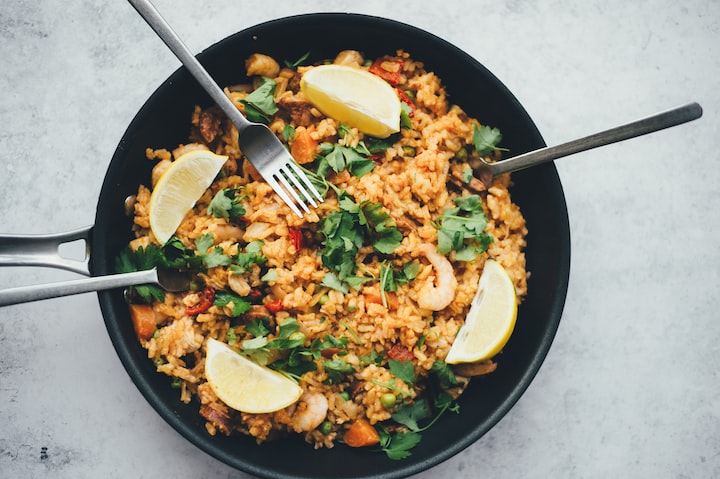 BOILED RICE – Boiling is about the simplest way. Properly boiled rice not only forms a valuable dish itself, but is an excellent foundation for other dishes that may be served at any meal. The water in which rice is boiled should not be wasted, as it contains much nutritive material. This water may be utilized in the preparation of soups or sauces, or it may even be used to supply the liquid required in the making of yeast bread.

Wash the rice carefully and add it to the boiling salted water. Boil rapidly until the water begins to appear milky because of the starch coming out of the rice into the water or until a grain can be easily crushed between the fingers. Drain the cooked rice through a colander, and then pour cold water over the rice in the colander, so as to wash out the loose starch and leave each grain distinct. Reheat the rice by shaking it over the fire, and serve hot with butter, gravy, or cream or milk and sugar.

Wash the rice, add it to the boiling salted water, and boil slowly for 15 minutes. Then cover the utensil in which the rice is cooking and place it in the oven for 15 minutes more, in order to evaporate the water more completely and make the grains soft without being mushy. Serve in the same way as boiled rice.

STEAMED RICE – To steam rice requires more time than either of the preceding cooking methods, but it causes no loss of food material. Then, too, unless the rice is stirred too much while it is steaming, it will have a better appearance than rice cooked by the other methods. As in the case of boiled rice, steamed rice may be used as the foundation for a variety of dishes and may be served in any meal.

Wash the rice carefully and add it to the boiling salted water. Cook it for 5 minutes and then place it in a double boiler and allow it to cook until it is soft. Keep the cooking utensil covered and do not stir the rice. About 1 hour will be required to cook rice in this way. Serve in the same way as boiled rice.

How They Make Paella In Spain

If youve never had the customary Spanish recipe of Paella, then youre surely missing out on something superb. There are actually many different variations of the recipe in Spain, and throughout the Spanish culture, but theyre all equally delicious.

The dish is made traditionally with seafood, however it can be made with chicken, vegetarian style, or rabbit as well. The one common ingredient that runs throughout however is the rice.

The type of rice that you must use for Paella is short-grained rice of which is the long cooking type; this is regardless of any other ingredient variation. If you are looking for a healthier version of the dish, then you can opt for a whole-grain or even a wild rice for yours, just be sure NOT to use instant rice and that when preparing the dish, the rice is able to absorb all the liquids. You want to find that happy medium of the rice not absorbing so much stock so that it becomes limp and soggy. This is when you know youve done it correctly.

One thing thats great about Paella is that it can be an impressive dish, even if you are surprised by an influx of unexpected guests. This is when youll simply add more rice to the dish to spread it out over more mouths.

Another great aspect of Paella is how flexible of a dish it can be. You can throw in just about anything you have in your cabinets in a dish like this. Again, you just need the correct rice, and a good hearty flavored stock. This is what gives the dish the flavor that you need to please the pallets of your guests or yourself. Using the ingredient Saffron, also known as azafran, is the key ingredient to the yellowish color that is given to the food. This is what distinguishes it as Paella.

A recipe for a great Seafood Paella is as follows. Youll need:

2 skinned and then chopped tomatoes. (Heres a quick Tip: Its best to skin the tomatoes by first dipping them in boiling water for a few seconds then running them under cold water. This will make the skin peel right off.)

3 strands of saffron which youll simply crumble by hand.

Youll begin by sauting the garlic in a pot or paella pan. Next, youll add the tomatoes, shrimp, peas and saffron. Cook this until the garlic is tender, but do not let it burn. Doing so will ruin the entire dish. Now put in the uncooked rice and stock. This will simmer for around 20 minutes so that the rice absorbs the stock and plumps up. You dont want the liquids to evaporate too quickly so be sure to cover the dish. Now just poach the remainer of the seafood in boiling water for only a few minutes. Youre ready to eat.

Be Inspired - Be Motivated

Would you like to clear out what's blocking your energy so you can manifest the life YOU want?

More stories from Be Inspired - Be Motivated and writers in Feast and other communities.