by Legend Gilchrist 4 months ago in depression 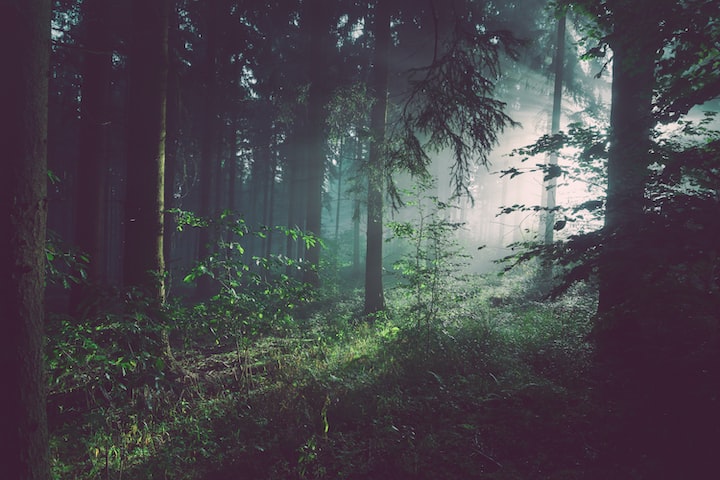 Do you have depression? Many people do. Some might say that they suffer from depression. Can you relate to this? According to the National Institute of Health in the United States an estimated 16.2 million U.S. adult had at least one major depressive episode in 2016. The NIMH states that this represents 6.7 percent of the U.S. adult population. Also, they state that depression is most common among in ages 18 to 25 (10.9 percent) and individuals belonging to two or more races (10.5 percent).

This is quite a large amount of people and it is very unfortunate that so many people have to deal with depression in their lives. I remember dealing with depression in my early 30's. In particular, I remember a time when my depression was so bad the only thing I saw was black. Not literally, I just felt that everything was black, negative, bad, horrible. I had no purpose in life. I hated my life, my work, my job, my relationships except with my wife, children, and close friends. I began to contemplate suicide. Personally, I believe that suicide is wrong and I honestly believe that it is.

I know that good people disagree with me but I have one thing to say to these people: EVERY life is valuable not matter what your circumstances. Sometimes, and I experienced this, a person with what is called "Clinical Depression" can't see the good in their lives and all they see is bad things, like me, all they see is black. As I said earlier, I experienced this myself. When things get this way, some people, even people with amazing lives (we have seen in recent history that even highly successful people have committed suicide to the dismay of their families and people who love them), think that suicide is the only solution.

Enough of that! Let's get more positive.

Let us discuss some options for people dealing with depression in their lives.

First and foremost, if you have depression, or know someone who does, see a therapist. A therapist engages in talk therapy. A good therapist doesn't talk much during the session; instead, you do the talking and a good therapist will ask probing questions to make sure that he or she understands what you are saying. They may offer some advice to you but I think that the main purpose of talk therapy is to clarify your thoughts so that you can give yourself needed direction in your life. Through the therapy, you may experience what I did, that you feel better even after the session.

Maybe not immediately. For some, it may take several sessions before this happens. When I first started therapy, in addition to depression, I had terrible panic attacks that caused me to be frightened to get out of bed for two hour each day. As I went to see my therapist, eventually the time that it took me to get out of bed went from an hour, a half hour, fifteen minutes five minutes, and finally I was able to get out of bed immediately! It was a total success story.

Through my therapy I now know how to deal with my depression, bipolar disorder, anxiety, and panic attacks. My therapist gave me strategies and techniques to learn how to both deal with and cope with these things. The therapist I go to engages in a practice called Cognitive Behavior Therapy (CBT). It's a very powerful therapeutic practice and you can learn it on your own without having to go to a therapist. If you struggle with depression, I would encourage you to either find a therapist that practices CBT or, if you cannot afford a therapist, purchase a book on CBT. CBT is a very easy thing to learn and you may find, like me, that it will change your life.

Second, for some people who are dealing with depression, medication may be helpful to reduce or even take away the feelings of medication. The topic of medication can be controversial for some people. I have talked to some people who struggle with various mental illnesses, including depression, who refuse to take medication because they don't want to deal with the side effects that will come as a result of taking it. I felt the same way in my 30's when I had Clinical Depression. I read an article in TIME magazine at the time that listed many psych medications and the side effects one would get if they took it.

After reading this article, and it was informative, I came to the conclusion that I wouldn't take an anti-depressant because of the side effects it would have on me. Instead, and I wasn't aware that I was doing this to myself, I got the privilege of having the side effect of living a miserable life with my depression! Not only that, I made the lives of everyone who was around me miserable, as well.

My wife and close friends put up with it and did their best to encourage me and be my friends but I could tell by the look in my wife's eyes that the fact that I wasn't doing anything about my depression was hurting her. I didn't care though. I just went on my way being miserable and feeling sorry for myself.

It wasn't until I started therapy, the benefits of which was listed earlier, that I began to cope with my depression. I learned ways to deal with it but I still refused to take any medication for it. I must say that anti-depressants are not for everyone. If you are unsure, meet with a psychiatrist to discuss options.

Thirdly, there are many thing you can do to alleviate depression that are not related to medicine. Some deal with their depression with having a good diet or exercising. In particular, I would encourage everyone who has depression in their lives to exercise. Other ways include, watching a favorite TV show or movie. I recommend watching a comedy. They say that laughter is the best medicine and I totally agree with that!

Practice something you love: crafts, reading, journalling, writing, biking, jogging, yoga, going someplace peaceful like the beach or a lake, whatever gives you joy. For me, I enjoy writing and in addition to this journal, I am currently writing a couple books. The point is, go out an do something that gives you some wholesome pleasure because you deserve it and you just might find that your depression subsides if not for a long time, for a while and that's worth the effort you make.