The Kindness of Limitations

(and my problem of planning ahead) 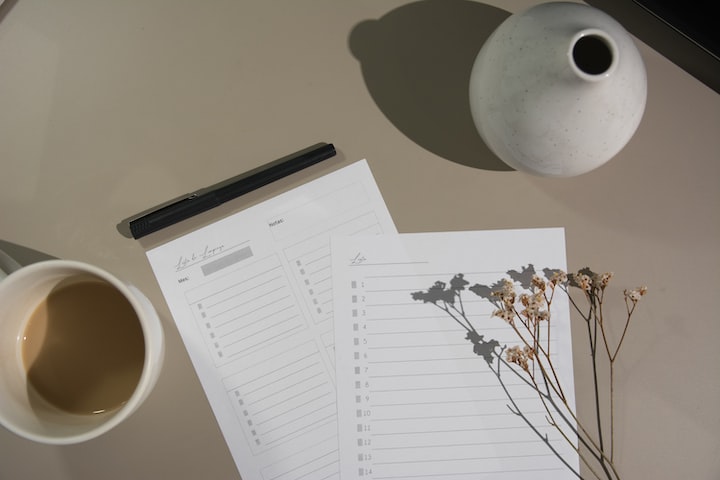 Photo by Paico Oficial on Unsplash

My heating pad lives by my bed.

Its chord, irreparably tangled from restless mornings, noons, and nights, having to sustain warmth for my greedy, cold self. I use it until my face is flushed.

It is draped over me this very moment. My cat, Bandit, is curled up beside me, sleeping with his eyes open again. It’s a bit unnerving watching his blank eyes dart around, and his whiskers twitch. I wonder what he dreams about.

He and this worn-out heating pad have been my two constants this last year. The first half of which I spent as sick and paralyzed by anxiety as I’d been in 2020. This was my first trip around the sun in which my life shrunk rather than grew. This is not, by any means, an occurrence wholly unique or limited to me. The whole world has been thrown through one hell of a loop since March 2020. Naturally, a global pandemic will do that.

Pre and Post Covid are a universal understanding of sorts for all humanity. There is a great camaraderie fostered by suffering, by change. We have all palpably felt this loss of something once taken for granted during this unwanted turning of pages. Some mourn the loss of normalcy, others the loss of their sanity coupled with, perhaps, the loss of a loved one.

I think it’s a matter all tying back to waning stability, which is an entirely different animal altogether.

Like most things in life, one often has to grace rock bottom before being afforded any glimpse of a light at the end of the tunnel.

For me, this meager, distant glimpse came in the dead of August.

Heavy-headed and unexpectant of any help, I found myself in a bright, new doctor’s office.

My collarbone felt uncomfortable, fighting against the neck of my shirt. The woman’s eyes were kind - an attribute emphasized rather than obscured by her dark-framed glasses.

It was with these kind eyes that she decisively handed me the word “lupus.”

This was not entirely a surprise in and of itself. It was having any diagnosis at all that took me by surprise. I’d learned never to expect it, to wait with wide, dumbfounded eyes for a fortuitous answer.

No, this was not a surprise. I’d been sick for well over a year and a half.

The arrival of summer 2021 found me spiraling, isolated, and undeniably changed. I’d become incredibly weak in the extremities, lost way too much weight, and couldn’t gain it back no matter my efforts. I was pale, sunken, and bruising. My family began to remark about my looking ill.

In other words, things were now at a bit of an impasse, and being handed a chronic diagnosis held its own curse (though it still felt faintly liberating). Just because I could put a name to it doesn’t mean I could predict it…control it.

Thus, I haven’t kept a planner since I got so inexplicably sick -- Just endless lists. I micromanage on the daily - chronicling symptoms for doctors, juggling due dates for school.

I’ve explained to countless men on dating apps that making decisive plans has become a nasty business for me. I am the biggest flake of all time. I own up to it!

I could wake up from peaceful rest doing just alright and succeed in some small way during the day, or I could wake up with rapid, unruly pains. There was no method to any of this.

That was probably the toughest thing to acclimate to. I no longer expected, let alone planned to be well. My health felt factored into an absurdity of chance - a daily coin toss by gods that don’t exist.

It was a form of weakness that was incredibly crippling, that left me more disheartened than I thought possible.

Without getting too doom and gloom, I would sum all this together as my problem of planning ahead. In other words, I no longer felt like I could afford to construct dreams and make goals for the future. Even worse, there was nothing to report, nothing to commemorate, nothing to photograph. My life had become so small - and looking ahead with anything but a blank stare felt too risky in terms of being let down - having to recognize your own self-delusion.

Luckily, New Years Resolution’s are notorious for falling through. It’s an inherent part of their connotation.

So maybe I could make one after all.

For the time being, I’ll aim low, so as to have a better chance of keeping my silent promises.

Even before I got sick, I remember consoling myself with the idea that all days are confined to 24 hours. That sleep always awaited me, that the sky would surely darken.

For, even then, I held sleep in such esteem. I truly could not function without it. I had friends who could go all night without a wink of it, then down a Bang energy in the AM, and manage through the day. It baffled me.

My mind and body always craved the release of the night to the point of necessity. And I knew that, I knew myself.

I also knew that making goals tends to quickly blur with daydreaming. We can map out our entire futures at seventeen through inane flow charts in a guidance counselor’s office because the future is not truly before us at that time. It feels far away and dreamy and, hell, full of possibilities, newness, and infinite intrigue.

Then, as adulthood hits, and the future is truly pressing up against us, and it is no longer fanciful but wrapped up in an existential question mark, we temper our ideations of empty hours or years.

This doesn’t happen at the same point for everyone.

My step-brother, for instance, still believes in the grandiosity of his own bigger picture. His goals blur with fiction, as all of our minds once did.

(If the woman with the kind eyes hadn’t spelled before me a term of diagnosis, I would probably still believe in my own self-delusion.)

This brings me to the cusp of 2022 - a year I once projected into with what now seems like an entire parallel universe of concocted fiction.

In the mindset of rest and staying (peacefully) attuned to my body and its ups and downs, its perpetual fight, my resolution is to be insignificant.

Outwardly, that sounds like a total wallowing-in-depression kind of statement, but that is not how I connect to that word, or rather how that word connects to me.

There is so much solace in the word insignificant because when I pare down myself to the essence - to a tiny blip on this planet, which is a mere blip in our single universe - I feel infinite.

I can sleep well, knowing the smallness of my being.

I love the dark space, open space, where all regiment gives way to rest, where it’s just you, but simultaneously no you at all.

In sleep, there is no planning ahead. That is its allure, its beauty, and its kindness.

Upon waking, I plan on giving myself that empty space and more by allowing myself to keep leaning into the flow of things.

If I wake up woozy and sick, I’ll breathe into it, so as to not let it cripple me. If I find myself treading out into the world again, into brightness and uncertainty and risk, may I breathe into those moments too.

Above all, may I be kind enough to myself to accept both when they come and be okay with not knowing much about tomorrow, or Thursday, or the year 2030.

May I always remember that the water is warm and the air is cold, and trying to find a balance between the two often feels unattainable. So when it is time to submerge myself or to shiver, may I not take either too seriously and let myself feel undoubtedly small (and perhaps scared shitless) but whole nonetheless.

More stories from Erin Shea and writers in Psyche and other communities.