by Patrick Callaghan about a year ago in recovery
Report Story 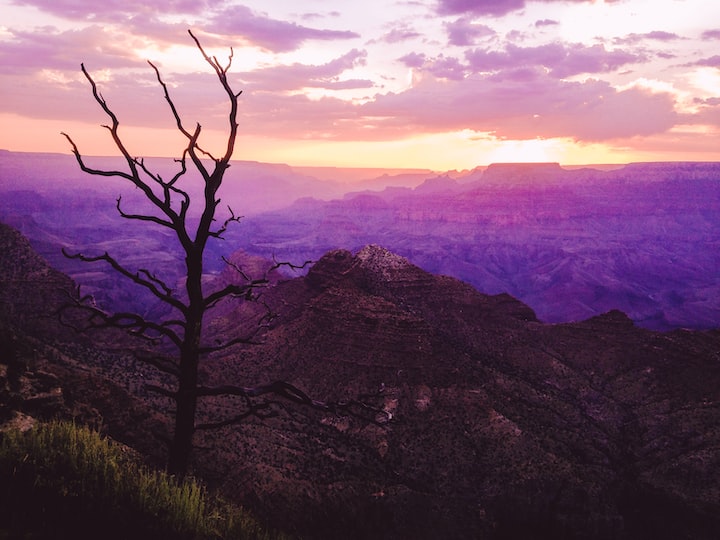 Photo by Leah Berman on Unsplash

I am a combat veteran. I served in the United States Marine Corps from 2006 – 2006 and was deployed to Iraq near the end of my time in the Corps. I only had one tour and then got to rejoin the civilian population and go about my merry way having proudly served my country, I got lucky.

Only the thing is, I didn’t get lucky. I, like many of my brothers and sisters who served, didn’t come back the same person as the one who left. Something was broken, something was damaged, something was misaligned. It wasn’t the sort of something that could be seen just by looking at me. This particular something was; however, all encompassing and affected every aspect of my being. All portions of my day from the breaking of the day to the dimming of the sky were tainted by this something. Attempting to avoid thinking about the something wasn’t much use. Trying to drown the something in alcohol and numb it away caused the something to retreat briefly but return ten times stronger. As you undoubtedly have guessed this something has a name, Post Traumatic Stress Disorder, and if we can name it we can fight it.

This is a story about selflessness and gratitude and I promise I’m getting there so bear with me for a few more lines to properly set the scene.

I had successfully identified my shadowy assailant, my mysterious something that was trying its very hardest to break me to the point of no return. To arms! To arms! Let’s fight this thing with everything we can, and fight I did. The various pills and potions were successful at shutting things down, but dimming them down too low and rendering me the emotional equivalent of Mr. Spock, boisterous fellow that he is. The therapy sessions at the Veteran’s Affairs, while somewhat helpful, always felt too clinical to be comfortable and ultimately I couldn’t stick with it. All the while I was still shredding my professional and personal life into tatters. In a last ditch effort I reached out to a family friend who had been a special forces boat captain during Vietnam, and somehow miraculously defeated his particular something of his own. It was this friend who put me in contact with the hero of this story, a little old woman in her 80’s and with the mouth of a sailor, a delightfully beautiful soul by the name of Betty.

Betty alongside her husband Al ran a retreat center up in wonderful Payson Arizona. They’d been successfully hosting business retreats and a number of other paid events at their retreat center. At some point Betty had a spark of inspiration after learning the dismal statistics regarding the suicide rates among combat veterans, and she set out to create a program. Creation was sort of Betty’s niche, she could create whole new worlds and dreams for herself and breath life into them and achieve them. Betty knew that if she could find these broken men and women and help them along the path they too could create their life as they envisioned it. Betty has a saying that it’s all about “finding the gift in the shit”, that while what we went through may have been terrible but there was undoubtedly something beautiful that could be found amongst the wreckage of what once was. Thus the returning veteran program was born and offered to these men and women free of charge. The program grew from Betty’s dream and expanded. The broken men and women came and after each retreat in the peaceful sanctuary they left a little less broken, and a little more hopeful. These same men and women came back time and time again until they became mentors to the new groups of lost souls who came to the woods to heal.

The program had been around for a decent while by the time I shambled my way up. I found myself surrounded by rough, grizzled looking men who had survived the horrors of Vietnam and yet their eyes were sparkling and their jokes and joy were blazingly bright. They, with the gentle loving guidance (and frequent colorful language) from Betty, helped to restore me to myself. They helped me to find the gift in my shit and create the dream and life I wanted for myself.

I realize this is supposed to be a story about a small act of kindness and this may seem a grandiose gesture; however, here’s the thing: to Betty this was a small gesture. This beautiful, freeing and life giving endeavor was the very least she could do. Betty had the retreat center, she knew the people who could help with the effort and most importantly she had the heart for it… so no sweat, no big deal, and she got it done.

More stories from Patrick Callaghan and writers in Psyche and other communities.