Murder in the Night

by Nola Hipsher 11 months ago in trauma

The Girl Next Door 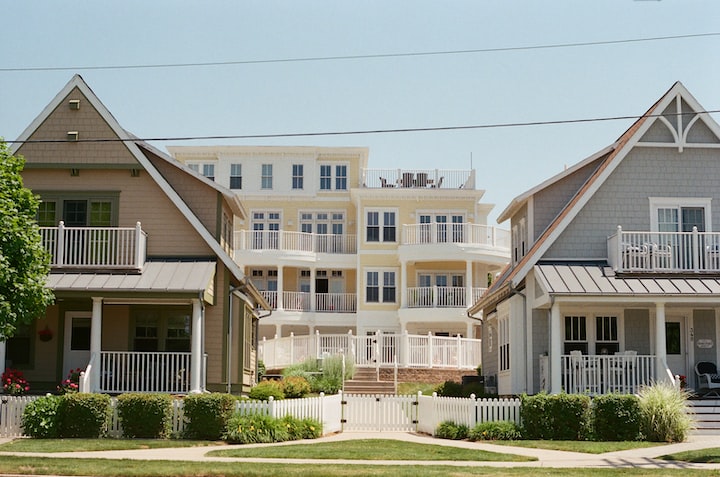 Photo by Isaac Wolf on Unsplash

I am going to tell you a true story. But because of the horrific nature of this story, all names will be changed for their privacy.

We moved in to the house next door to the Smith family on Main St. in 2006. We said our hellos but never really had a conversation for a couple of years. There was the Mother, Jan, the Father, Steve, and two children, Lois and Lucy. In my home was, myself, Sue, and 4 children, Mary, Brandy, Malachi, and David.

My oldest child was Mary. She was the closest age to Lois, with Mary being 17 and Lois 19. by 2011 we were all good friends and neighbors. Lois came over to our house a lot and brought her little sister, Lucy, age 4, with her. When we first moved in , Jan was pregnant with Lucy. David and Lucy were playmates, with David being 8 at that time. On Lucy's fourth birthday, they were having a party for her at a local pizza/game place and she only wanted one friend to come to her party, that was David. Even though David was older, he thought a lot of Lucy and her friendship.

Both Malachi and David loved going over to play with Lois. She had so much energy. She was a God-send to me too. She would take the boys and babysit them for a couple hours so I could get either some R&R or catch up on housework. Lois was a senior in high school that year. She would come over right after school to do her homework. She just got to be part of our family. We got along well with the whole family. It was also nice that our families were both Christian. Never really had any negative words or anything, just constantly lifting each other up in The Lord. Everything seemed so perfect. Steve would always wave hello, maybe a handshake, and say, "Keep up the good work".

I won't get in to all the details, but I would like to say that Jan and Steve helped us out so many times. We were a poor family and they, well, they were comfortable. One time, the boys were outside playing and Malachi had a habit of throwing stones. He threw one and it broke the back window of their car. After trying several months to pay for it, they just told me not to worry about it and they knew how I struggled. They just forgave me of it. I would have paid the whole thing, but they just wouldn't accept any more money. That, to me, is real Christianity. The love that they each shared towards others was genuine.

I want to stop here and say, I still feel the same way for this family, no matter what. I haven't seen them for ten years and I know if I saw them today, they would show that same love they did before. I also am not writing this story to shame them. Many people have tried to do that all ready. I am writing this to show how caring and loving they are. Most people, when something tragic happens, they only want to look at the bad and forget who the people represent. This family truly loves the Lord, no doubt.

Lois is Bipolar and she took certain medications for the illness. I wish everyone would go search out this illness and understand it before they start casting stones. Bipolar is specifically the "lows" that you may be feeling. Those moments of hopelessness. It is a lifelong condition that creates unusual mood changes that can vary in length and severity. You can go from feeling revved up and euphoric to feeling down and hopeless. With proper medication, it can be treated to control the severe mood swings.

Like I was saying, Lois is Bipolar. In her senior year of high school, she wanted to join the track team. She loved sports and was very fit and active. The only problem was, was the medication made her tired to where she just wanted to go sleep. Towards the end, I started noticing a difference in Lois. She would still come over, but she was more sluggish and tired. Like she was in a "low" depressive mood. I asked her if everything was ok and she'd just reply, "Yeah". She'd go to sleep on our couch or Mary's bed.

One day, while Lois was still in school, I had a talk with her mom about her mood lately. I told her it seemed like she was depressed. She told me she saw that too and was actually going to talk to her that night about it. The next couple of nights went by and Lois didn't come over. Something deep down inside just told me something wasn't right. The boys would go over and try to talk to her through her bedroom window, to come out and play. I told them to leave her alone, cause she wasn't feeling well.

This will be the dark side of the illness, Bipolar, and what it can do to a person not being treated or on medication. At first, Lois was taking her medication. When she joined track, she wanted to give it her all, so she stopped taking her meds.

On June 1, 2011, at 1:14 am, I was sleeping in my bedroom. My two boys were in the room with me sleeping on the floor in a sleeping bag. I was awakened suddenly to someone calling out for Jesus.

"Jesus, help me", the voice cried out.

I just figured it was some drunk person roaming around being stupid. I just turned over in my bed and tried going back to sleep. However, the plea did not stop and was getting louder.

"HELP ME, JESUS", was cried out again and again. So I got up out of bed and went to my front window. I saw two people out on the Smith's front yard rolling around on the ground in a fighting brawl. I went to my front door and opened it and then , very slowly and carefully, I opened the screen door just a hair. I hollered out, "What's going on out there?" No reply. Again, I opened the screen door and shouted louder, "I said, what is going on out there?" One person heard me and got up. I didn't recognize who it was. Then the person turned and ran into the Smith's house.

But who was she fighting? I went out the screen door to get a closer look on who the other person was. She was getting up off the ground by now , trying to get away, and crying, "Call 911, she's gonna kill me."

I ran and got the phone and dialed 911. Jan was running across the street to the neighbor over there, but there was no answer. I told her to get over to my house. I will keep her safe. She was scared Lois was going to come back out after her, but she quickly ran to my house and got in the door.

While on with the 911 call, I was asking Lois where Lucy was. Her reply was, "I don't know, she probably already got her."

I said, "Where's your husband?"

She said, "He had to go to his mother's for something earlier and isn't home yet, she wasn't feeling well."

Blood was everywhere. Jan had gotten stabbed in the chest with a kitchen knife and on the ankle. Lois bit her face and finger very badly.

At this time, my children started hearing the commotion and started coming in the front room. I quickly stopped them, and sent them to the back bedroom with their sister. I told her to go lock all the windows so no one could get in .

After it seemed like hours, the police finally got there. Jan's fears turned in to a reality. When Lois got up from attacking her mom outside, she went in and started to attack Lucy. I didn't know at the time, but Lucy was standing at the door screen watching it all happen. I can only imagine her utter fear when Lois came back inside.

Lucy was stabbed over 50 times and Lois had cut out some of her tiny organs from her body.

Lois ran from the house, but they caught her eventually with a K-9. She was found not guilty by the court for reason of insanity.

I still to this day will never forget that night. I had nightmares for months after and it didn't even happen to me. I read the article in the newspaper about the it and people's comments were so awful. They didn't even know her and they were saying very bad things and spreading rumors that she was on drugs or epsom salts. None of that is true. She was so loving and caring. I thought of her as part of my family. I just truly wish things could have been different.

If you know someone with this disorder, take action immediately for any serious mood changes and get them help!

As far as I know, Lois was sent to an institution for mental health. I believe she is still there. Her family has forgiven her for what happened because they know that wasn't really her, it was her sickness that did it. Lucy is very much missed and would have been fourteen years old today if she was still alive. Rest in peace, little one, we'll see you again someday on the other side.

I love to make people laugh, or to be an encouragement. I truly hope you will like or love my writings. Get to know me and those around me with each letter written.

Read next: My Grandfather