by Alexandra Lacey about a month ago in eating 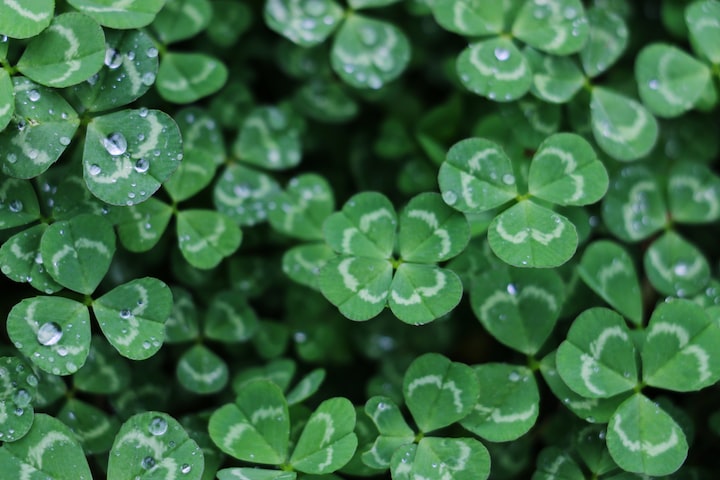 Photo by Yan Ming on Unsplash

​I was the kid who got bullied, not lucky. Which explains why I am so greatly astonished when luck strikes me now.

​By the age of twelve, I had been repeatedly told I was fat and unacceptably overweight by both my peers, relatives, and even my very own brother. I can recall the exact moment in time where I decided to count my first day in calories. One of many to come, my self love or loathing became fully dependent upon the exact amount of energy which I would consume throughout the day. My family was vacationing in Mexico for the second time that year, and I was contemplating what would come of me eating precisely one serving of Life brand cereal squares, rather than brainlessly downing however many pieces my body seemingly craved. Little did I know the birth of my complex relationship with food had begun right then and there. I slowly found myself tossing aside fatty options, and turning my nose up at any offer of snacks. I banished all the foods from my body that my parents had raised me to understand were “fattening” or “unhealthy”, and soon decided to turn away anything with an uncertain amount of calories, with the exception of fruits and veggies.

​I can still remember the sweet aroma of black tea, complete by milk and honey, for I would only consume it the proper English way thanks to my late grandmother. It was the one comfort that to this day I have not learned to forfeit, even for the last few pounds of fat my body retained in later stages of my anorexia.

​Frozen lasagnas and gooey mac n cheese were traded in for a freezer stocked sky high by Lean Cuisines and VitaTop muffins. I knew calories and food composition like the back of my hand, always wincing as memories of my monumental sized lunches from elementary school resurfaced. I was always the fat girl, the one who loved running and writing but was never going to be a looker. I am composed of the same 110 pounds today as I was in fifth grade, almost a decade ago.

​My desperation for the coveted lean and beautiful body only intensified as I engulfed myself in my dreamy gymnastics career at age thirteen. I had started late and pressured myself constantly to catch up to the other competitors my age, limiting my carbs and foreboding myself from consuming any fats. I was at a point of being unfunctionally hungry and weak all throughout my three hours of practice, when my coach began to question if I was eating enough for an athlete. I pulled it off as I was just incredibly healthy, but turning down cake at each and every teammates birthday, holiday, and team celebrations eventually raised the eyebrows of my mother as well. My parents spoke about it, lecturing me on the importance of not becoming “one of those girls that foolishly starves themselves as an easy way to stardom”. I swore I would never, and what an accusation at that, but in my own mind I knew the hunger was beginning to thrive and grow more and more powerful within me. I wanted to be empty almost all the time, up until a riding accident forced me to choose between horses and my (longshot doesn’t even do it justice) “Olympic dreams” which I shared with my best friend and teammate. I chose the horses, and grew increasingly more attached to a new friend whom I had met through the ranch. Her name shall be Reality, for she helped me ultimately realize mine. She was everything I wanted to be. Popular, beautiful, skinny, and loud. She had a voice that turned heads, and brought other girls running to hear all the magnificent tales she had to tell.

​Our friendship was never steady, and even today we keep a few lengths of distance between one another the majority of the time. She sought and found attention in every nook and cranny she searched. Boys would flock from school, the ranch, and even the internet to see this young American beauty, and I only ever wanted one. Seeing my desperation for some male attention, she finally set me up with her boyfriend’s best friend at the age of sixteen. I had only just received my license, and obtained my very first vehicle, Bertha, the grey Nissan truck. My new redheaded, adorably freckled, surfer boyfriend meant there was actual hope for me yet. By that point, I was not as luxuriously thin as Reality and had been steadily packing on weight since the ending of my gymnastics career. I was 125 pounds, and could never find myself secure and proud in my own skin when she was around. The problem lay in the fact that I was unusually quiet and tame, and being with the boy was much more enjoyable when Reality was around to entertain us all. However, I never failed to feel lower than her, uglier by some standard I held myself to.

​One afternoon, Reality, her boyfriend, me, and my guy, had all been perusing the ranch for a fun activity when my boy left early, and Reality made the executive decision to order pizza. I hadn’t expressed any interest in the pizza, but after years of restricting myself from greasy foods and forbidden sweets, I could not fully resist the temptation before me. I said no to the indulgence, until all that remained of the food trap was the crust. No cheese, no sauce, or meat. Just some bland and unwanted crust. I ate it. And for the first time, I just could not stop. 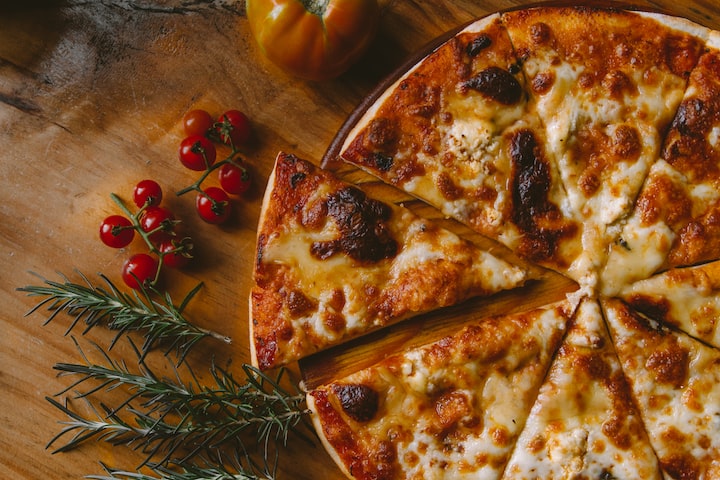 By Ivan Torres on Unsplash

​I went home soon after, feeling guilty and anxious, and downed countless glasses of water. I scoured the chatrooms and viciously searched for a way to undo my mistake and just throw up the awful things I had allowed into my body. To my applause, a small ball of the icky little crust had managed to resurface. It wasn’t much, but it gave me hope that if most bulimic forums claimed bread was near impossible to bring back up, then I might just might have a chance at successfully learning the art of purging.

​A time came days after when I indulged once more in an Ovaltine banana shake, and began to panic uncontrollably. Again, I failed to purge my sin.

​After researching further details of emetics and failing to find a video that would instantly make me toss my cookies without effort, I wandered out to every pharmacy in town on a mission to obtain some Ipecac. I told everyone the same shameful story about how my mother had always kept it on hand for me as a child, and now for my imaginary younger brother in the event of an emergency, but we couldn’t seem to find anywhere to buy it nowadays. I found that it had some major risks and side effects, and no place on my side of town had carried it in years. I thanked everyone politely, and returned home to sulk at my own desperation.

​I tried downing mustard water, and to no avail did that work. I discovered only that I enjoy mustard and am almost constantly craving sodium. Speaking of which, salt water became my next great experiment. I heard it was dangerous to do so, but I disregarded that for the sake of my sanity, and brought a bottle of the poison with me to the beach, where I parked to calm myself and take a breath. I guzzled it, and felt nothing other than an unruly taste it left behind in my mouth.

​Later that night, I again ate foods I would not normally allow, but once I got the faucet running in the bathtub, I chose to give my gag reflex one more go. Sure enough, saltwater and all, the contents of my stomach came spewing up into the toilet bowl. I cleaned up and showered the deed off my person, but I could not rid myself of the shock from what I had just done. I emerged from the bathroom with a few broken blood vessels in my eyes, and I knocked on my older brother’s door. “I just threw up” I said, almost emotionlessly, then informed him I was going out for some medicine in case I was getting sick. I instead ran away to the one place I longed for most, and sobbed my pain away into my horse’s fluffy winter coat. It was going to be a frightening year, but there and then I made up my mind to use my terrifying new talent as a way to cheat my restrictive lifestyle only once or twice a month.

​I soon slipped up, purging a handful of times the following week, then day by day I found it increasingly tougher to say no to my food cravings. I remember sitting in class, nervously awaiting the clock to strike three so I could speed home and cook up some waffles swimming in maple syrup, washed down by a giant glass of warm milk, only to be purged out of my system in the moments following the desired binge.

​Everything changed when I got dumped by the redhead, and got lucky by my first true love.

See all posts by Alexandra Lacey →