by Matthew Grantham 11 months ago in advice
Report Story 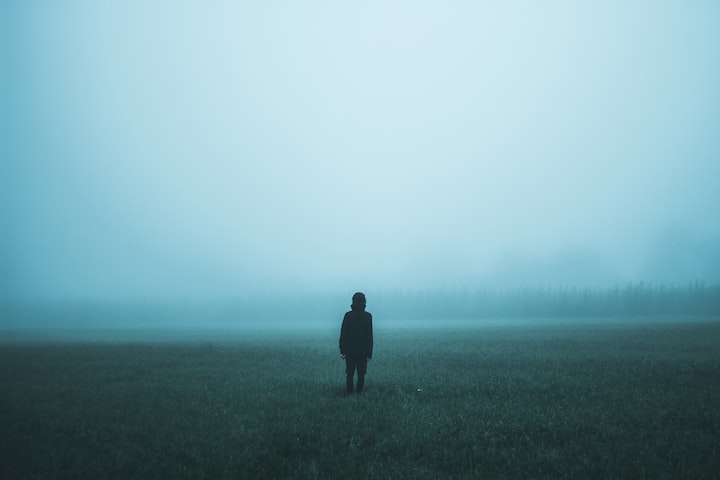 Photo by Jakub Kriz on Unsplash

I can say that now as I’ve managed to get to a point where I’ve got a handle of my mental health and I can say I’m no longer in my lowest moment however still being aware of my mental space. Why is it only now though that I feel okay talking about it?

I pondered this when I was in the thick fog of the D cloud but my answers were ‘because no one cares’ and ‘you have no one’ or ‘your work / family / friends are more important’ whereas now I see that it’s because we are all conditioned to believe that talking about your mental is a weakness. I, however, see it as strength and I want to tell you why along with some happenings / thoughts and feelings that I’ve come across along the way.

I think the main issue with talking about your thoughts and feelings with someone other than the person in your mind is that people are going to be judging you. This is a natural reaction to everything and I feel once someone has an opinion of you after that initial judgement, they can’t be bothered or aren’t able to move past it and they will forever see you in your vulnerable state. Is that fair? Of course, it isn’t but we’re not supported in society to welcome change and be able to change our thoughts and feelings towards something.

If you’re always Labour (UK political party) then you can’t be conservative (another UK political party), if you say you like banana’s, got forbid you ever say you don’t (or like me, you like actual banana’s but nothing banana flavoured), or if you say you’re straight but then you can't get with a guy one time because you wanted to give it a go (a fantasy of mine, as is every other gay man) but my point is that change is always deemed as a bad thing.

For some people I know change can be difficult to manage. It depends on the change but a big change that is likely going to happen in everyone’s life is death of a family member. Everyone reacts and responds differently, at different stages, at different speeds, some in different ways but it’s a change everyone affected needs to deal with. There is no support on how to manage this change, just ‘do it’. This ‘you can do it’ attitude that typically British people have is absolute bollocks, in my opinion, and yet it’s something that we have all said at least once in their life to someone when they didn’t know what to say to them.

Change is inevitable. It has to happen for things to grow, for a Larva to become a Butterfly it needs to evolve and grow and as humans, we physically change from baby to infant to child to adult and yet why is that if our views of something or our taste level or believes change – things that you can’t see change – that it’s so hard to comprehend?

When you’re talking about your mental health, (at the time of talking about it might be a mental illness and there is a difference) but when you’re talking about mental health to anyone, they already think they know how you are because mental health is more talked about then it was. One person’s depression will look different to someone else’s and it is different. That also means that the way it is treated is also differently however both of these things are done in a general way, in a way that it shouldn’t be, but is accepted. Like me for example, working in the industry I do, I know that it’ll take a long time to get seen by anyone who can help me for mental health if I was go to via the NHS. That is not at all in disrespect to the NHS, more that so many people require support but there is not enough people to be able to provide it.

I then turned to myself. I would hope people would turn to friends and family or whoever is within their support network but I didn’t as I suspect others feeling this way would agree, you don’t feel like you can – you are burden, no one cares, sort it out yourself – and I guess in a way I did.

I don’t know where it comes from but I often think of ‘alter, avoid, accept’ and it relates to how you respond to things. Ask the question. Can I alter this? If you can, great – how you going to be do that? If you can’t, next question is can you avoid it? This is likely a yes in maybe people’s thought process as ‘out of sight, out of mind’ and if you avoid something you don’t have deal with it right? Wrong. It eats you up inside but once you know that then the next question is, can I accept it? If this is a no, then you might have to go back and think why and can you alter it but if it’s a yes I can accept, then it’s how you can – what steps can YOU take to accept this decision. Accept this change. This is all circumstantial but this can relate to any situation. I’m going to tell you what I did to accept my depression.

First step – saying it out loud. This was the biggest step for me and man was it hard… Again, through conditioning, I felt I couldn’t be depressed. I feel like I’m a rock to many people and so for them people in my life, I could not show any weakness (what I thought was weakness) as it would impact them too. I also didn’t want people to judge me and treat me differently. I knew the judgement would come but it would annoy me if they were to treat me any differently to what they would ‘normally’ treat me.

I told myself first in my head. I saw it happen in front of me, someone would say something that I would normally take joyfully and as a joke but it would actually hurt me, I would create the scenario of ‘what if I told this person it hurt me what would they say?’ and that coping mechanism of planning the ‘argument’ in my head obviously didn’t pan out the way I thought and so even that caused the feelings to be even stronger. The more it happen the more I asked myself ‘what is wrong with me, what is going on?’ again, natural reaction is to believe this is something wrong with you rather than those around you. Working this out in my head was rubbish. I only had my point of view, my experiences and knowledge, my imagination so I was going nowhere but circles until I said it out loud.

Verbalising that thought was huge for me and people around me too. They didn’t expect it or know about it until I said it but for me it was a huge weight I was carrying with me, by myself, for no reason. This in itself was the first step of me getting through my lowest times. I didn’t seek help which I know I should have but I have had some mental health training and I knew the resources and support networks out there so I reached out and started my own course of self-care.

An act of self-care of self-love is different for everyone again, as is all mental health or mental illness. My biggest one was stopping drinking. I love a good drink and still do but I would drink every other day. Not a lot, just maybe the one drink – a glass of wine or a beer after work – if I had a bottle of spirit in, on a day when I felt I needed it I would reach for it and just have the one but until I stopped doing this, I didn’t see or understand the issue here.

The first time I stopped, each and every day after for the first 5 days I felt better. By better I mean I had more energy, I had more positive thoughts, I had more ambitions (even if it was to go food shopping) I WANTED to do more things, see people etc. I wanted to do more for me. After the 5 days those perks didn’t stop but mellowed out and I had the odd down day, as we will and do, but rather than numbing those thoughts and feelings I would address them. This was the hardest thing. I would ask myself what is it that is making me angry / sad / upset and ask why, and from there how can I not feel this way. I realised that I was using alcohol as my ‘avoid’ mechanism – dangerous really and something I imagine a lot of people do without really realising it.

I managed 30 days in total before there was an event where I wanted a drink. I didn’t want it because I wanted not to feel, I wanted to feel happy and to celebrate and I changed the narrative on what alcohol meant to me.

Another act of self-care I participated in was doing what I love – writing and reading. I had more time on my hands when I wasn’t drinking out of boredom or apparent need so I did what I wanted.

I exercised more. Something we always get told that we should do and we never do and I admit, I do this on and off most years of my life but as I stopped drinking, I wanted to start eating healthy and that then made my body wanted to get skinnier and my mind needed that dopamine and serotonin so it was an upward spiral from there.

Through these ‘healthy’ actions that we know about but don’t often participate in, I also wanted to help myself and researched how to be Resilient. There is a lot to this subject and I found out a lot and through this I did some self-discovery and I recognised that I am very psychologically influenced. For example, if I tell myself I’m going to be ill after eating something, I often am. I was telling myself I wasn’t depressed so I thought I wasn’t but actually I was and I needed to tell myself that to start the journey of self-awareness.

Being aware or your mental space is a strength, something I recommend you assessing as often as you can. You might have been told that you can’t or shouldn’t or unable to talk to about it but anything is possible and if you will it to happen, it will happen.

More stories from Matthew Grantham and writers in Psyche and other communities.