5 Ways in Which Amazon Prime Can’t Ease My Depression 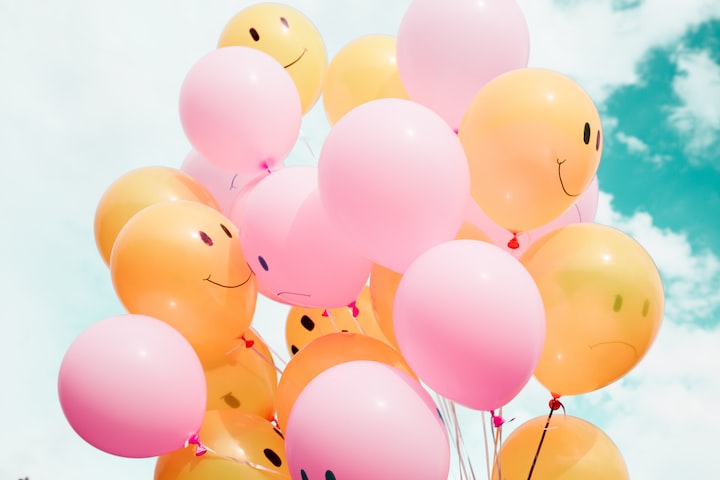 Photo by Madison Oren on Unsplash

Watching horror movies is good for your mental health. Something to do with the safe and cathartic release of emotions. Given that I’m always looking for a serotonin hit, I went swimming in the back catalogue of Britain's finest purveyors of terror.

Not just for the mental well-being benefits, but also due to nostalgia. My father was obsessed with these cinematic treats — it might sound weird to say that busty, vampiric virgins and middle-class Devil-worshippers reminded me of my childhood, but that’s just the kind of childhood I had. Happy, albeit infused with the diabolic.

Thus, in my head, these Gothic offerings from England’s masters of macabre are undisputed masterpieces of terror.

In reality, they’re poorly acted pieces of Day-Glo fluff with recycled sets. I know they were made on the cheap but — surely — the producers could have found more than one castle to shoot in?

This is the United Kingdom for goodness sake — you can’t move for castles. They’re everywhere. EVERYWHERE. Go up any hill in the UK. There’s a pile of castle-shaped bricks perched atop it.

Granted, Peter Cushing and Christopher Lee endow every outlandish encounter with more gravitas than it deserves. But they’re the only saving graces — these films are awful.

Despite the lofty academic claims that horror is NOT bad for your mental health, I was still expecting the subject matter to depress me somewhat. It didn’t.

I hope Van Helsing packed some hardcore laundry detergent and stain remover. He ends up looking like a handyman who has spent the last decade painting postboxes.

My childhood lied — this stuff is depressing.

Re-watching ALL of 007’s adventures made me reassess my life-long obsession with Britain's favourite spy. Why? Because the films are terrible.

Daniel Craig’s tenure isn’t simply a highlight; it’s the only one. It says a lot that Craig’s worst — ‘Quantum of Solace’ — bests all of Connery’s, Moore’s and Dalton's combined. Lazenby gets a pass. ‘On Her Majesty’s Secret Service’ is awesome.

The rest? I felt like my bleaching my eyeballs after watching them.

I honestly don’t know where to start. The casual racism? The misogyny? The lazy harking back to the days of the Empire? The plotholes? The amateurish back projection? Sending a secret agent into space?

It’s also made me question my homeland as a whole.

Whereas other countries might idolize political activists or Nobel-winning scientists, the British chose to hero-worship an assassin.

A cold-blooded killer who — if he was to take a psychiatric evaluation — would be deemed a sociopath. He’s basically Ted Bundy in a Tom Ford suit. That’s Britain, baby!

3. Trying to watch a film through IMBd Player — on Amazon Prime, again — then discovering that advertisement breaks expand the running time of a single movie to a week

I attempted to watch ‘Throne of Blood.’ I gave up after 5 hours. I could have flown to Australia and back and the film still would still be running. Without ads, it’s only 2 hours long.

4. Subscribing to one of Amazon Prime’s affiliate channels and being made to feel like an idiot

Don’t go down the Mubi or BFI rabbit hole. Don’t!

The James Bond movies might be garbage but at least you can understand them. Stay on that path in the woods. Don’t veer off into the trees because that’s where you’ll encounter movies with ‘subtext.’

And it’ll hurt your head and make you feel like a dunce.

You’ll encounter film censors who slowly go mad. At least, I think that’s what happened — it might have all been a dream — or a film within a film. No idea.

Or movies in which tropical fruit murder Brazilian fishermen. There are now things I can never unsee.

Or films where the characters spend three hours gazing out of various windows at storm-ravaged landscapes. They intersperse this gazing with random acts of graphic violence using coat hangers and then having lots of sex. Before returning to gazing out of windows. My brain still aches.

Then there’s the one about the cat-turned-union leader.

Those two hours were so trippy they made the end of ‘2001: A Space Odyssey’ look like an ‘Ozark’ episode.

I’m either incredibly stupid or these films are.

5. Creating a listicle of things I watch on Amazon Prime that do not ease my depression

If you've liked what you've read, please check out the rest of work my on Vocal including my Top Story -

If you've really liked what you've read, please share it with your friends on social media.

More stories from Steven Fitzgerald and writers in Psyche and other communities.