5 Tips For Dating With Social Anxiety

by Alisan Keesee 11 months ago in anxiety
Report Story 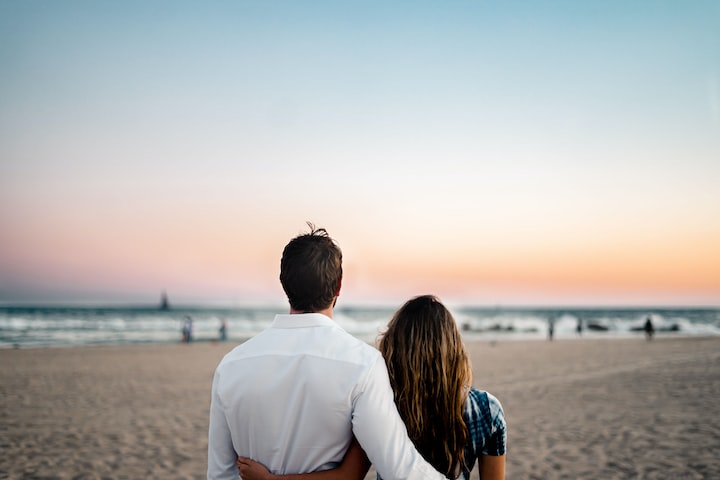 Photo by Felipe Callado on Unsplash

Anxiety disorders are among the most common mental illnesses in the United States and around the world. According to the National Alliance on Mental Illness (NAMI), approximately 40 million adults have an anxiety disorder. Of those 40 million, around 15 million have social anxiety disorder.

Sure, I sometimes avoided social interactions and got overwhelmed in crowded places. I would become exhausted by socialization and worried constantly about what others thought of me. But, these symptoms are not necessarily unique to social anxiety. To me, my Generalized Anxiety and natural introversion explained these tendencies.

In high school, I had no problem speaking up in class, not too much in college. I have friends and have had many of them for years. I am capable of forming relationships. I even have done some public speaking with only manageable levels of stress and anxiety. Sure, I don't put myself out there, but I didn't fit the stereotypical idea I had social anxiety.

It was only when I looked at the little actions I took every day that I realized just how wrong I was. I often take the stairs to avoid being in an elevator with someone I don't know, or worse, someone I do know. I thought about what other drivers might think about me on the freeway. I worried I was a terrible person who didn't deserve what she had. Sometimes these thoughts were a drop of water in the river of my thoughts. Other times, they were an oil spill that could take days to clean up.

Having suffered from varying degrees of social anxiety along with my other two anxiety disorders for pretty much my entire life, it has held me back and stunted me in some ways. One of these is dating.

Now, anxiety is totally to blame. There were other personal and situational circumstances that contributed to my lack of dating until my 20s. But, when I finally decided to put myself out there and try my hand at dating, it was my anxiety that held me back.

Eventually, I used the pandemic to my advantage to start virtually dating, something that would be easier for me than in-person dating. Now, after a few failed dates, I have finally gone on an in-person date and am seeing a promising prospect as far as a relationship goes. Throughout the past two years of sporadic on and off dating via dating apps (pretty much the only way to do it nowadays), I've learned some things that I think others with social anxiety (or anxiety in general) may find helpful when entering the dating world.

First and foremost, while I do not think it's necessary to put your full diagnosis out there, I think stating somewhere on your profile that you're anxious, have anxiety, etc. can help give you peace of mind that your matches (hopefully) read and accepted that part of you. However, it also gives any potential courters a heads up. Even if you want to skirt around the cause, saying that you like to take it slow is always something that can weed out those unwilling to do so.

In my initial profiles, I usually was vague. Eventually, though, I became more upfront and even made jokes about it. Try out what way works best for you.

If you're like me, in-person dating may sound incredibly daunting. Whether you're worried about a potentially awkward encounter or being kidnapped and murdered, in-person dating as someone with anxiety is not easy, simple, or straightforward.

When you reach the stage of possibly going out on a date, see if they might be down for virtual coffee instead. Getting the preliminary "getting to know" you things out of the way in a safe environment where you have control (aka can hang up and block at any time if need be) makes dating easier, as well as allowing yourself to be vulnerable and truly yourself.

In my dating app adventures, I used four different apps. The first one was a mainstream app that I wanted to try out. It ended up with me backing out of a date, misunderstanding, guilt, and a few weeks of paranoia.

Next, I did not actively seek out dating for about a year, but I did download a brand new niche app at the time to get myself comfortable in the feel of online dating. Eventually, a year after my other experience, I downloaded another more mainstream app, though this one came with better reviews and a recommendation from a friend.

It certainly was better and more fun to use. But, my anxiety still got the best of me, and ultimately, nothing came of it. Well, except that I got more comfortable addressing awkward situations or confrontations. I learned to keep up my boundaries better and the failures did not bug me as much.

During quarantine, I also got into MBTI with a friend. Scrolling through MBTI memes, I came across a new MBTI dating app. Curious, I downloaded it, but as an experiment. I wanted to see if my matches would truly be better when taking something like MBTI personality type into account. Additionally, since it was a niche app, many people were far away, which took off the pressure of in-person dating.

While I did eventually go on an in-person date from this app, it was only the experiences of using it and the confidence I built up after 2 years of failed dating (and probably my more recent Zoloft prescription). In short, I recommend trying out a mixture of apps, but ultimately, I found better results and matches from more niche, catered apps.

#4: Listen To Your Anxieties, But Don't (Fully) Give In

Listening to your gut as someone with anxiety can be a catch 22. On one hand, many of the fears and worries you have are likely irrational, illogical, or unlikely (you probably even know this). But, there have also been times when your anxiety has proven correct, or saved you from a much worse situation.

When I drove to my first in-person date, I felt anxious. I worried I wouldn't come back. To calm my fears, I shared my location with my two best friends and provided them with all of the information I had on my date, where I was going, etc. This helped, but there were many times in the days leading up to it that I thought about canceling it. Even the day of, I was unproductive the entire day as I lay in latent anxiety.

Yet, I am so glad I did not cancel it.

However, I'd had opportunities to meet up with dates before. But, I never did it. Some of it was my fault, I let my anxiety get in the way. Though, even with the person I am currently seeing, I refused to go back to their place on the second date. Would everything likely have been perfectly fine? Yes, I've been there multiple times now. But, I don't regret my decision to maintain that boundary.

If you're uncomfortable, feel panicked, have a bad feeling that's more than just your typical anxious thoughts surrounding dating, do what you need to. There are times where trusting your anxiety will help guide you. Just don't let it take complete control.

#5: Choose A Method Of Communication (At First)

Considering that most people have multiple social media accounts, when making the decision to move the conversation off the dating app, everyone has a different preference. Some provide their number, others their Instagram handle, and others their Snapchat. I chose Discord, though would be open to giving out my number.

These options felt safe to me. I could easily block if I needed to, and neither could be easily reobtained without a major hassle. Also, as someone straddling the Millennial/Gen Z divide, I've never really liked Snapchat much, most social media offered too many things to stalk me (one of my anxious thoughts). Therefore, Discord/texting was the best option for me.

I recommend doing something similar. It keeps the messages from becoming overwhelming. It allows you to control the information provided and how they communicate with you. On Discord, I keep my notifications off. And, when it comes to texting, I don't use it much for everyday messaging. It's easier for me to ignore (not that you should ignore a dating prospect, but when/if you're overwhelmed, it gives a feeling of control).

Dating is hard, even without anxiety. But, as I realized, you'll never find the happy relationship you want if you never take the chance. It's difficult, it's new, it's stressful, it is downright terrifying. But, I think, in the end, it will be worth it.