by Annie Kapur 20 days ago in coping

From one hypochondriac to another... 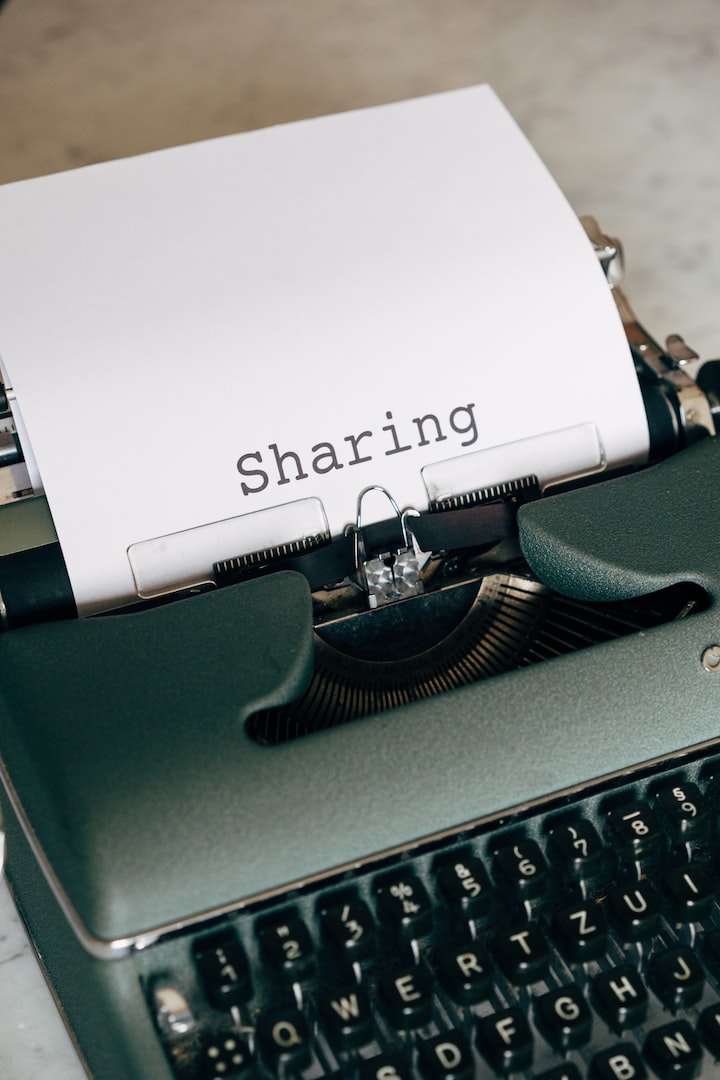 If you read my article that I published for my birthday, then you will know a little bit about me. Long story short, I suffer from agoraphobia and hypochondria and have for a very, very long time now. You would have also probably noticed that I have written articles on coping with agoraphobia. Remember, I say coping, not cures. I have personally never found a cure, but I have found methods of coping that makes it less daunting to deal with. I have never written one about my hypochondria because until about 2019, I had never really found a coping mechanism for it.

Hypochondria is a mental illness in which you feel like you have a physical illness, however minor or major and have convinced yourself that you have symptoms of it. It is also embodied as a health anxiety which means you may take medication such as painkillers when, in fact, you may not require them. There is a spectrum of this, some symptoms are worse than others - they can be caused by or causes depression, anxiety and/or OCD.

Symptoms of having hypochondria are difficult to pinpoint so, if you believe that you have been having symptoms then please visit a doctor and get them to refer you to a therapist. These symptoms can include but are not limited to the following:

Some Main Symptoms of Hypochondria

Please, if you feel any of these for more than four weeks (especially the third one and fifth one) then seek professional help - it makes all the difference.

Then we have the coping mechanisms you can do. Let me tell you a little bit about my hypochondria in order to do this.

For years and years, I have suffered with nausea to a degree I cannot describe. I would be at school and spending lunchtimes vomiting in the bathroom. I would be at university and spend some half an hour or so vomiting in the bathroom, getting dizzy and at one point, collapsing in the library (thanks for my friend Em, for being there to grab a nurse and thank you to the nurse as well). I have even been at work and I would always be ill, or grey, been throwing up or just having finished throwing up. Even my colleagues noticed that my skin was pale and grey. It was hypochondria, obviously but then there was a development.

When I was about twenty, I got a lung infection. For about six months, I was sick from a viral infection in my lungs. This time I was vomiting too - but this time there was blood. I was coughing blood, I was vomiting blood and I actually thought that I was going to be put out of this misery once and for all. It was not the start of my hypochondria, but it definitely set me back in terms of coping mechanisms. I could no longer use the ones I had used previously. I stopped eating certain things that I thought could have caused it that to this day, I do not go near.

When I was twenty four, I got what the doctor called foliculitis - or something along those lines. It included getting scabs all over my scalp through random cuts, bumps and caused me great pain. This set me back even further because now there was a physical notion that I could actually see. I was constantly scratching and touching my scalp. Constantly, I was getting my mother to check it to see if there were any developments. It developed even further into large wounds appearing in the scalp before the doctor stated it was no longer what they thought it was and currently, as of this day, they are arranging a biopsy for me. As I am a registered hypochondriac according to my medical records, they have not told me what it could be because it could make me nervous though - the nurse has suggested lupus. I don't know what that is though.

There's a reason why I don't know what lupus is.

That's part of the coping mechanism.

Looking up your supposed sickness, symptoms etc. can be extremely harmful to someone with hypochondria. It can cause breakdowns, panic, depression, anxiety and cause the person to take more medication that is not prescribed to them.

I won't look up what lupus is and I appreciate that the people around me are avoiding telling me what it is and what it entails because of this. Almost every illness etc. entails some degree of nausea and seeing the symptom of nausea can make you feel as if you have something a lot more serious than it actually is.

This is because we need to first of all, understand where the constant nausea comes from.

You need to understand that the constant nausea you are feeling is a symptom of the hypochondria and not the illness you think you have. It is surrounding the mental illness that you find yourself in. You need to be able to categorise that so that it does not get taken as a physical symptom of a different illness. When you feel like you may have something greatly concerning, be careful to mention nausea and explain that you have or may have hypochondria so the doctor understands the nausea is a psychological symptom as well.

This third one may sound a bit silly, but it has helped me a lot and saved me from various things. I hope it does the same for you.

Coping Mechanism Number 3: Cut your nails all the way down

This is especially important if you have the 'itching' symptom. As a hypochondriac, if you're itching with longer nails, you will not only be able to do serious damage via bleeding etc. but the main thing is that you may be able to see or feel those scabs and cuts you have and that is extremely dangerous for the behavious of a hypochondriac. You will continuously scratch them and touch them, they will get worse and worse until all hope has given up on them actually healing. If you have not worked out how to stop the itching (don't be ashamed, I haven't either) then make sure your nails are rounded and cut all the way down so you don't do yourself much damage that can be seen or felt.

Hypochondria can happen to anyone. It isn't a nice thing to have and if you do think you have it then I beg you to get yourself checked by a professional because it can be very dangerous. If you feel that someone around you has hypochondria then keep painkillers out of their reach, check their nails are cut down and reassure them by asking them how their 'anxiety-based' or 'depression-based' etc. nausea is doing. This will help them confirm that the nausea is because of the psychological symptom and not the physical one. I hope that I have helped even one other hypochondriac with this and put to bed some fo the stigma about us.

We are not freaks. We just need a little support and kindness and we thank you for any that you can give us.

coping
Annie Kapur
Read next: Never In the Cover of Night
Annie Kapur