Why you should drink better cocktails.

by Ted King 4 months ago in cocktails

Try thinking of a cocktail like a good book. 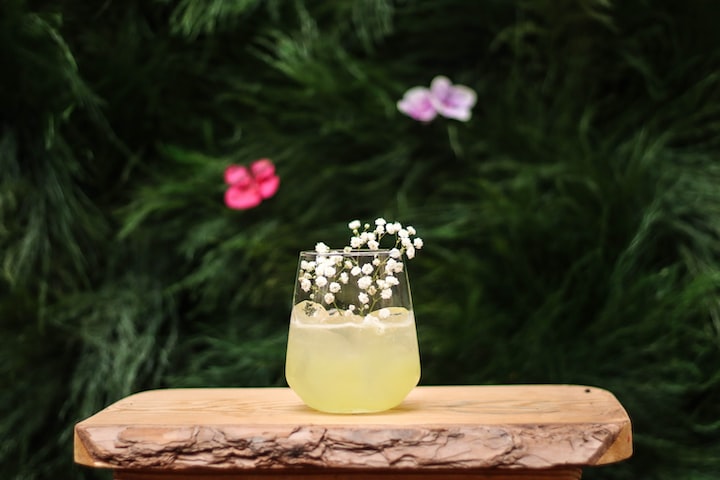 Photo by Emily Andreeva on Unsplash

Try thinking of a cocktail like a good book.

You can be cheap and just read the Wikipedia summary, or you can buy the full version and get all the subtle details that make life worth living.

A cheap version of a cocktail is just the same as getting your news from National Enquirer or Facebook. It's something that can be consumed quickly and forgotten about.

You want to be selective about your cocktails, like you are with the people in your life. You don't just go around making out with everyone who asks you.

Sometimes you want a nice and cold gin martini made with a superb vermouth and a complex and rare gin. Other times you prefer something like a dirty vodka martini.

What is a good cocktail?

A good cocktail is an amalgamation of contrasting flavors. The sweet, the sour, the bitter and savory all work in harmony to create a truly wonderful experience. This contrasts with most other drinks that just have one flavor or another. Simple and interesting combinations can be achieved like this Matcha Last Word cocktail.

When a bartender makes a good cocktail, there is always something that stands out. Whether it's the citrusy tang of an orange garnish or the bitter bite of some bitters added to balance sweetness.

A good cocktail is a symphony of tastes that work together to create something greater than the sum of its parts. It should be savored and enjoyed, not just gulped down to get quickly drunk.

But what makes a good cocktail?

A good cocktail is a harmonious blend of contrasting tastes and flavors. It should be something that you savor with your friends or alone, not just something to get drunk quickly.

The defining characteristics for a good cocktail are:

I would first like to talk about the history and evolution of cocktails. Most people are not aware that there is a long historical precedent for mixed drinks, dating back over 2,000 years ago. The ancient Greeks were well known for their love of wine, which was served with water at every meal and often diluted with ice in the summer months.

This made it possible to drink more wine while staying hydrated during hot weather.

The Romans continued these traditions when they conquered Greece around 146 BC but began adding herbs like mint or anise to sweeten their wine because they found the Greek wines too bitter.

The popularity of mixed drinks continued to spread into the early modern period, when new ingredients such as sugar and citrus fruits made it possible to create a variety of sweetened liqueurs. The invention of distillation in the Middle Ages also allowed for more complex alcohols like brandy and rum. These spirits were often used in mixed drinks throughout Europe during this time.

The modern cocktail can be traced back to the early 19th century, when bartenders in New Orleans began experimenting with mixed drinks. At that time, a typical drink would consist of Kentucky bourbon or rye whiskey combined with bitters and sugar. Bartenders also used fruit juices for flavoring their cocktails. Now, anyone at can continue this great lineage of making cocktails at home.

A good cocktail is one which has the right ratios of ingredients, so that each component part blends in with the others. And if you have a perfect balance of all of the elements, then it can become something truly great.

All of the ingredients are present in their own right and make up a unique taste, which blends into something entirely new.

Trials and tribulations of the art of drinking. Responsibly.

See all posts by Ted King →