Why do we drink coffee?

by Ted King 12 months ago in cuisine

Has coffee become a status symbol 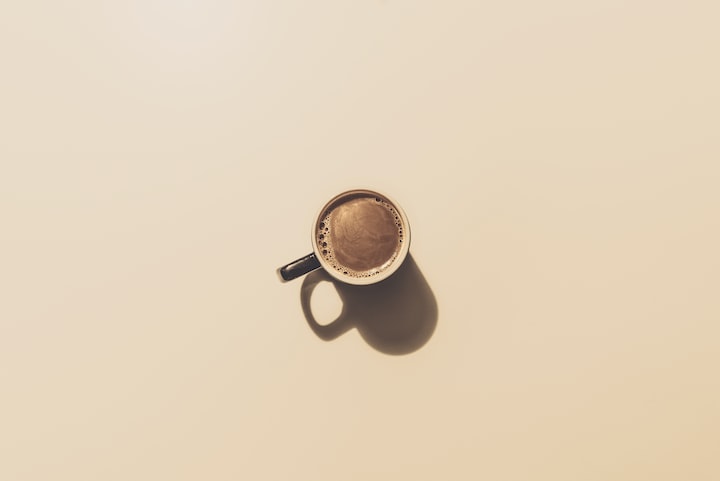 Photo by Jakub Dziubak on Unsplash

Coffee, a drink made from the roasted and ground seeds or berries of several species in the Rubiaceae family. After water, it is the most widely consumed beverage in the world. The main psychoactive ingredient of coffee is caffeine, which has been shown to increase alertness and improve mood.

Coffee is a stimulant, which helps people stay awake and alert. It is also used as an alternative to alcohol when it comes to being able to drive safely.

Coffee also has a very complex taste, which makes it easy to be consumed. There are many variants of coffee as well, such as cappuccino, espresso and latte. All these different tastes with similar yet distinct effects creates a huge variety in the use of coffee.

The main reason why humans drink coffee is to get a jolt of energy from the caffeine in it. This comes for the fact that most humans have to work throughout their day. The need to be energized in order to function properly.

We drink coffee to feel good. Coffee provides a jolt of energy, and this is often followed by feeling happy. This is because caffeine has an uplifting effect on the human mind.

But you could become addicted to it. Some say they have a "caffeine addiction" which is very damaging psychologically/emotionally as well as physically (makes you jittery). If you plan on stopping suddenly, your body has to get used to not having these chemicals anymore so withdrawal symptoms can occur such as headaches among others.

The amount of caffeine is in coffee can vary from 20mg to over 400mg. The average cup of brewed coffee has about 120-175 mg and the average espresso shot (1 oz) has 77mg. While this might seem like a lot, it actually isn't that bad for most adults.

The U.S government recommends no more than 400mg a day for healthy adults and cautions pregnant or nursing women to consume less, around 200mg.

If you drink more than 400mg a day, the following effects of caffeine begin to occur. Nervousness or anxiety, which is caused by too much dopamine (a hormone) in your brain and not enough serotonin. The caffeine blocks adenosine receptors on nerve cells making it harder for them to receive signals from other neurons that would normally make you feel sleepy are less effective.

Coffee is also used as a social lubricant in many cultures. It makes it easy for people to start conversations with strangers just by asking them what type of coffee they like.

We also drink coffee because it's a social activity. Coffee shops are very common in human society, and people tend to go there with friends or colleagues to have a cup of coffee.

You can also argue this:

Coffee is also seen as a status symbol. It shows the wealth of an individual by how expensive their coffee is and what type of fancy latte they are drinking. It is now progressing into a cocktail art, with coffee cocktails.

Coffee also has a lot of health benefits (may have). It is often used to help lower the risks of heart disease, diabetes and certain types of cancer.

Rational reasons for drinking coffee include its health effects, the logic that if a little bit of caffeine is good for you then more must be better, and that it's hard to live life without coffee. Even if these rational reasons are false (which they may or may not be), there are other reasons why we drink coffee: because our minds evolved to enjoy pleasure and seek stimulation; because it helps us stay awake longer; and because it has become part of our culture.

Trials and tribulations of the art of drinking. Responsibly.

Receive stories by Ted King in your feed
Ted King
Read next: Best of the Holidays