Mary Jane and Me

by Danyel Fields 4 months ago in culture 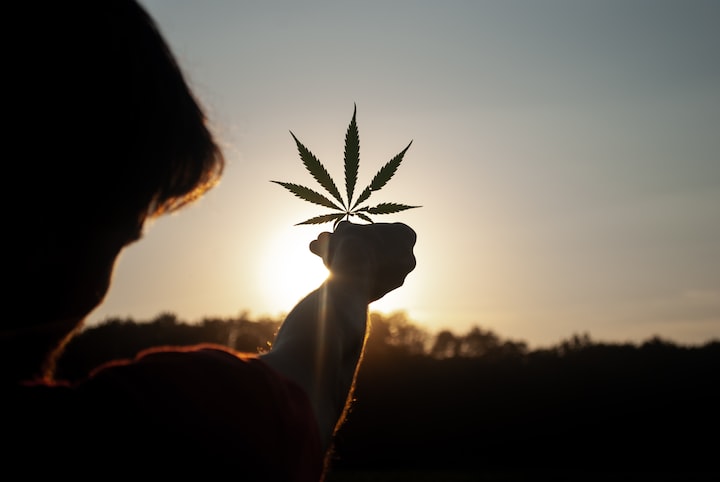 Photo by David Gabrić on Unsplash

Okay Mary Jane, Cannabis, Weed, Pot, and by the many more name's this plant goes by and has been a part of my life since a freshmen in high school. Yeah, you might think that wasn't that long ago but I am almost forty now. So, when you break it down like that, it's been twenty five years or so. Back then it wasn't anything like it is now in days. This story here is going to break things down in my lifetime on what I have learned and how it has helped me along my way.

Yes, in high school it did land me in some trouble but not like many people would think. Like getting stoned back then well it could really get you stoned. I was called out once by one of my teacher's right after coming back from lunch. And yes I was high and could not deny that to her. She let it slide that time and told me if I ever came to her class that high again she was going to turn me in to the office. I told her okay I wouldn't come to class high again. I did but not as high as I was that day, like I could barely keep holding my eyes open on the day I got into trouble. So, I could understand on why she called me into the hallway to talk. Other than that I didn't into trouble over it in school.

Now my parent's on the other hand they didn't really know that I was getting high at school. They called me out on being high a one time that I recall while I was living in their house. The thing I always found kind of funny but not at the same time was when they called me out on it, I wasn't high at all. The thought in my head was, the one time I'm not high and you're telling me I am. It didn't matter how many time's I said I'm not high, I was high to them. I guess they thought that because of the way I acted or how my eyes looked at that time. That's the biggest thing I guess is the difference on how I acted from one day to the next. This wasn't because I was stoned all the time. There were different reasons all together for the way I acted from one day to the next. I still have those days at time's.

Now, let me explain on why that was and still is at time's. I have had learning disabilities' since before I can even remember. Like I had to go to preschool to learn how to be a kid and still had issues all the rest of the way through school with learning. It is still hard for me to stay on subject for more than a few minutes. It has always been hard to talk in front of classes and even large groups. This doesn't matter if it was all friends and family or strangers. Reading and spelling has always been hard for me and makes me feel stupid if I need help with them. THANK GOD for my phone now! Seeing other kids blow through a book while I'm still on the first chapter, was like damn I must be dumb. It didn't help the factor being told I understood the book better than the others because it took me longer to read it. That just sounded and still does sound ridiculous, to me but can also understand it a little better since I'm older.

Now, on the other hand if you knew me in middle school you wouldn't think that I had that much of a learning disability. Well, unless you were in one of my classes along with me than you may have seen it. Other, than that you may have thought that I would never start smoking or doing any drugs at all. During sixth and seventh grade I was a PRIDE member, singing and doing skits telling younger kids how bad drugs were. We also talked about not being a bully and teaching to help each other out when needed. I was also was on the A&B honor role for the most part until Earth Science came around. But I didn't give myself much credit for that because I was in Special Ed classes and how hard was that really! Eighth grade I became a Peer Counselor and my duties were to help kids get along after a fight or argument during school. I also tried football and wrestling during my middle school years. None of these things really ever helped me to fit in with my peers, just be known. With always wanting be part of something in middle school, when high school came around, I left it all behind. Because high school was going to be better than that.

So, I thought anyhow, but it was still the same old thing. Special Ed classes with most of the same kids that I was in class with in middle school. Okay it wasn't the same old thing all at the same time. Once I hit high school most everyone knew me by my sister's in the higher classes. With being the youngest of the siblings the older one's were known before me. Trust me that is never a good thing when you get to high school. My sister's already set the bar for me before I even got. My sister's were pretty popular when they were in school. They were both, I say both but really two out of six sister's is more like it, were in choir and had a good reputation in the school while they attended. So. the bar they set for their special brother was quite high to reach.

Now me on the other hand, well I didn't sing and wasn't into sport's. I was the Special Ed one of the family. I knew almost everyone in the school and same vice versa because of who I am. I knew kids from every group that there was in school. I got along with most everyone and had kids I kicked it with my own little group, most of my closest friends were the potheads. We all kind of had the same thing going with knowing everyone in school. So, if you wanted to know what was going on; all you had to do was come to one of us and we would let you know what was up. This is when I became a pothead myself because it wasn't that hard for me to find. Why not, right? Everyone else was smoking, so I mine as well jump on that band wagon with the people I chilled with the most. At that point in my life I smoked to fit in and not feel like I was the odd ball of a group. I know it might sound silly to some but hey that was the way I felt back then.

Over the next years I smoked to help me deal with anger, anxiety, and depression. There is a lot that go into all these emotions and know this is only the surface of the issues. I have been through counseling, therapy, and even done self help classes to try and figure out my issues and come to rest with them. They did help tremendously don't get me wrong because you can ask some of my family! I am not the same person that I once was because of all that work I put into those things. During some of these times I was also placed on medication's to help me. So, yes I have tried pills to help me with these problem's but really they only helped with so much before it made me jump over the edge. What I mean by that is, I would be fine for a little while in a fake happy world that those pills helped shape; then BOOM going off like a timebomb. Always hoping that the rage wouldn't go to a blackout. Blackouts are never a good thing to go into because you never know what happens until it's to late. Some of those are things one can't take back. Cannabis/ weed has never made me go outside of my own mind, like those pill's did.

So, after I did all the classes and things I needed to do! Well, I went right back to smoking cannabis. Since I didn't like the feel of the pill's I will stick to smoking weed just like I always have. No one can ever tell me it's bad because most of those who do haven't tried it or didn't have the right guidance or no guidance. Each person will reacted differently to each kind of cannabis. It's also on how much and how often you use on how it affects one person

Now I am almost forty and know more now then ever before about cannabis. I am even writing other books about the subject and what goes into Cannabis as a whole. The thing's I have learned growing indoors and outdoors, and in greenhouse's. I also have a dream of having my own full garden one day. I have even put into thought about breeding my own strain's of cannabis. That way it is better to suit my needs and will also help other's as well. There are other plans and well not going to get into some of them because this would go on forever if I did. Now, with it being looked at differently all around the country and the world, it's like a dream come true.

Just know that cannabis is not the devil's plant. It can help with a lot of things if only given the chance. Have some knowledge and if you don't know don't be afraid to ask because there a lot of people out there willing to help you get the cannabis that suits you best.

Thank you for the read and I hope you enjoyed. If you can leave a tip and have a blessed day.

It is no easy life when you are the youngest out of seven and the only boy. Now since I am a man stories flow through my mind like whispers on the wind on a dark summers night. I hope you enjoy what you read as you truly see inside of me.

Receive stories by Danyel Fields in your feed
Danyel Fields
Read next: Medical Cannabis and Pharmaceuticals