Why should you listen to me?

by Arlene Butler about a year ago in healing
Report Story

Because.... I speak from the scar. 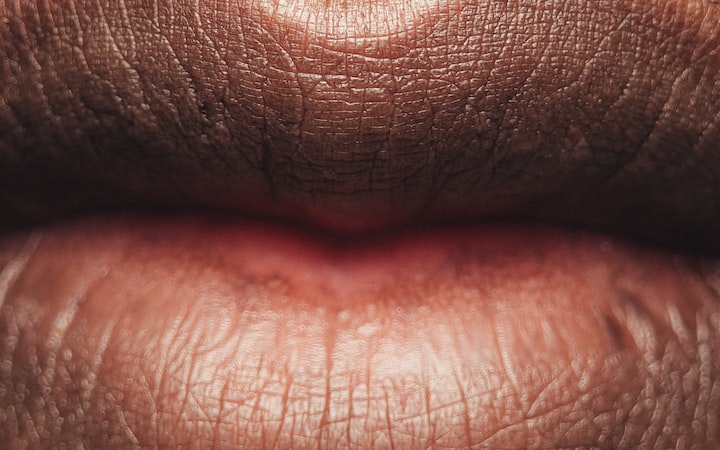 As a child, I was always told to do as I say not as I do. This was infuriating to me, especially when I saw them doing things, I knew were wrong. I had a strong bullshit meter from a young age, and it has only gotten better as I have aged. When I was a young adult, my mother asked me "Do you want to know what the problem with you is?" I replied, "I am sure you will tell me either way." "You think that everyone is crazy!", she said with a smirk. I could not disagree because I did think everyone is crazy. "And you think you are less crazy than everyone else!" she spit at me like it was venom. Again, she was correct. I do not think I am not crazy...just less crazy than most people. I often feel sorry for my mother, who is full of crazy, to have a child like me who is unrelenting in her ability and desire to identify and want minimization of the crazy. So, I became an adult, a social worker, a personal development coach, an Interfaith Minister, a psychotherapist and "Queen of My Life"! Ought to at least get paid well for this skill that I have! The current question is, "What is next?"

Becoming and claiming to be an adult is not just a chronological manifestation. To truly be an adult is a like climbing Mount Everest. It is a long, treacherous path with many pitfalls. It requires Sherpas to help guide you. Ultimately, one is rewarded with a confidence in self, the ability to ask for and give help and a spectacular view. As a child, I had a way of seeing the world that was beyond my years, yet I lacked the maturity to know how best to manage and use it. I have had so many experiences; I can relate to almost anyone's story and have seen a path that leads to the mountain top.

I have had a mother who I mothered and a grandmother to mothered me. I have had a man who thought he was my biological father give up parental rights so I could be adopted by my mother's second husband, and he became my adopted father. I had an evil stepfather who was an abuser. There were more "stepfathers" or my mother's husbands as I referred to them. One I never met and the final one was truly a decent man. As the result of a DNA test for fun, I discovered that I had a different biological father. There were also other discoveries that made it less than fun. Along with all of this, came a wild assortment of characters whose lives resembled an extremely complicated reality TV show or maybe just a downright brawl fest on the Jerry Springer show. Greed, lying, abusing power and social status were in play in my world during the 1960’s and 1970’s. Navigating these waters, more or less successfully, gave me a firm foundation to handle many the many things I would later face. Thank God for the Sherpas along the way!

College and young adulthood were full of drama and excitement of my own creation. I moved 350 miles to escape my family and begin my own life. There were boys and men of every size, shape, and color to explore and who were willing to explore me. There were a host of vices to choose from that were legal and not. I lived in a major city that was designed around colleges. Walking or taking the public transportation gave the luxury of easy access to whatever my heart desired. My heart desired it all. I also developed a group of great friends, coworkers and mentors who watched out for me and cared for me. Thank God for the Sherpas along the way!

After a radical shift in academic study from physical therapy to human services, I started to become more centered in my career. I was interested in the emotional walk instead of the physical walk. My first job out of college was a Street Worker…worker not walker! I hung out on the street corner and tried to get young people to not use drugs! I learned a lot about the streets at that job. Not sure I ever got anyone to not use drugs, yet I did develop a program where three times a week a group of community organizations took community teens on trips outside of the neighborhood. Maybe that planted a seed that there was something else out there for them. I was a Sherpa in Training.

Then I moved onto working with people who were being released to the streets because the state mental hospitals, their home for up to 40 years, were being permanently closed. There were very few services were available for the 1000’s of people hitting the streets and I was on the front line of that landslide. I had a whole career working with, developing programs for, and loving the people who emerged from what had started out as a hospital yet had become a long-term prison. The prison closed and the prisoners were let free to fend for themselves. They were certified crazy, and they wanted and needed help, support, and care. I became a Sherpa.

My next assignment was front line on the AIDS Crisis, then epidemic and then pandemic. I was a witness to the sickness and dying and the general denial of most people. I worked training doctors to ask the important questions about drug use and sexual partners. I did HIV education and prevention. I personally gave out tens of thousands of condoms. I taught people how to use them and even put them on your partner with your mouth. I was taught that trick by a sex worker in Baltimore’s Red-Light District known as “The Block”. I developed a comprehensive treatment program servicing over 400 HIV+ clients. I cried at their funerals. Being a Sherpa was tough emotional work.

My personal life was a series of relationships that caused me to learn things the hard way. Not my proudest moments yet certainly a graduate degree in what to do and certainly what not to do. I did finally succumb to the institution of marriage, buying a house and then getting divorced. I am proud to say I never did get pregnant during all these shenanigans. That was a miracle. The Sherpa Gods were watching out for me.

As I was approaching 40, opportunities to do more serious personal growth work presented itself. It was as if the stars all aligned, and it was smooth climbing for me. I was in a large amount of credit card debt which I paid off in a year and saved enough money to take a year off the following year. I was able to do this because I got a part time job that paid double of my full-time job. I fell in love with someone who shared my values and world view. That was the beginning of this 27-year committed relationship. I became a bonus mom to his two young kids who I grew to love very much. I moved cross country to be with them. I took a yearlong sabbatical. I lived at a home stay language school in Guatemala to learn Spanish. I travelled in India for a month and learned to meditate. I started to teach a course called No Fear Wealth!!!. I taught people how to have a different relationship with money and live debt free. I went to seminary to become an Interfaith Minister. Within a moment of graduating, I got recruited to be a Chaplain at a retirement community. I was there for 7 years and preached every Sunday and did 250 funerals. I became the spiritual walk Sherpa.

More moves were in my future. I moved from Chicago to a small town of 800 people in Virginia. I hated it. I worked in the hospice and got to really know the people in this area and then I fell in love with it. My partner’s contract was not renewed, and we had to move again. I was devastated so I took another year long sabbatical.

During my sabbatical, I drove the beverage cart at a golf course and saw how badly women can be treated when you are out on the back 9 with mostly drunken men. I also travelled to 14 countries and circumnavigated the globe travelling 35,000 miles. I started a project 1000 Cranes 4 Peace where I fold, give away and take a picture of each person with their origami peace crane. I gave away 1000 cranes on that trip. This project has led to me folding over 40,000 cranes and giving cranes away in over 50 countries on 6 continents! This led to an obituary goal to go to 100 countries. I have completed 92 as of today!

After my year away, I returned ready to open two psychotherapy offices. One was in the suburbs and the other in the mountains. Completely different communities yet both had people in need a Life Sherpa. I became their gal.

We moved to the mountains and welcomed paying guests into our home. There is a steady stream of interesting people around me. That includes a whole new set of video clients and hopefully Vocal readers.

Now, I am faced with the challenge of how I want to use these experiences and skills in the next phase of my life as an elder. I want to have a platform where I can continue to help, inspire, and make people laugh by sharing my thoughts and hard-won experiences on a larger scale while continuing to make money to support my travel habit. I would love to have a large-scale membership group that would have access to me to answer their questions or to help sort out problems that have a universal relevance. I would love to have a video channel where I tell stories of my life and the mistakes I made and successes I had and how I learned from them. I would love to have this membership group support the work of the 1000 Cranes 4 Peace. This would include a photo exhibition of the “Faces of 1000 Cranes” and a book called “The Tales of 1000 Cranes”. I want to make the next 20 years count! I want to be the Old Sherpa!

As you can imagine, these experiences described here are just part of the highlight reel. There is a lot more to the story. I have been wounded. I have survived many battles. I could have become bitter and angry. If that had been my choice, then I would be crazier than most. Yet given my less crazy than most perspective, I chose to heal my wounds and let them scar. I chose to speak from the scar not from the wound. This is what makes people want to listen to me and sometimes follow my suggestions. Maybe I will be the Sherpa of the Scar and we can all get less crazy than we are.

For work, I assist people improving their lives. My life goal is to go to 100 countries. 92 completed! My project 1000 Cranes 4 Peace gives away origami cranes for peace. So far, over 15,000 cranes in over 50 countries have been given.

More stories from Arlene Butler and writers in Motivation and other communities.