Don’t “Eat That Frog” if You’re an Entrepreneur 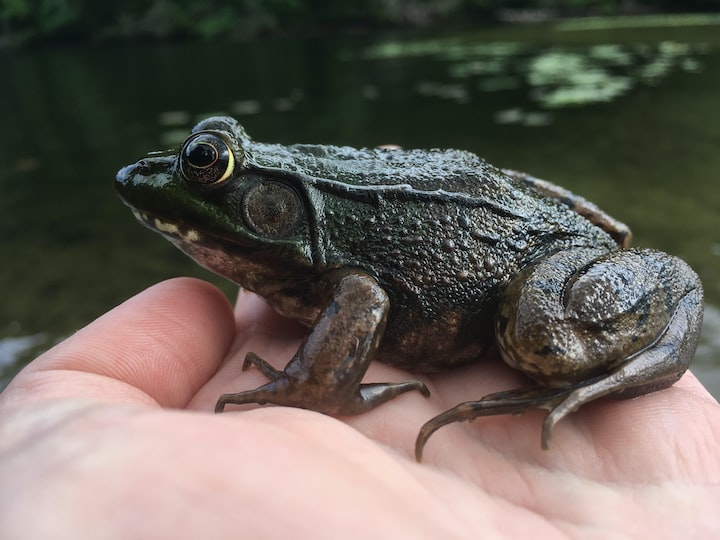 “Eat That Frog” is terrible advice for entrepreneurs.

He's wrong. Just look at any entrepreneur you consider wildly successful. Do they spend their best energy doing what they hate?

The most successful entrepreneurs focus on doing what they do best MORE not less. If their job is to eat a frog, they quit their job or delegate it to someone else—preferably someone who loves frog legs.

Which brings me to my second-worst piece of advice:

“Do you have the freedom to xyz?” is a terrible question my mom picked up somewhere when I was a teen. She thought it was a great question to ask and so did I—until I tried going against it to see how things would go.

My verdict? This question is toxic.

Like eating a frog, forcing myself to focus on the thing in front of me that felt nasty made me feel nasty and slowed me down in the long run.

Successful entrepreneurs don't ask if they have freedom, they pursue freedom so aggressively they don't stop to ask if they can have it. They seize it. Then they give it to others.

No, don’t Eat That Frog before doing anything else.

Sure, there will be plenty of things on your plate that are unpleasant and still need doing. It’s true you won’t always be free to scrape them off and let other people deal with them. (God knows I’ve had my share of frog-eating these past three decades.)

But that doesn’t mean you need to make a daily habit of eating frogs first thing in the morning or asking yourself if you are free before doing something you feel like doing.

Andrew Carnegie, one of the most successful entrepreneurs of all time, did his time “eating frogs” as an immigrant. Gary Vee calls it “eating 💩” and talks about doing it a lot—not just at the beginning, but now as one of the best-known content-creators online today.

But if Carnegie had focused on the hard things of life, he would have stayed an average hard-working immigrant. If Gary Vee woke up thinking about all the problems he has to deal with on the daily, he wouldn’t be energized to deal with them.

Instead, Gary Vee starts his day with gratitude.

In a video put out on Feb 3, 2021 he says (paraphrased), “I am so pumped to wake up in the morning that all the dog 💩 of my business day feels secondary.”

If you keep focusing on the nasty necessary things in your life they will stay first and foremost.

Do you want to eat frogs for breakfast for the rest of your life?

Or do you want to live free?

Eating frogs is nasty business. Just take one look at a frog and think about putting it in your mouth and your stomach will turn.

Everyone agrees that frogs are hard to swallow.

Frog legs are a delicacy in France. The story goes that sometime back in the 12th century a group of meat-fasting monks decided frogs could be classified as fish and the rest is history, as they say.

Their focus wasn't on the frog.

Their focus was on their desire.

The people who adopted the habit of eating frogs didn’t look at a frog and think, “that looks tasty!” They focused on their goal of satiating a craving for meat and found a creative way to reach it.

No one eats frogs to eat frogs. You eat frogs so you don't have to eat frogs, or as Gary Vee puts it “Eat 💩 now so you can eat caviar later.”

Isn't that what Mark Twain was trying to say in the first place? If you've gotta eat a frog get it over with quickly. My beef with Twain is that he calls frog-eating a job.

Entrepreneurs work themselves out of a job. That's what being an entrepreneur is, and that's why this advice shouldn't sit well with the ambitious entrepreneur.

Mark Twain’s Disciplined Frog-eater chokes down a big frog every morning, and will ‘til the day he dies.

Which do you want to be?

More stories from Paul and Jordan Aspen and writers in Motivation and other communities.