An Essay on Self-Esteem

by Beca Damico 6 months ago in self help
Report Story

this was for my college writing class 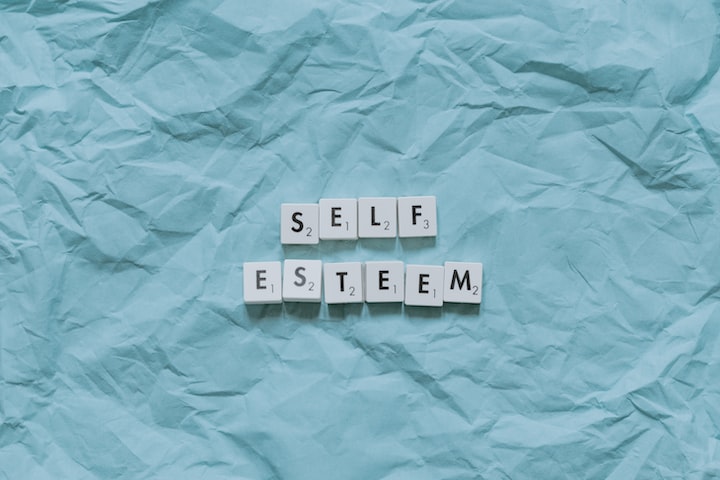 “It was Freud, after all, who said that the job of psychotherapy was to turn neurotic suffering into ordinary suffering. Freud never claimed we should be happy, and he never claimed confidence was the key to a life well lived” (Slater 6). Lauren Slater in her essay, “The Trouble With Self-Esteem,” makes a case against self-esteem and the negative consequences that can arise from the concept. More specifically, Slater argues that high self-esteem causes individuals to become prideful, entitled and in some cases physically violent towards others. While Slater does not provide her readers with a definition for self-esteem, I believe it is important for the purposes of this essay that we define the term. A study conducted in 2013 defines self-esteem as: an individual’s subjective evaluation of his or her worth as a person” (Orth and Robins 455). As a psychologist herself, Slater analyzes and even subtly criticizes her own field, suggesting that psychologists must change the way they assess and provide assistance to their patients in order to not cultivate and inspire high self-esteem. Slater uses evidence from Baumeister’s study which, “found that some people with favorable views of themselves were more likely to administer loud blasts of ear piercing noise to a subject than those more tepid, timid folks who held back the horn” in order to demonstrate the sense of pride that causes individuals to become violent towards neighbors (2). The author futhers her claim by using Emler’s statement that “people with low self-esteem seem to do just as well in life as people with high self-esteem. In fact, they may do better, because they often try harder” thus, proving that the traditional argument that high self-esteem can mean success is faulty (2). Slater offers the notion of “self-appraisal” as an alternative to self esteem because it allows the individual room to grow as well as space to control their own lives. The author poses the implications and possible violent consequences of self-esteem in our society and provides the reader with an alternate way of measuring oneself that doesn’t cultivate pride.

I agree in part with Lauren Slater’s view that the notion, and most importantly language of self-esteem must be removed from our society. Slater places a large emphasis on the connection between self-esteem and pride, and how the two influence one another. However, pride, when influenced by high or low self-esteem can cause someone to become violent, or completely despondent. By changing the language we tell ourselves we can begin to regain control of our pride and not allow it to overpower our other qualities. Slater provides this idyllic plan but no tangible roadmap to achieve the eradication of self-esteem, and executing this nonexistent plan is just as difficult as it sounds when one looks at the origins of self-esteem. In his article “The Politics of Self-Esteem,” Joseph Kahne explores how politics and economics influence and cultivate one’s self-esteem thus, becoming clear how deep rooted the notion of self-esteem is in today’s capitalist society. This approach to the issue of self-esteem supports Lauren Slater’s argument that we must do something about this issue, but it also proves just how difficult it would be to do so. In the opening paragraph of his article Kahne recounts an interaction he had with his students where he asked them “how they would know if they were successful teachers” to which almost all of them responded something along the lines of “we need to raise their self-esteem” (Kahne 4). He puts forward this example to demonstrate and bring concern to just how hard wired we are to accept self-esteem as an integral part of one’s education. Moreover, a Cambridge article by philosophist Jeff Spinner-Halev and political scientist Elizabeth Theiss-Morse, explains the intricacies of how national identity (of an individual or the entire nation) and self-esteem are connected. Spinner-Halev and Theiss-Morse state that “by encouraging a world that revolves around the nation to sustain and bolster people’s self-esteem, liberal nationalists inadvertently encourage a more dangerous world” suggesting once again that self-esteem is a catalyst for violence (Spinner-Halev & Theiss-Morse 516). More so, the article explores how one’s self-esteem and the wellbeing of their nation are connected, thus, if the nation is respected the individual will most likely have a high self-esteem but if the nation is not well regarded in the public eye then the individual will experience lower self-esteem. Additionally, the authors emphasize how much self-esteem is collective, stating that “people feel better about themselves if they believe their group is different from other groups in ways that demonstrate their group is the best” and vice versa (519). Spinner-Halev and Theiss-Morse conclude that “liberals should not primarily call for an increase in self-esteem” and that “in a world of nations … the relationship among collective self-esteem, national identity, and the possibility of intergroup discrimination, oppression, or violence is always present” (525). Essentially, the authors agree with Slater that a focus on self-esteem is dangerous and poses a threat not only to an individuals’ well being but to the wellbeing of entire nations as well. In addition, this essay by Spinner-Halev and Theiss-Morse helps further Kahne’s claim that self-esteem is deep rooted in politics thus, making it more difficult to eradicate the notion of self-esteem as a whole.

Furthermore, I believe that the conversation about self-esteem must also include a conversation in mental health, an aspect that was ignored by Slater. Many times, suicide can be linked to low self-esteem or self-concept; and even by modifying the language around this, individuals will still (and arguably increasingly) be faced with their own faults and shortcomings which might be triggering for some. Researchers and psychologists have been questioning and investigating self-esteem for decades before Lauren Slater posed her claim that self-esteem must be eradicated. In 1965 Morris Rosenberg, an American psychologist, published his book Society and the Adolescent Self-Image in which there was a chapter titled “Self-Esteem and Anxiety. While some may argue that this is outdated information, I believe that it continues to be relevant and even helps to further Slater’s claim while also bringing to light an aspect that she ignored. Rosenberg presents evidence showing that low levels of self-esteem are connected to feelings of anxiety in an individual. He even characterizes self-esteem as “a psychologically distressing state” which “[sets] in motion a train of events which leads to a state at least equally distressing, feelings of anxiety” thus, if self-esteem was erased from the equation, some individuals might be able to take control of their anxiety (167). This study demonstrates a real consequence of high and low-self esteem, and supports Lauren Slater’s efforts to change the way society measures itself. As mentioned earlier, Kahne brings into light something that Slater barely touched on which is just how much the concept of self-esteem and self-comparison are intertwined. And while Slater makes a good point in wanting to change how we view self-esteem, how do we get an entire species to suddenly stop comparing themselves to others? It’s virtually impossible, especially in the age of social media. The purpose of social media is to make one’s life public and easily accessible to others, thus, allowing and even garnering a sense of comparison and competition between individuals with different economic, cultural, and social backgrounds.

Needless to say, eradicating the notion of self esteem from our capitalist and politically driven (and divided) society is practically impossible. As proven above, self-esteem is directly intertwined with national identity and security, as well as mental health and its subcategories. There is no pragmatic way to completely rid our world of self-esteem without causing widespread disruption of governmental and sociocultural systems. Nonetheless, we can begin to use the same tools that cultivate self-esteem to in turn cultivate healthier lifestyles, improve mental health, and educate individuals on how to get help if they need it.

hi :) my name is beca and im a freshman at nyu! i love writing more than anything. in my opinion writing is the best form of self expression. here i will get to share what i am passionate about, i hope you enjoy.

More stories from Beca Damico and writers in Motivation and other communities.