What changes will happen to the body of the elderly if they insist on drinking milk for a long time? Don't be too late to know

Elderly people who keep drinking milk for a long time 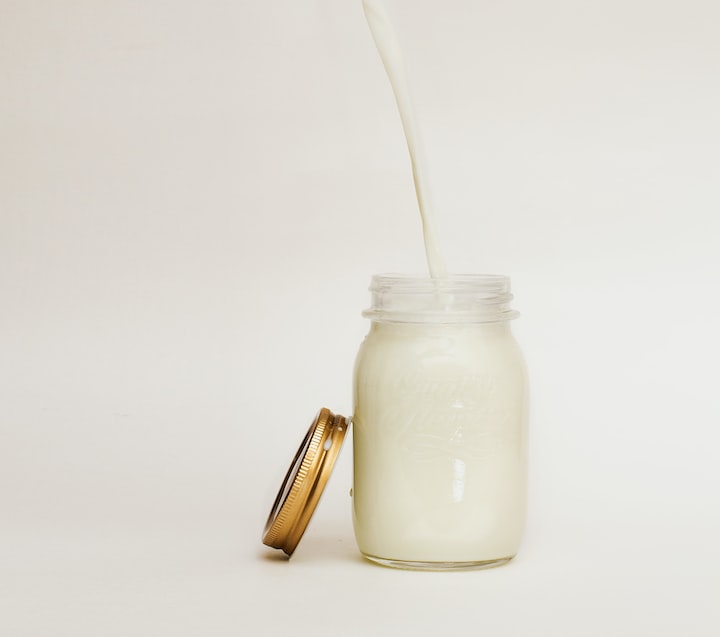 Photo by Nikolai Chernichenko on Unsplash

When you get older, should you drink milk well or drink as little milk as possible? How big is the difference between drinking and not drinking? When it comes to drinking milk, perhaps the first reaction of many middle-aged and elderly people that is milk is a good thing, but they do not take milk as a daily intake drink.

Many people feel that in addition to the milk has expensive, long-term drinking milk is also a considerable expense, but also due to uncertainty about whether the milk is suitable for the elderly long-term drinking, and will not bring health effects and concerns.

There are even some people who believe that milk is only suitable for adolescents and children and pregnant women to drink, and not very suitable for the elderly, so many elderly people usually want to drink and dare not drink, today we will come together to understand what kind of changes will occur in the body of the elderly if they insist on drinking milk for a long time?

The milk contains hormones, drinking too much will cause cancer.

About the problem of milk, there are reports that IGF-1 and tyrosine in dairy products are carcinogenic factors and can cause cancer if drunk too much, so is this statement true or false?

For this question, the director of the Department of Nutrition of the Cancer Hospital of the Chinese Academy of Sciences, Yao Qinghua, gave an explanation: that does contain IGF-1, but the content is almost negligible and will be broken down by digestive enzymes after drinking, plus the milk in the process of processing, will also lead to the loss of activity of IGF-1 substances, so we do not have to worry about drinking milk will cause cancer. "

And the U.S. FDA and WHO also believes that "there is not enough evidence to prove that IGF-1 substances can be carcinogenic.

Therefore, we must be rational about the fact that milk can cause cancer, but there is a study in Japan that confirmed that the risk of stomach cancer in regular milk drinkers has gradually decreased.

What changes will happen to the body of the elderly if they insist on drinking milk for a long time? Don't be too late to know

As people grow older, their ability to absorb calcium gradually decreases and the process of metabolism causes serious calcium loss, so people are prone to calcium deficiency in middle and old age.

With insufficient blood calcium intake, calcium will be lost, so the bones will be prone to such and such health problems.

And some studies show that fresh milk contains about 110 mg of calcium per 100 ml, and formula for the elderly contains even more calcium, making milk one of the best calcium supplement foods for the human body. Drinking 2 cups of milk a day, together with calcium from other foods, can better meet the body's demand for calcium, and bones will be healthier.

A British study found that milk contains a kind of tryptophan synthesized with serotonin, which has a calming effect on the nerves, and it is also rich in amino acids, which can put the brain in a relaxed state.

For the elderly who have poor sleep quality or frequent insomnia, a glass of warm milk before going to bed can be beneficial to sleep at night and also to the body's absorption of calcium elements at night.

When people get older, as the function of the body's tissues and organs declines, the probability of various diseases increases accordingly. People often say: "three days a small disease, five days a big disease", which needs to strengthen the body's immunity and improve the basal metabolic rate.

In this problem, milk is a good choice, the calcium can strengthen the bones, enhance bone density, and prevent osteoporosis. In addition, a variety of minerals and high-quality protein are the basis of life, and moderate intake is a prerequisite for strengthening the body.

The Fu Wai Hospital of the Chinese Academy of Medical Sciences has done a similar survey, the study surveyed more than 90,000 people, and finally got a similar result: a glass of milk a day, can give to make the incidence of cardiovascular disease reduced by about 23%.

What should I pay attention to when drinking milk for the elderly?

Do not boil milk at high temperatures

Many elderly people's gastrointestinal tract is not so good, to reduce the burden on the digestive tract, many elderly people will choose to boil milk when drinking milk this practice is biased.

After boiling the milk, some of the nutrients will be destroyed, which will reduce the nutritional value of the milk. The correct way is to warm up the milk to about 45 degrees Celsius.

Do not drink milk as water

We all know that milk is always rich in nutrients, so many middle-aged and elderly people will be milk as daily drinking water.

This is also wrong because we need to take in a limited amount of nutrients every day, milk contains too much fat, calcium, and another intake of the body that can not be absorbed, so it will remain in the body into what we call flab, too much milk drinking excess nutrients will also cause constipation.

Pay attention to the type of milk

There are many kinds of milk, such as skimmed milk and high-calcium milk, so you can buy milk according to your situation and replenish the nutrients your body needs in time.

Reminder: Although milk is good, not everyone is suitable, 3 types of people who less touch

Lactose intolerant people are those who have abdominal pain, bloating, diarrhea, and other symptoms after drinking milk, and some of them also have rashes, pimples, and other problems, which may be milk allergy, belong to the milk protein allergy people, need to promptly consult a doctor to confirm the diagnosis, and can not drink milk.

If you don't control the amount of milk you consume, once you overdo it, it will cause the secretion of stomach acid to increase at a faster rate, thus aggravating your gastric ulcer condition again.

People who have just undergone abdominal surgery will generally experience varying degrees of flatulence in their bodies.

If you continue to drink milk at this time, it will cause the milk to ferment in the body and then form gas, increasing the discomfort of the patient.

More stories from Travalino and writers in Longevity and other communities.