What does it mean to live a creative life? It means finding new and better ways to live. 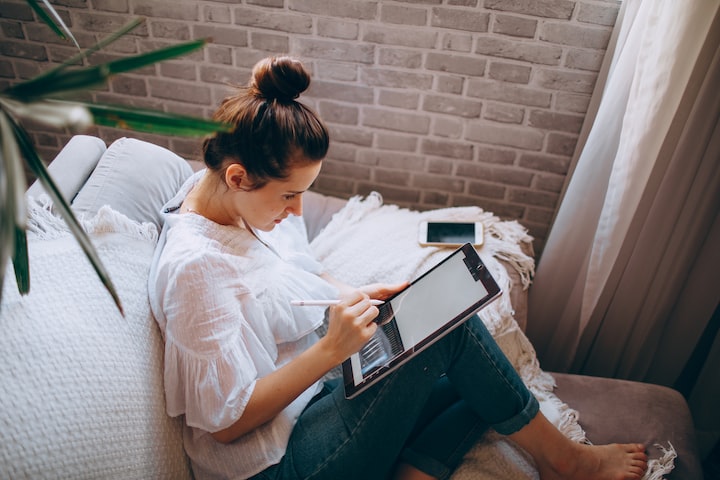 What does it mean to live a creative life? It means looking for new and better ways to live from day to day and year to year, rather than going along on automatic or doing what everyone else around you is doing. It means applying that brainpower to more than just paying the bills and winning those video games - and more than even creative thinking or writing.

For example, the usual approach to the problem of survival in a modern economy is to get a job. One’s creative impulses are usually limited to finding the "right" job and doing the things necessary or helpful to getting hired. But a person that is living a more creative life would approach this in an entirely different way. How? That depends on the person, and we can’t call it creativity if it is just a formula. But an example might give us an idea of a different way to think about this part of life.

There are many ways to make money that don’t require employment by a company. I have met people who pay the rent collecting returnable cans off the streets and from the garbage around the town they live in. I have had friends who made a living just working for individuals in whatever capacity they needed help, without ever having to fill out a job application. Others sell their handicrafts in parks and on street corners in major cities. I read a book by a man who started investing in real estate straight out of high school (and even while in it), and never worked a job in his life. Day traders and artists and prospectors have all found ways to make money - sometimes more than a job would have paid.

So there are options that can be explored. And as for the question about whether a person needs money to live in society, it doesn’t have to suggest that money is unimportant. It can lead one to question how much money is really necessary, or rather how little is necessary if a person makes managing it and using it appropriately a higher priority than making more of it. Some people can make less than $10,000 annually in the United States - poverty by normal measures - and still pay all the bills - and travel the world once in a while. I have known some of them.

There are many ways to live. A friend once lived in a tent. Others I’ve met lived in a school bus in the desert. I have known people who take care of other people’s homes as a way to live without rent. Some people build their own homes and cabins. Others get jobs that include a place to live as part of the deal. Still others travel and work when they can, living in any way that they can as they go.

This challenging of common cultural assumptions doesn’t mean that to be creative you have to live under a bridge and perform with trained raccoons in the streets for tips. This kind of questioning is just a start. Many very creative and unconventional people live in normal homes and have normal jobs. But they are not there just because that’s how it’s "supposed to be." It just happens to work well for them at the time. Many of these same people spent some part of their life traveling or volunteering in other countries or living on a boat perhaps. But if they live a creative life, they actually explore all the options they have for jobs, homes, relationships, politics, and for every other aspect of their lives.

Time and tide wait for no man.

More stories from Sinha Ceni and writers in Longevity and other communities.