Is there a relationship between alcohol and beauty?

by Sahina Bano 9 months ago in health
Report Story 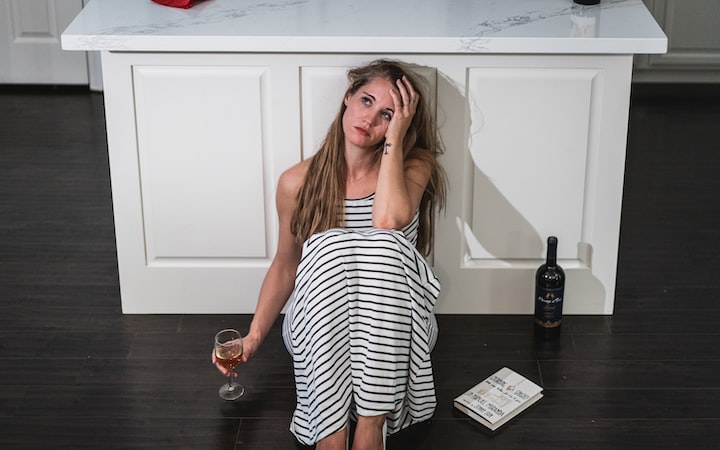 Photo by Zachary Kadolph on Unsplash

How does alcohol influence the state of the skin, hair, and body as a whole? Is it possible to regard little amounts of alcohol to be "safe"? What does the habit of consuming a couple of glasses of wine on a regular basis imply? I've talked to the experts and can tell you.

What is the definition of a lot?

We purposefully began the post with this part since many people are unaware of how alcohol drinking might impair women's attractiveness and health.

Normally, we consider two poles. On the one hand, there is so-called socially acceptable alcohol consumption: a modern female sits down with a glass of wine in the evening or relaxes with friends at a bar on weekends. The "typical" alcoholic with the right look is at the opposite end of the spectrum.

It's tough to fathom that between these two extremes, there may be a slew of hazardous, detrimental, and even deadly alcohol-related disorders and diseases. As a result, most people who drink excessively simply do not have time to become alcoholics; instead, they encounter the harmful repercussions of drinking early.

According to current studies, there is no such thing as a safe alcohol dose. Regular alcohol usage (including, of course, wine and beer) can have long-term health consequences. Furthermore, the daily limit for undesirable alcohol intake is just 130 ml of wine (if you drink it regularly).

What effects does alcohol have on beauty and health?

Drinking alcohol causes dehydration in the body, which presents itself in several ways, including visually. Dehydrated skin seems dry and lifeless, and it loses firmness and elasticity... It begins to be covered with a thin mesh of wrinkles - lines of dehydration that are independent of face emotions or age.

It is vital to remember that dryness of the skin changes its hydrolipid balance, which affects the skin's protective barrier and hence its sensitivity to external stimuli. Regular alcohol intake dehydrates the skin, making it prone to breakouts, inflammations, a "stale" look, and the early symptoms of ageing.

Overeating and being overweight are two further issues that alcohol may cause. Alcohol, according to some research, has an effect on the synthesis of hormones that regulate hunger. Simply put, when a person drinks his normal "little amount," his hunger increases and he eats more than usual.

If this occurs on a regular basis, "it's not apparent where it came from" extra weight emerges, and the girls begin to battle in vain. Furthermore, alcohol, in general, lowers the rate of weight reduction, which might come as a surprise to individuals who are trying to lose weight.

Drinking a glass or two of wine can also contribute to the emergence of distinctive alterations in the feminine physique. These include the infamous "sides," "extra" pounds on the hips and waist, and less defined face features.

Regular alcohol drinking might also raise the risk of female health issues. Alcohol, in particular, raises the chance of getting breast cancer: according to some estimates, alcohol is responsible for 5 to 11% of female breast cancer occurrences. Furthermore, the habit of consuming alcohol might raise the risk of infertility and difficulties during pregnancy.

And in general, according to British researchers, a woman's consumption of just a bottle of wine a week in terms of the overall risk of developing cancer is equivalent to smoking 10 cigarettes over the same period. Agree, this is a weighty argument in favor of abandoning the notorious glass of wine?

Of course, we could also mention the influence of alcohol on the activity of the brain and cognitive abilities (attention, concentration, learning), about the increased risks of developing cardiovascular diseases, depression of the nervous system and the occurrence of depressive disorders ... But the general picture is clear even without this: the systematic use of even "small doses" of alcohol is a habit that is better to say goodbye to.

How can I avoid drinking wine and other alcoholic beverages?

Although the question's formulation appears to be "not about us" - even in the absence of a visible dependence, the process of quitting alcohol can contain a number of unpleasant shocks. We'll inform you ahead of time the questions you should think about.

Alcohol is frequently used as a "social and communication glue." Is it difficult to strike up a conversation with someone you've never met before? Need to defuse a difficult situation in the company of friends? Or do you simply wish to have more romantic dinners with your loved one? You will no longer be able to consume alcohol in any of these conditions.

Recommended: think over contingency plans in advance. Prepare a list of interesting topics for conversation, stock up on recipes for delicious and interesting non-alcoholic cocktails for parties and romantic evenings.

Nuance: sometimes friends and entourage begin to make fun of people who have decided to completely abandon alcohol. "Come on, what are we, alcoholics, or what!", "Well, who did a glass of wine harm?", "But what about our bachelorette parties in the bar ..."

We recommend: first, have a serious conversation with friends and family, telling all the arguments in favor of refusing alcohol. If the conversations are not successful, it is better to defend your borders and stop further discussions. Suffice it to say that you have made a decision and do not want to discuss it anymore.

Nuance: situations will arise when you want to drink a glass or two of wine or something stronger. This is absolutely natural and does not always indicate the presence of a formed dependence - sometimes it is just a chain of associations.

We recommend: evaluate the situation every time: why do you want to drink right now? What results do you want to achieve? And, most importantly, is it possible to achieve them by another method that is safe for health? And, of course, sometimes you can make exceptions: in the end, a glass of champagne for the New Year or a little wine in honor of a family holiday is unlikely to violate the boundaries of reasonable consumption.

The main thing, remember: refusal from alcohol is not an admission of any problems, but a reasonable and balanced decision of a person who cares about his health and future!

More stories from Sahina Bano and writers in Longevity and other communities.