How I Started Running in My 30s and You Can Too!

by Jessica Leibe 8 months ago in fitness

A foolproof guide for aspiring runners of all ages. 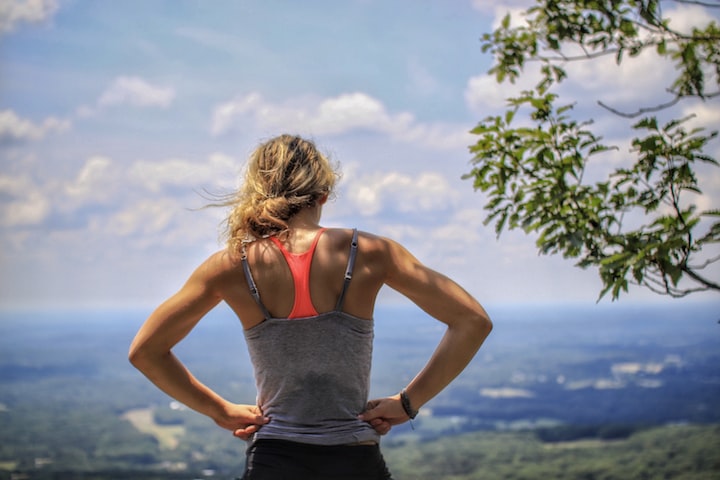 Photo by Morgan Sarkissian on Unsplash

I know I’m not alone here when I say running has never been my favorite form of exercise.

The last time I tried running I was in my early 20s. I was doing Shaun T’s at-home workout videos — which I love and still continue to do — but I wanted to get outside more. I didn’t own a bike so running seemed the only logical option.

I hated running. And when I told people that I planned to start, I received a ton of feedback. It’s bad for your knees. It’s a great high. It’s the worst. It makes me less stressed.

The pros and cons were endless. But my mind was set. Now I had to convince myself that I could do it.

So I did what I always do when I’m about to embark on something new and terrifying. I researched.

And boy was I surprised by what I learned.

I always believed that to be a serious and healthy runner you had to run every day. Right? Wrong!

Three days max is all you needed. Three days a week for 30 minutes. Sounded doable.

But I had another concern.

I have exercise-induced asthma. The last time I ran needless to say my breathing was horrible.

So it was thrilling when I learned about this other beginner tip: the run/walk method.

There are apps you can download that use this method. The most popular is the Couch to 5K Runner app.

It’s an eight-week program and it breaks down the run/walk technique. The first time you only run a total of six minutes. Then you gradually add time as you advance. By the last run, you’re running for 35 minutes, putting you around three miles.

What I loved most about this app was the perky voice that chimes in every so often. She cheers you on. Lets you know when you’ve reached the halfway point. Tells you there’s only a little bit left.

I don’t know why but every time her voice came through my headphones, I smiled.

The app also begins each run with a five-minute walk. It's a warmup. A chance to prepare me mentally for the run. When it's over, there's another five-minute cooldown walk. That allows me to steady my breathing.

You don’t need an app to learn the run/walk method. You can create your own schedule to follow. It’s all about prepping your body, building momentum, and progressing when you’re ready.

Start by running for one minute then walking for two minutes. Then run for another minute. Do this for a total of 30 minutes. Include the warm-up and cooldown walk if you feel it’ll help.

Continue this cycle for at least a week, adding 30 seconds to the run part every time you go.

Set yourself a goal. Say by the end of the month you want to be running for at least 10 to 15 minutes and reward yourself when you accomplish it.

But by far the best advice I ever got was from a friend who’s been running for a while. When I told her my plan, she said, “You’re gonna look weird and silly, but no matter what, keep moving.”

Running is not pretty. I’m not sure how they make actors look so good when they show them running in slow motion. But it’s true. Watching people run can be quite hilarious. I’m not ashamed to say that I’ve tripped over a raised pavement. I haven't gone down yet. But when you're in a stride you sometimes don't see the low hanging branches of the tree in front of you.

All this was key to my success. And to help you get started I’ve put together my own little list of tips.

1. Focus on breathing, not speed. This was my biggest mistake when I tried running in my 20s. It’s not about your speed. Speed won’t help you lose weight. It’s the consistency of running that will do that. You don’t have to be fast. You just have to put in the time.

2. Accept the fact that you’re going to look silly. As my friend said, running is not meant to be glamorous. You’re doing this for you so forget about the people who stare at you as you run by. Who knows? You might inspire them to start.

3. Understand that you’ll have bad runs. Some days I can’t find a good stride. Or my mind doesn’t disconnect enough. When I run, I can forget about my problems. But there will be days when you won’t be able to separate yourself from them and that’s fine. Your next run will be better.

4. If you have to slow down, slow down. This goes hand in hand with the bad runs. If you’re having a rough time getting a good stride. Or maybe your legs can’t take it anymore, slow down. I’ve definitely had runs where I looked like I was going backward. Again, it’s not about speed, it’s about getting it done.

5. Listen to different music every run. I created a specific running playlist when I ran. But I quickly remembered the order. I knew that by the time I got to a certain song, I was almost done. My intention wasn’t to suffer through until the end. I wanted to enjoy this time to myself. Now I change playlists every run. I listen to a full album or a Spotify mix. They have a bunch of great workout/running playlists that’s added to all the time.

6. Have fun! It sounds cliche, but it’s true. It’s hard in the beginning, especially when you’re new. Believe me, my first few runs I was sore and tired, but still felt proud. Remember why you’re doing this. Whether it’s for weight loss, mindset, or movement, give yourself the chance to let go and be in the moment. A couple of weeks down the road you’ll be amazed by your progress.

The main thing I learned this second round was this: run for no one else but yourself. Yes, you’ll see progress. You’ll lose weight. You’ll build muscle and endurance. I’m already amazed by how easily I fall back into a stride even after a week off from running.

When it comes to exercise — whichever form you prefer — you have to forget about the people around you. Do what works best for you. And if you can’t get out to run, don’t beat yourself up. Go out the next day.

And if someone like me who couldn’t stand running, can look forward to lacing up her sneakers and getting out there, you can too.

Jessica Leibe is a Productivity & Organization copywriter. She also writes essays and short stories. She resides in New Jersey. Find out more at www.jessicaleibe.com.

See all posts by Jessica Leibe →