Being Black Without Being Born Black

by Daniel Goldman about a year ago in psychology

It's time to accept transracial people. 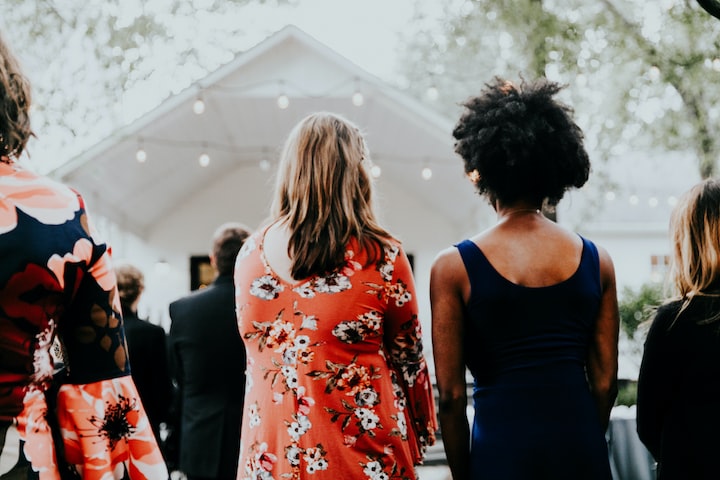 For centuries, people believed that humanity could be split into biological races. Those who were black were born from black families. Those who were white were born from white families. Race produced race, just as kind produced kind. But those notions have long been rejected by science. Genetic data indicates that race is not biological. We cannot determine lineage based on outward appearance.

In recent days, it's come to light that Jessica Krug, a professor who is "white," has been pretending to be "black" for her entire professional career. As CNN reports, Krug said the following,

To an escalating degree over my adult life, I have eschewed my lived experience as a white Jewish child in suburban Kansas City under various assumed identities within a Blackness that I had no right to claim: first North African Blackness, then US rooted Blackness, then Caribbean rooted Bronx Blackness.

But in cases of race, just as in cases of gender, we have a right to claim identity. Plenty of men grew up as girls. Plenty of women grew up as boys. Many had to hide their changing gender identities. Some people have the idea that being raised a boy or a girl does not give someone the right to identify has a woman or a man, or at least that such identifications are meaningless. Thankfully, society as a whole is starting to accept otherwise.

The same thing cannot be said about race. This story is not the first one in which a supposedly white person has donned black racial norms and values. Rachel Dolezal ended up in a lot of hot water when it was found out that she was actually "white." Indeed, some are calling Krug "Rachel Dolezal 2.0."

Shortly after Dolezal was accused of being a fraud, Rebecca Tuvel wrote a paper defending transracialism. She was heavily criticized for the paper. But her stance was not wrong. Many people were, and still are, mocked and attacked when defending transgender people.

The idea that a person must be white if they were "raised white" or born into a "white family" is nonsense. It reaffirms the false narrative that race is biological. It is not. Just like gender, it is an "eidos." It is a culturally defined collection of roles, that are influenced directly by various biological features, but they are not themselves biological. People do not have to conform to the standard notions of black or white in order to be black or white.

Unfortunately, by claiming that these people must be of a certain race, it is reaffirming the false notion of biological race. It is moving us backwards rather than forwards. Yes, there are likely people out there who pretend to be a different race simply because they think it will be advantageous to them. But not everyone naturally fits into the racial groupings that society tries to force on them, just as not every male fits into the gender role of man, or female fits into the gender role of woman.

I don't know why Dolezal or Krug decided they wanted to "pretend" to be black. I don't know if they do or do not see themselves as black. However, whether they do or do not does not invalidate the importance of accepting transracial people as they are. Perhaps Krug really sees herself as black, but also feels pressure to admit to being white because of society's failure to accept transracial individuals.

Supposedly we have come so far in terms of acceptance and understanding, and yet if we push the envelope even slightly, many progressives quickly become regressive. I suppose all we can hope for are baby steps. Perhaps a little bit at at time, we will actually improve.

Read next: The Rising Sun