Women, do not look for a man in the garbage, such a man can not marry

by zhaoyu about a month ago in humanity
Report Story

Marriage for women is a big gamble, marry who, and your life is completely different. 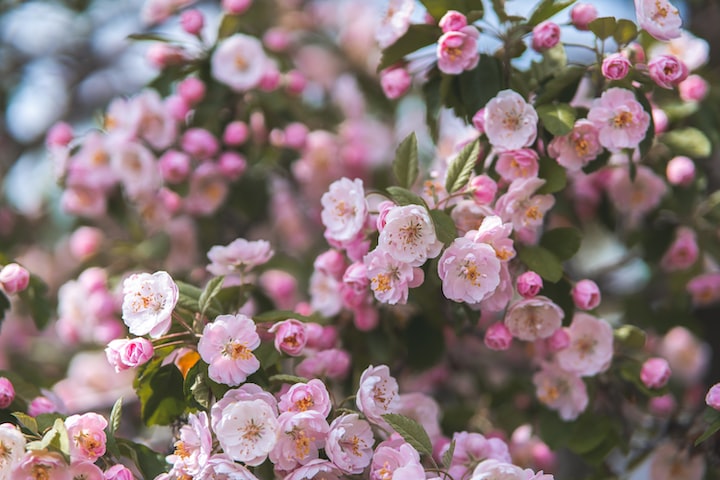 Photo by Courtney Smith on Unsplash

Marriage for women is a big gamble, marry who, and your life is completely different.

Of course, the difference here is not only reflected in the material conditions, you marry a poor man and a rich man, living conditions must be very different, but life is trivial, but there should be an emotional blend, there are two people to help each other warm.

In the final analysis, most women choose to marry the object, are not holding the "money" two words to go, they want to find nothing more than down-to-earth people, who are good to themselves, and know how to love their people.

Do not figure how much money he earns, only figures he is good to himself, two people work hard together, strive for a better life, this is a woman's common wish.

But the reality is that many men have no money, no company, no security, and only pay lip service to their kindness.

We often advise girls not to look for men in the garbage. No matter how old you are, no matter whether you are urged by the people around you, you should not get married carelessly. You must keep your eyes open.

Recently has been chasing "happiness to thousands", Wang Qinghai, is a little cowardly honest man, he happiness a beautiful woman had chosen to marry him, is to take a fancy to his honest duty, but live together to find that such a man really can not marry.

Wang Qinghai is the epitome of a lot of honest men, in his body these characteristics, remind all women, don't marry such a man.

If you don't take it on, you'll just be a coward

Except for Guan Tao, all the men in the play have some shortcomings more or less.

10 THOUSAND PASS HOME arrogant, very big man doctrine, LACK basic RESPECT to the wife, because of dissatisfaction she meddles in company matter, shook hands to hit her one slap.

Although the family is horizontal, but he is very responsible for the external, follow such a man, at least the external will not be bullied.

And Wang Qinglai and Wang Youde such men, they are cowardly, will only be cowardly, something happened to let the daughter-in-law carry, a little bad will take the anger to the woman.

In the village, a voice dare not say, every time there is anything at home is happiness, the role of two men is to blame, never stood on the side of happiness for her to carry a thing.

Happiness for sister lucky justice, Wang Qinglai will only think she offended thousands, never said a word for her, because of the land, in the village can not stand, ran to the city to run for a living, but the car was seized, Wang Qinghai is the first time to blame happiness.

Such a person is a typical "got cheap also betrayed", a lot of benefits, any mistake on the first time to pick out their own, shirk responsibility, blame others.

With such a man together, you only bear hardships, and finally not a little good, to marry such a man, you have to be ready to carry their things, don't expect him to do anything for you.

Low self-esteem but arrogant, vanity strong ability not much

Wang Qinglai is a very contradictory person, he has a self-abasement side, but the bone is still an arrogant, male chauvinist side, this side only to his lover show.

His inferiority comes from his rural, always said "city people look down on the rural people" hang in his mouth, never wants to blend into the city, relies on their ability to let others to their impression of change, but feels comfortable accepting the status quo, also blame others look down on him.

On the other hand, he takes it for granted that men should earn more than women, so once happiness earns more than himself, his heart is broken.

Happiness has never thought to rely on anyone, she is self-reliant, diligent, and studious, all her achievements rely on their struggle to come.

And will take other people's pay as a matter of course, feel brother's future father-in-law should help him find a job, was rejected after a lot of dissatisfaction, that his father-in-law's status is general, and not willing to help themselves, they said to let Qing Zhi and Yani break up, said she was useless to Qing Zhi.

His vanity was so strong that he wanted to look good on Yanni's father. He even took the initiative to do everything for his colleague's brother to find a job, to get others to respect him.

Vanity is strong, the ability is not how old, such a man you on the one hand already want to endure his incompetence, on the other hand also scruple his face outside, satisfy his big man's ism, both can't rely on him, still need to injustice oneself to satisfy his demand, together will be very tired.

They do not progress, but also frequently hit the other half, put rotten mentality all show

All said good lovers, must be able to help themselves to become better, two people work together, towards a better direction.

A bad lover, on the other hand, will take you down with him. He is never helpful to your development and always brings a negative influence on you.

Wang Qinghai is so, he is not willing to progress, is in a rotten state of mind, is often taken back to the village, and never thought to integrate into the city.

She was not allowed to be happy, and she was always attacked and ridiculed, saying that she was a daydreamer, that she could not see her efforts, and that she was blind to the good in her.

When happiness holds a good hope, wandering in the prospect of the future, he will take his mother's words to say that she is too big, he never thought to accompany her to work together, but always try to make happiness tend to his life.

A man who is always hitting you and mocking you, must not marry, because with him, can only let you slowly lose confidence, pull you into the endless abyss, and can not see the light of life.

Women, before getting married must polish their eyes to see people, can not only figure out the man's honesty but also want to measure him many times.

Of course, Ho's happy marriage is a function of The Times, and our marriage today is very different from that era.

Before marriage, to see the person, after marriage, if you have realized that the marriage is wrong, be sure to cut your losses in time, don't expect others to change, but to jump out of the abyss.