What About Prejudice, Part Two

On my ride to a funeral with my daughter, she had a different take on my prejudiced questions that was helpful to me. 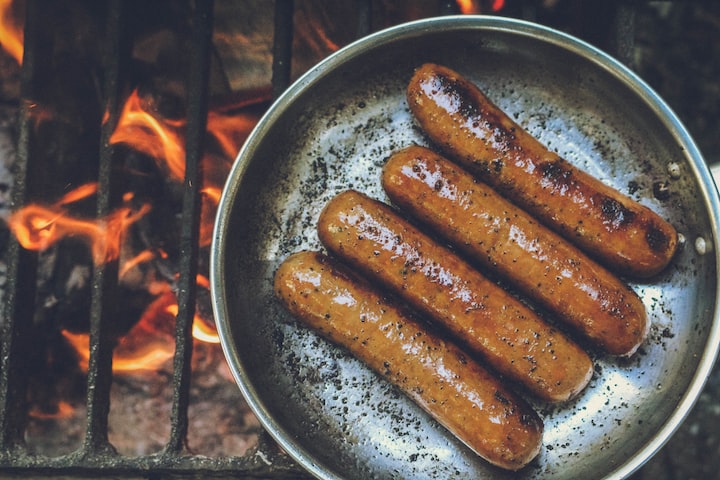 Photo by Rachel Clark on Unsplash

The server repeated the order and said, "And a side order of sausage" ignoring what I just said. My husband then put his credit card into the card reader and with assistance from the waiter, included a tip.

While they did that I again said we did not order sausage. The waiter ordered the sausage. What my daughter said was "Mom, you didn't say, we ordered a substitute of sausage for ham in our omelet."

Okay, I guess I wasn't clear. It is something we do all of the time at that restaurant. Both waiters were new to me though.

I reminded her I said it twice. Then she said, "Mom, you have to remember that men do not multi-task, so when he was helping John use the machine to pay, he couldn't even hear you say anything, as he was focused on getting payment! Remember, men do not multitask."

So, I laughed and said! That is it! That is exactly it as my husband and I go around and around all of the time about multitasking. He can never do what I ask when he is in the middle of something. I have watched him try and he gets all frustrated.

Just this morning hubby saw me filling my pill tray as I was making coffee and eating breakfast and taking my pills and said, "What are you doing? You know you can't multi-task!" To which I responded, no remember it is you that can't multi-task!

Multitasking is "the performance of more than one task at the same time": i.e. "parenting skills such as multitasking and concentrating amid distractions are easily transferable to the workplace"

"Some common multitasking examples include: Cleaning the house while listening to a podcast. Reading emails while chatting with coworkers. Building furniture while reading the instructions. Taking notes while listening to a lecture or presentation. Cooking dinner and helping children with their homework. Working on a project and updating your team on your progress."

As she drove we listened to a podcast and had a conversation about the funeral, her dad's death, and funeral, and her sister-in-law's dad's funeral we would be attending and how she can relate. We dropped a few tears and stopped halfway to get a snack for the rest of the trip.

I told her how I have noticed more overt prejudice in the past several years. I have been stared at in the car dealership when going for parts. I have been followed in the sporting goods store. And I have been ignored until I spoke up or decided not to buy what I went there to buy.

I said then that it is easy to be sensitive about this behavior, as I grew up with this kind of thing happening much of the time. Name-calling was common then though too. Not always loud enough to call someone on it and sometimes when I did, it was pushed back on me, with an I didn't say that!

Prejudice has been something I run into all of the time. I wish it was different and someday it may be but probably not in my lifetime. I do my best to stay around positive people. It would be too easy to get into this too deep otherwise. And I do my best to not build any resentment.