Use It or Lose It

by Jess Goodwin about a year ago in single
Report Story

I always thought the phrase "use it or lose it" only applied to things like coupons and vacation days. Then COVID-19 came along and derailed my sex life. 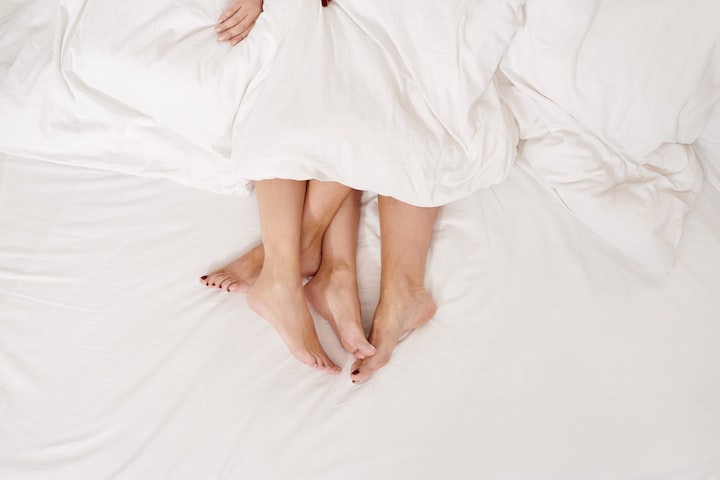 I know I'm not alone when I say COVID-19 has completely derailed my sex life.

I'm well aware that this is pretty small potatoes when it comes to the scope of COVID-related predicaments. I've been lucky so far this year; the COVID-related challenges I've faced have been relatively mild. I did get laid off for about six months, but I got by on savings and unemployment. A few family members and friends contracted COVID, but they recovered just fine. All things considered, lack of sex just isn't that bad.

When I say "derailed," I don't just mean I haven't been dating or having sex. (I actually did go on a few dates in the early fall when it felt like things were calming down. Oh, to be so young and innocent.) I mean, the way I think and feel about dating and sex has completely shifted to the point where it often seems like I might never enjoy them again.

To be fair, it's not as if I was dating all that much leading up to lockdown. I tended to date seasonally, maybe four or five guys a year in increments of a week or two every few months. The last date I really enjoyed was in November of 2019 and was with a guy who lives across the country and happened to be in town on business, because my life is a Drew Barrymore movie.

But, until this past March, the option was there. I knew, based on my experience with online dating, that if I really wanted to it would most likely take me anywhere from one to three hours to find someone to grab a drink and/or have sex with.

I got back on The Apps, went on a subpar date that did not end in a relationship or sex, and thought, Well, onto the next. No rush, I've got plenty of time!

COVID officially arrived less than two weeks later (at least as far as the general public was concerned). Over the next few months, then a few more, then a few more, it became clear that it wasn't going anywhere.

I stayed on The Apps for the first few weeks of lockdown, but it quickly started feeling futile. We had no idea when we'd be able to meet in person, and most guys seemed to use that as an excuse to start the sexting stage of the relationship after like, a day. In all fairness, three, even two years ago I'd probably be game, but the older I get the thinner my patience wears for men who might as well be standing under a flashing neon "PLEASE SHOW HOLE" sign.

I'm not quite sure which week of lockdown it happened, but my desire for a relationship evaporated. At some point the thought of having sex with or dating or even kissing someone began resulting in a knot in the pit of my stomach. Now, I imagine scenarios in which any of those things might happen and my brain suddenly turns into the math lady meme because I can't fathom what any level of romance looks like anymore. I was never great at flirting or reading signals to begin with, but now when I try to picture it I feel like I'm being dropped into an AP French class when all I know is that one lyric from "Lady Marmalade." And sex! There are times over the past few months I've felt legitimately queasy thinking about someone touching me.

I genuinely worry that by the time it's feasible to go on dates again, I'll have no idea what to do. The longer I go without needing to remember how dating works, the less I remember about even the most basic etiquette. For example, those dates I mentioned going on in the fall? On the last one, the guy kept resting his hand between us. It took me about 10 minutes to remember, Oh right, that's the cue for hand-holding, at which point I literally said, "If you're trying to hold my hand you can just do it," because I'm extremely romantic.

Ultimately the date was a bust, and I've since regressed to my teen habits, when I would fantasize about boys I had crushes on but never actually try to make anything happen in real life.

It's somehow worse now, though — instead of swooning over classmates I'm picturing entire relationships from start to finish with randoms on Twitter and Instagram just so that part of my brain doesn't go completely dormant and never wake up. Generally I spend a few weeks on someone, or as long as it takes to find out that they smoke cigarettes or think fat jokes are funny, then it's on to someone new. Wash, rinse, repeat.

This is the only time thinking about dating and sex doesn't make me an anxious mess, and why would it? There's no risk, other than me being a bit thirsty on social media.

I know eventually dating and sex will be part of my life again. I'm pretty sure. I'm like 90% sure. It feels melodramatic to think otherwise. And in all honesty, I mostly just miss having the option to do these things. I suspect once I'm able to, I'll fall back into the old pattern of staying home with my cats all the time.

With an end to lockdown only sort of in sight, though, it's hard not to worry that by not using the meager social skills I've amassed to help me navigate the dating world, I will indeed lose them.

More stories from Jess Goodwin and writers in Humans and other communities.