Time To See and Be Seen

by Judey Kalchik 4 months ago in lgbtq 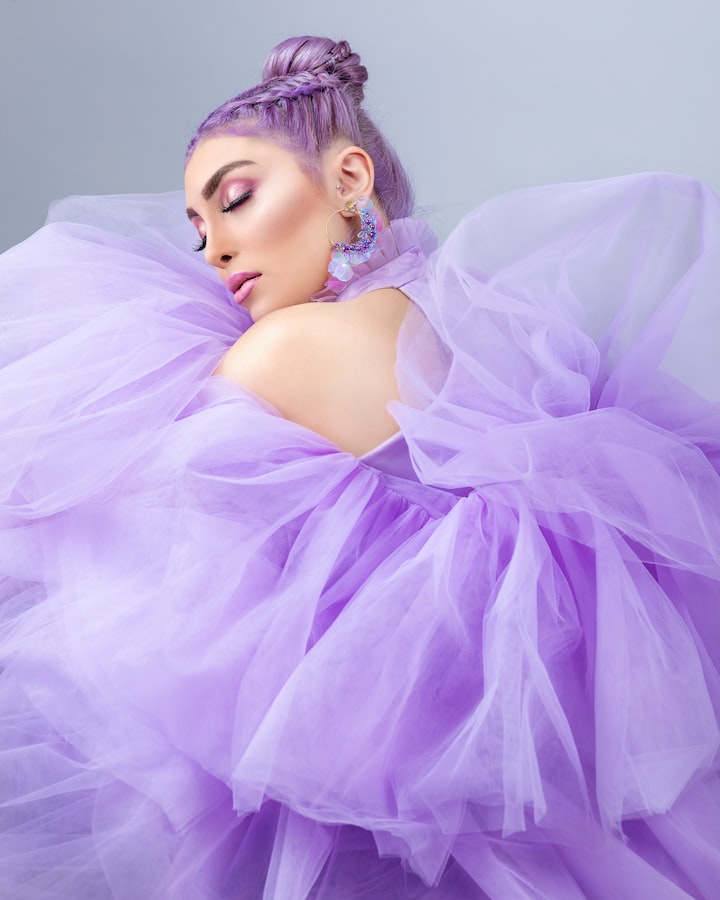 Photo by Sara Dabaghian on Unsplash

When my girls were school-age I was the mama-taxi. Long trips seemed to be my specialty. Not just because driving was novel to me (I learned when I was 30... long story), but because they needed to go to places that were some distance away and I was the only parent willing to do the trip (longer story).

Trips with preteens generally lead to long silences punctuated by squabbling. These circumstances lead to one of the Three Rules of Mom:

To protect us all from the END of PEACE as we KNOW IT I would provide diversions. One long winter drive to my parents that meant listening to Christopher Plummer read the Nutcracker. Delightedly scared cries were heard whenever he drew out the 'SQEEEEEEEEEAAAKKKK' of the Mouse King. Other times it was singing songs. And still other times they asked for stories.

(Later I came to realize this was self-protection for them. If I wasn't telling them stories I might ask them questions. Which could lead to sharing. Or discussion about puberty. So stories it would be.)

In general the stories were well-known to us all, as family stories tend to be. They would ask me to 'tell us the one about....'and off we would go. This scenario would later be repeated by the folks at work. It seemed that either crazy stuff just naturally happens to me, or I have a crazy way at looking at normal stuff. Perhaps that's same-same.

I didn't... and still don't mind sharing stories. If I chuckle at myself, well it makes it easier to accept and move on.

(True story: once I managed to put my suede boots on the wrong feet. I am a grown woman and didn't notice it when the first boot went on. Only noticed when I stood. And I was stone cold sober. Both. Boots. Wrong. Feet.)

If you ask, it's likely I'll share most things if you really want to listen. If it's my story to tell.

I am also good at keeping secrets. (You should know all of things that I won't tell you) I don't believe that it's my destiny to pass along the news that belong to others. A person may only have so many amazing stories in their life, they should be able to choose how and when they share them. So there are some stories I just won't tell. And there are some I never thought I would tell.

This is something for which I have asked and received permission to share. But I'm nervous... so I'm stalling. You see, not a lot of people know this story.

I was divorced after 24 years of marriage. I had no idea how to date, or laugh, or trust again. And I was fortunate to meet a kind, funny, attentive man. He made me laugh. Told me I was smart, kind, beautiful, talented. Not overstating that we made each other very happy, and neither of us had been happy for a while. Me because my marriage was falling apart because my husband didn't want to be married to me.

His was falling apart, because his wife couldn't accept that he had gender dysphoria.

I had no idea what that meant... except it sounded like he didn't like being a guy. I wasn't always stoked about being a woman... especially every 23 days or so. I didn't think much about it; life was kind of crazy. My friends called him Bounceback Guy. They told me no one stays with Bounceback Guy. Well, neither did I, but not for the reasons they thought.

We each moved to different states but talked to each other every day and saw each other as often as we could. Our relationship grew solidly on friendship, and laughter, and love. Bounceback or not. I trusted someone again.

As we grew more secure and comfortable with each other, more information was shared. Gender dysphoria discussions lead to deeper talks. Lead to sharing that they were not really, not truly, not deep down inside, 'he'.

She was Jaimee. And my world rocked out of kilter.

Okay. OK. What did that mean for us? What have I done? What will I do?(And dear heavens why do I pick the wrong guy? AGAIN!) Tears, and are-you-sure?- and but-I-liked-Him, and OK, YOU are the same personality, but you are going to kill my boyfriend (I wince to write that, but truth is truth and that's how it felt to me).

There was no Caitlyn Jenner. Heck, there was only the lady with the large hands that had shopped at the bookstore a few times. I didn't know from transgender. I wanted easy and steady and uncomplicated. Not 700+ miles away, and hormone treatments, and does this mean I'm a lesbian? I don't think I'm a lesbian. Why does YOU making a change mean I need to make a change? I'm not looking for that.

I was asked to keep everything a secret because she wasn't ready to totally change her life, and so I did. But secrets didn't help a friendship that was bruised and didn't nurture love that we both felt had been betrayed. It was too much. Distance didn't help. The bounceback, which had been fading (being honest here) from loving partnership to loving friends anyways, was not going to survive. And, truth be told- while I was the one still trying to figure out what to do.... I got dumped.

Awkwardly, and hurtfully, and tears, and no, I'm not with her because she is younger and prettier than you are, it's-for-the-best-we-can-be-friends. And it hurt. And I didn't believe I was hearing the truth.

(I was right: the next woman was younger, prettier... and a flippin' belly dancer. How could I ever think I could compete with a red-haired belly dancer ten years my junior... even if I'd wanted to. And I didn't want to. And I was spared the need to say that. Instead I could focus on the lies and cry and nurse my pride.)

There were enough lies for sure but I NEVER thought there was a lie about being Jaimee. And I never doubted that a difficult decision, even if it was one I hoped wouldn't be made, couldn't understand the need to be made, was the right one for them to make.

She is still in her journey to openly live life the way she wants. We still are in touch. I have permission to share her story, and to mark Pride month I am doing so because I am proud of her.

When any day can bring a headline that some state or country wants to make it that Jaimee and other transgendered, or nonbinary, or intersexed, or any of the marvelous variations of people don't get to make the choice to present themselves in the way that is correct for them; when states pass laws to limit freedoms and access; now is the time for me to tell you about her.

Because before Jaimee I didn't think I knew anyone that was transgendered. I bet, though, that I was wrong. In the United States alone 1.4 million adults identify as transgender. It's very probable that someone you know is transgender.

You'd like to know Jaimee, of that I am sure. She's funny, likes Star Wars and (help me, HOW?) Monty Python. Can recite Poe's The Raven dramatically from memory. Is an Army Veteran. Plays D&D. Is a proud parent. Favorite color is purple. She's happily married now to a woman that loves her just as she is. That sees her for who she is. Jaimee is dearly loved.

And isn't that what we all want in our lives? To be loved for who we are? To have our truths validated? To be our very best self, and contribute to the world around us? To be seen.

I have no words of wisdom or lessons learned. I can't give you Five Simple Steps to be an Ally. That is for people wiser than me. What I can do is ask you see, to learn, to appreciate, and to love.

I am not funny but at times I can be situationally humorous. (No promises, though.)

Receive stories by Judey Kalchik in your feed
Judey Kalchik
Read next: Her New Prospect Boyfriend