by Jennifer Thomas about a year ago in dating
Report Story

Valentine's Day during the Pandemic 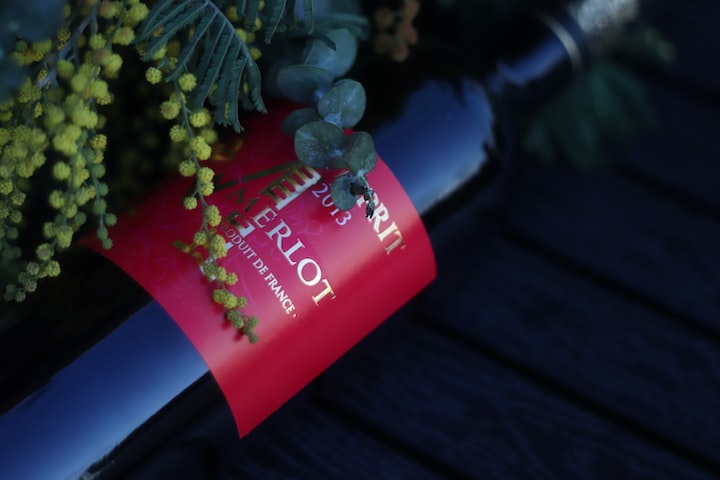 Photo by wendymiao chen on Unsplash

She begrudgingly joined the first annual social distancing, speed dating and wine tasting event put on by a local social group. Her friend promised her it would be legit because David’s friend Sandra’s cousin’s boyfriend was putting it on and he works for a local matchmaking company. It was Valentine’s Day and she honestly had nothing better to do. Logging into the video conference was easy enough. She had her trusty glass of Merlot by her side. That would be enough for her even if the company for the evening was a drag.

David’s friend Sandra’s cousin’s boyfriend was named Todd. He smiled brightly as people slowly joined in. “Okay, everyone. Thank you for joining us today. We are going to give you all a couple minutes to settle in while I will go over the rules. I see that each of you has your libation of choice ready. Not everyone went with wine, but that’s fine. Each of you will have no more than 6 minutes to chat with one another. You will be allowed to leave a one on one chat room early if you like and you will automatically be matched with the next available person. I see that an unprecedented amount of people have joined today. Wow, 300 and counting. You, of course, will not have time to meet everyone. So please be sure to fill out the survey we provided at the beginning to ensure your best matches. Stick around at the end and we will have a sommelier give you some pro tips on wine tasting. I think that’s it for now. One on one chatrooms will commence in 3…2…1.

“Well this is going to be awkward,” she thought to herself. As she waited, she sipped her glass of Merlot and it reminded her of cherries and chocolate. “Things could be worse,” she figured.

The screen went from black to a man in front of a microphone. He winked at her and started singing, “Dun dun dun dun dun… dun dun. Dun dun dun dun dun.. dun dun.” He had clearly started drinking hours earlier. Continuing to stare right at her, he held the microphone with one hand and pointed at her with the other hand, “The night is young… Let’s get to know each other... Shake your body… Show some class… Don’t move fast… Let’s dance and party all night. Drink cherry wine... Have a good time. Oh no….Dance and party….. Cherry Wine. Nah nah nah n-nah nah…. Nah nah. Come on baby!” He was clearly slurring the words to Jermaine Stewart’s “We Don’t Have to Take Our Clothes Off.”

“Welp, that was fun. Next!” She clicked out and waited for the next person.

The screen went from black to a very nervous man. He was sweating and shaking. “Hhhh-Hi. My name is Stewart. What’s yours?” His head snapped toward his shoulder and the glass of wine he was holding was shaking precariously. “Hi Stewart. My name is…” and before she could say anything else, his wine fell all over his keyboard. The screen blinked him out of existence. “Poor guy,” she thought, “That's gonna be expensive to replace.”

The next person to show on her screen appeared to be in his mid-80’s. “Hello there, young lady. I thought this link was for Bingo Night.” She immediately clicked out. “Nope,” she thought to herself. “Not what I signed up for.”

The next guy was well-dressed. “This is promising,” she muttered. “What?” he asked. “Oh, nothing,” she blushed. “So where is your glass of wine?” she asked. “Oh, uhhh… I’m actually not 21 yet,” he admitted. “Dammit!” she yelled and clicked out again.

The next person came into clear vision and she almost spit out her wine. “Brad! What are you doing here?” Brad was her ex-boyfriend. They had been dating for 3 months and he just disappeared one day. Weeks later she got a text from him that he felt it was best if they “consciously uncoupled.” Not saying a word to her, he took a big gulp of wine and clicked out of the chatroom. “Brad, you fucking coward,” she rolled her eyes.

The next person arrived. “John!?” She ghosted John a few weeks ago after a second date. She could not help but black out for a moment and flashed back to that day. She remembered that he had mentioned during their socially distanced walk that he preferred pasteurized human donor milk to cow’s milk and that it tasted great in his coffee. They both had brought their own coffee and at that point she could not stop starring at his thermos for the remainder of the walk. She came back to the present moment. Brad smiled, “Hey, baby. Where have you been?”

The next man was in a red and black flannel shirt. He looked a little bit like a lumberjack, but who was she to judge. “Oh I see you have a beer,” she commented. “Yeah, you know, champagne taste on a beer budget.” He brought his leg up on the table and showed her his ankle bracelet. “It’s been really hard to meet people after that court hearing. But, you know, on the bright side, online dating is making it way easier to meet pretty ladies like yourself.”

The next man appeared. He looked just as irritated as her. “You having as much luck as me?” he asked. She nodded her head and tipped her glass toward him in solidarity. “Well at least we have one thing in common,” he smirked. “What’s that?” she asked. “We both like Merlot,” he showed her his wine bottle and pointed at hers. “Good eye, sir,” she acknowledged.

“I don’t know about you, but I met some real winners tonight,” he rolled his eyes sarcastically. “Oh? Tell me more,” she looked into his eyes as best she could in a virtual setting. “Well, let’s see,” he thought. “It started with a middle-aged woman in a tight leopard print dress. She let me know she just moved here from Florida and was looking for a good time. She said that she’d had all of her shots and wanted to know if I had. Then she purred at me.”

He paused and took a sip wine, “Then there was the lovely woman who immediately noticed the logo on my watch and would not stop asking me about my yacht or what I thought of the Cayman Islands. Little did she know that I got a knock-off Rolex during my last visit to New York.”

“Then another woman said that she could see my aura and could tell that I had big dick energy.”

“Yet another opened the conversation with a bible verse about wine being the blood of Christ. Don’t get me wrong. I have nothing against religion, but then she started telling me about her vampire Jesus fanfiction. Plus, when she smiled, I could see her fang implants.”

“Yet another told me I’d make a good little spoon.”

“Another thought the link was for a facetime with her grandson. Sweet lady though.”

“The most recent one looked promising, but her dog came into frame and started growling at me. All she said was, ‘Franklin feels threatened by your presence,’ before she clicked out. And now I’m meeting you.”

“I’m Tom,” he smiled. “Nice to meet you, Lynn. Hey, why don’t we exchange phone numbers and get outta here. I’m experiencing some real video conference fatigue, but I’d love to chat more.”

“That sounds good to me. Like you said, at least we both like Merlot,” she smiled back.

“You know, we can casually get to know one another over the course of the next couple of months and at that point the vaccine should be ready. When it’s safe, I’d love to take you to a cozy Italian place I know,” he offered.

She asked, “It wouldn’t, by chance, be the one on Main St, would it?” He nodded.

“I love that place!” she exclaimed.

The night had been a success after all and she silently thanked her friend for encouraging her to join this virtual speed dating, wine tasting extravaganza. It was a wild ride, but memorable, and she looked forward to getting to know Tom more.

In dedication to my mom, who is back on the dating scene during the pandemic.

More stories from Jennifer Thomas and writers in Humans and other communities.