Successes in the Law Of Attraction with a clear purpose

by shehan anthony 12 months ago in humanity
Report Story

"Learn how applying the law of attraction can assist you in achieving your life's purpose!" 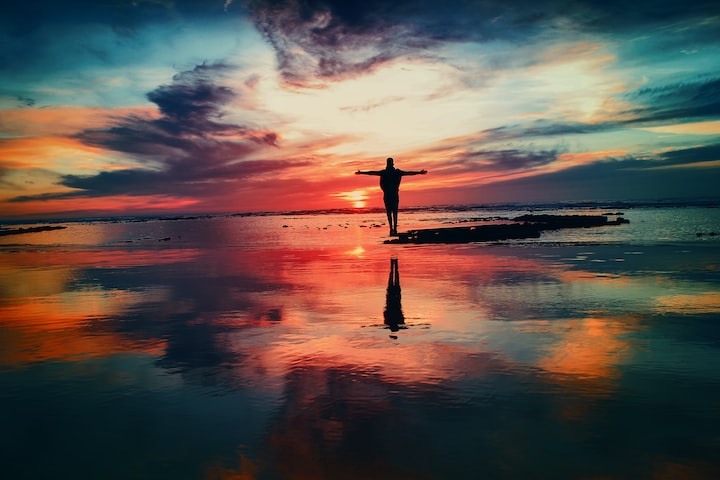 Allow yourself to imagine for a moment that you are in possession of a source of absolute and inexhaustible power. You were the only one who had the ability to command the warmth of the sun, the rain, the tides, and the direction of the wind. What kind of performance would you put on if you had this kind of power? Would you use it to your advantage, causing the entire world to come to a grinding halt? Is it possible for you to be generous and open-hearted while using your power to help the humans on your planet achieve their full potential?

Unfortunately (or fortunately, depending on how you look at it), there is no way for an individual to consume this amount of energy. Mother Nature is in command of the world's systems. Nobody can ever completely control their environment, and that includes themselves. What if you had the ability to direct the course of your own life? If you had the ability to achieve extraordinary things and amass vast wealth simply by using your own mental abilities, would you do it? What if I told you that this doesn't have to be a case of "what if" anymore? Is it possible for me to tell you that you have the ability in your mind to plot the course of the remainder of your life in any direction you choose?

Each and every individual possesses the ability to shape the events of their lives in order to achieve whatever objectives they set for themselves. The law of attraction is the term used to describe this power.

What is the Law of Attraction

Numerous theorists believe that the world is governed by a set of universal laws that cannot be altered or broken, and that these laws apply to everyone, regardless of their age or nationality. This is a popular belief among many people.

These laws serve as riverbanks, directing the flow of their lives as it makes its way to its final destination.

The Law of Attraction attracts to you everything you require based on the nature of your thoughts and attracts it to you. Your physical environment and financial situation are exact reflections of your way of thinking in the past.

In reality, the Buddha was one of the first people to introduce humanity to the concept of the law of attraction. "What you've become is a reflection of what you've thought," he said. This was a rule that the people of the eastern hemisphere had been familiar with for hundreds of years before the population of the western hemisphere began to migrate there.

Like the law of attraction, it is possible that the concept of karma derives its origins from it. According to Karma, you will be visited by that which you have sent out into the world at some point in the future. If you have shown kindness and compassion to others, you will receive in a similar manner. If you have purposely been unkind to another, you will receive back into your life the harshness that you have sent out into the world. Your thoughts and actions manifest as physical entities, causing the rest of the world to respond in a similar manner.

The law of attraction first gained widespread recognition in the western hemisphere during the nineteenth century, when people began to recognize the importance of positive thinking and to put it into practice in their daily lives.

As you can see, the law of attraction has been around for quite some time. From the beginning of time, wise men taught the concept that one's religious beliefs can have a significant impact on one's destiny. This concept has given rise to an entirely new generation of religious beliefs and practices.

When it comes to the law of attraction, the theory behind it is the belief that energy attracts similar energy throughout the vast expanse of space and time that makes up our universe. Everyone's existence is constantly radiating energy into space; the type of energy radiated is shaped by the individual's soul and can vary from day to day—and even from hour to hour—in intensity.

When scientists study the natural law of attraction, they refer to this energy as a "vibe." This energy is what is commonly referred to as a "vibe."

It's likely that you're already familiar with the phrase. You've probably been in the company of someone who is so upbeat that they appear to be radiating a "glow that encourages happiness in all those around them." By the same token, have you ever spent time with someone who was so determined and depressed that they systematically emitted a "negative vibe" that appeared to suck the life and happiness out of everyone in their immediate vicinity?

It is not necessary to possess psychic abilities in order to be able to detect the vibes that people emit; this energy is very real on a mental level and can involve anyone, anywhere, at any time, and is very real on a mental level. When something happens that causes us to feel pleased, distressed, frightened, baffled, or tried, for example, our subconscious mind reacts in a way that we are not able to control. Because vibrations are generated by the subconscious mind rather than the conscious mind, we have no control over how we react to what has happened.

It's likely that the person who's giving off a negative vibe doesn't want to be in a bad mood, and they don't want to impose their sadness on everyone around them simply by virtue of their physical presence. There are a few exceptions to this rule. It is true that misery enjoys company, and there are a great many people who take great pleasure in imposing their troubles on others. It's important to remember that this isn't usually done in order to cause trouble for others, but rather in order to avoid feeling lonely in the midst of their sorrow. But we're getting ahead of ourselves...)

In order to understand the natural law of attraction, you must first understand the various emotions that can contribute to the transmission of positive and negative vibes. It is critical that you understand each emotion before moving on to any other aspect of the discussion.