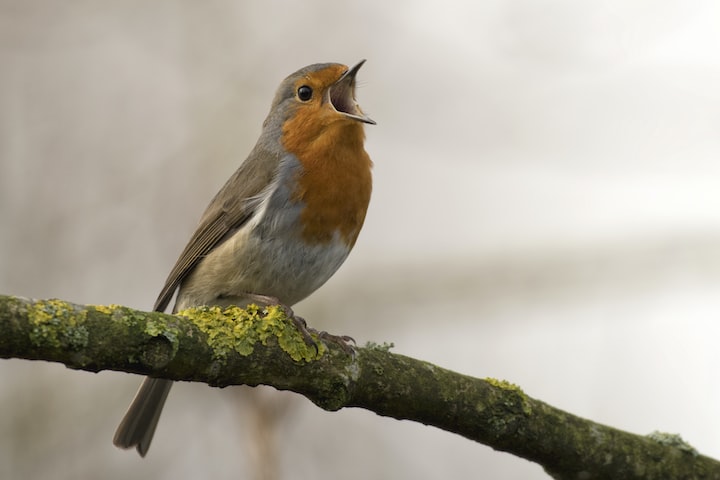 Photo by Jan Meeus on Unsplash

Bev grabbed the phone with hesitation and dialed the only number she knew by heart. “I think he’s cheating on me.” Nella sighed on the other end of the phone, “Really…Bev, are you sure? No offense, but you married my snooze-fest of a brother, someone who goes birding any chance he gets. Are you sure he’s not out somewhere or maybe he discovered a new bird?” Bev, clinging to the phone even tighter, scoffed “Um lady, that’s just it, he hasn’t been going. That weird guy with the long fingernails, Matt, keeps messaging me on any platform he can find me on, ‘Where’s Derek? When’s Derek coming back? Haven’t seen Derek around. . . The California Rail is in decline, does Derek know this?’ I can’t keep answering for him.”

Whipping her hand to her face, Bev continues, “Also. . . darn it, this is going to sound like a cliché. He has a little black notebook.” Nell, through unbridled snorts, giggled, “Is he stuck in a Nineties’ romcom? Who writes anything in a book, let alone a little black notebook?” Bev sighed, “I know, it’s completely stupid, but I’ve seen it and I’ve noticed him tuck it away when I enter the room. It’s a Moleskine and it’s quite small. I bought it for him years ago, thinking he could use it for birding. He’s very careful with it and has it with him at all times. I can see its outline in his pockets. When I’ve caught a glimpse of it, I’ve seen business cards or folded papers hanging out of it.” Nell, in a more serious tone, interrupted, “Are those his hook ups?” Bev continued, “He’s never so much as looked at the book until a few months ago. It lived in the corner of our dresser for the last five years.”

Nella stopped mid pace. “Well, what does he say when you ask him where he’s going?” Bev searched for the right words. “Sometimes. . . he says he’s driving around. Thinking. Going somewhere to think.” Nella jumped in, “Can’t he go home to think? You have a perfectly good yard, living room, garage, den...what more could he want?” Bev continued, “It changes a little every time but Nell, that’s not the weirdest thing. Remember how he came into some money recently after Uncle Marco died? It’s gone. It’s all gone.” Nella gasped, “He blew through twenty thousand dollars in three months?” Bev whispered, “I need to say something to him before he surprises me with divorce papers.”

“Who spends that amount of money that quickly and on what? It’s not like him to be so secretive,” said Nella. Bev, choking up, continued, “That’s what I’ve been trying to tell myself. This is not in his character. He’s not one to dodge my questions or, more importantly, forget to tell me that he’s spending obscene amounts of money. The guy saves every glass jar we’ve ever used.” Now wrought with tears, Bev drifted towards the sofa still holding the phone to her ear. Unable to get comfortable, she attempted to move the pile of decorative pillows towards the small of her back when she felt something sharp. Reaching for the prodding corner, Bev felt a rush of excitement followed by a pang of dread. “Hey Nell, can I call you back?”.

On the outside, the little black book maintained its newness. The matte finish and soft, smooth texture were in outstanding condition. Once opened, she noticed that the first couple of pages were crisp and clean, but the rest felt worn. Bev scanned the first pages noticing the daily accounts of birds spotted near the marsh, the scrub-jays and chickadees in the shrubs, a rare sighting of the illustrious barn owl and an early morning spotting of a young osprey. Matt heard the raptor’s piercing call, but Derek spotted it. About twenty pages into the book the notes and the writings began to change. The sentences and structure of the writing were incomplete, and the penmanship deteriorated with each passing entry. Then, the next few pages were blank. The ones that followed had labored writing and worn edges. Every line was filled to capacity with the memories he had from his life with Bev; their trips to go camping in the desert, their bi-yearly pilgrimage to the zoo to see the fat prairie dogs, their adventures and misadventures in cooking. Dozens of pages filled with their history. Bev, relieved by the content of the writing, read each account until she reached the back of the book. A few business cards trickled out from the back cover revealing the names of tumor specialists in the area. Bev felt shockwaves move through her body. She dropped the Moleskine and its contents spilled out on the ground in front of her. Hopelessly, she grabbed at the documents spread across the floor, frantically scanning them, searching for answers. The carefully folded documents contained hospital bills for thousands of dollars, test results, and reports of her husband’s cognitive decline.

Bev’s tears left heavy stains on the papers. For months, the signs had been everywhere. He forgot dates, had strange patterns in his speech, and needed help with things he already knew how to do. There was even the time he got lost coming home from work. He played it off as though he had missed the exit, but even that didn’t seem like him. Her grief turned sharply to guilt as she imagined Derek going through all of this alone. She was shocked that he didn’t tell her. Did he think he would be a burden? Did he think this would be easier than admitting that he was dying!?

The fear of losing him thrust her back into the room. As Bev blotted tears from her swollen face, her eye caught two more edges of paper, folded tightly but sticking out from under the Moleskine. Unsure of how much more she could take, Bev forced her hand to open the notebook and slowly unfold the final two letters. The first was a referral for a surgeon. It had a date, a schedule for a procedure. The final page was the biopsy results. It was benign.

More stories from Sandra and writers in Humans and other communities.