by Sandra about a year ago in humor
Report Story 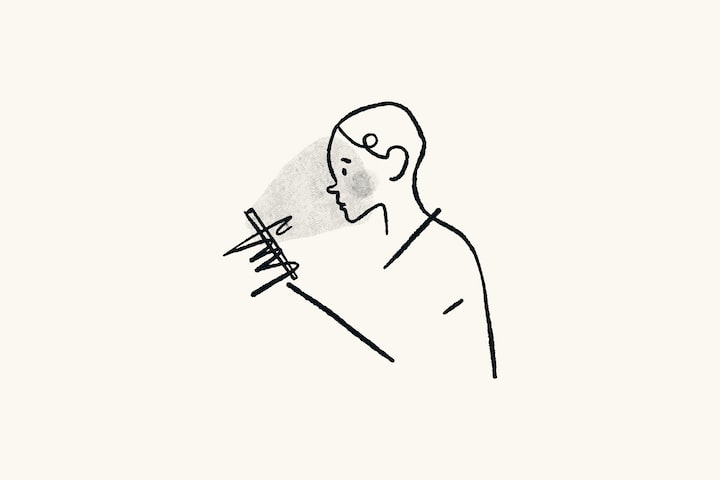 I’ll be the first to tell you that targeted ads don’t work on me. Try as they might, my tastes are too eclectic. Plus, I thoroughly enjoy reporting ads that come across my social media pages. They don’t even have to be repetitive; I’ll report those suckers for daring to define me as a person. The notion that companies have, apparently, paid money to headhunt buyers like myself is incredibly creepy and irritating.

Yes, I’ve been tempted by the retro clothing, the quirky Halloween vintage dresses, or the bras that promise to alter your appearance by miraculously giving you boobs. Once, I was so taken by a pocket fishing rod that I actually made it all the way to the shopping cart on the company’s website. While all these things are appealing, my mind starts to wonder, “how did they know I would like this? Can they be trusted with my bank information? Do they have my size? No, no... it’s not for me.” In the end, that tiny, rational section of my brain concludes that these pretty things will likely come from a country that does not create clothing for the curvy girl or will be made so poorly it will never last. An impulse purchase will ultimately result in a waste of time and money.

But there was one social media ad that got the best of me. Flustered by their acute understanding of my preferences, this ad looked into the depths of my soul and identified the one thing missing from my life; a cloth Golden Girls face mask. A few weeks into the pandemic, cloth facemasks were starting to appear throughout social media land. Posts and advertisements flooded my feed with homemade masks ranging in styles and price points. I spied this particular mask sometime in April when the advertisements first appeared. It seemed too expensive for a face covering, but its allure was undeniable.

It was a cloth mask with an image of the Golden Girls icon Sophia Petrillo donning a medical face mask alongside the phrase, “Picture it…quarantine 2020!”. On the show, Sophia would begin a flashback by saying, “Picture it: Sicily 1922…”. Her stories were hilarious and always ended in some sort of lechery. What a tribute to a well-loved character from one of my favorite sitcoms. I chuckled, thinking of the playful lightheartedness of this simple item. Somehow this silly image managed to make mask wearing less jarring. It wasn’t long after that I sent the link to my husband as an idea for an anniversary gift. He purchased it right away and promptly forgot about it.

Months passed and when it finally came, covered with customs and import stickers, there was a slight problem. I had been deceived by the initial image in the advertisement. Looking at the ad, I was under the impression that I would be receiving a cloth cotton facemask. However, the material I purchased was far from the lightweight cotton mask I had envisioned. What I had actually received was a nylon masked lined with polyester, the least breathable of any fabrics in existence. Did I mention that, in addition to the heaviest fabric known to man, the mask also included a built-in filter? A double lined feltlike material with two tones and a filter rating stamped on the front. But, thinking about the extra protection I would be getting from this mask, I was very pleased with the clever Golden Girls reference and the additional reusable filters. Wearing it, I felt impenetrable to the virus and to oxygen.

Sadly, I soon found out that Phoenix, Arizona in June was not the best place to be wearing this air restricting contraption. While attending a socially distanced outdoor dinner, in 108-degree heat, I found myself struggling to breath. I sought relief by loosening the straps, but the material still clung to my face with each breath. Finally, we decided it was too hot outdoors and it would be more comfortable to move things into an air-conditioned room. The move proved to be futile as my body was already over heated and the warm mask continued to insulate my sweltering face. At this point in the pandemic, Phoenix had some of the highest case numbers in the world. I couldn’t be that person who pulls off their mask in public! Betrayed by my purchase, I chose to suffer in silence until it was time to leave. My spunky Sophia from Golden Girls mask was insufferable in this climate.

Following this incident, I laid my mask to rest. I tucked it into a suitcase pocket with the intent of using it during my next adventure, a move to Canada. The Canadian winter brought new possibilities. In this environment, my mask flourished. Pandemic Sophia was a hit! The well insulated face covering prevented my lungs from burning and my face from freezing, all the while celebrating my octogenarian idol and her sassy catch phrase. Sadly, the mask met its end all too soon. A month after moving to The North, I accidently pulled the adjuster off the right ear strap. Devastated, I tried to thread the ear strap back through the plastic piece, but that just caused further damage. There was no chance in hell it was ever going to reattach properly, so I stashed it in my glove box and never saw it again. Sophia deserved so much better… Presumably, it’s still there, but I haven’t had the heart to check. Sophia’s playful message still resonates with me; “Picture it…quarantine 2020!”

More stories from Sandra and writers in Humans and other communities.