by Mae McCreery 2 years ago in humor

The two month period where an game outranked sex. 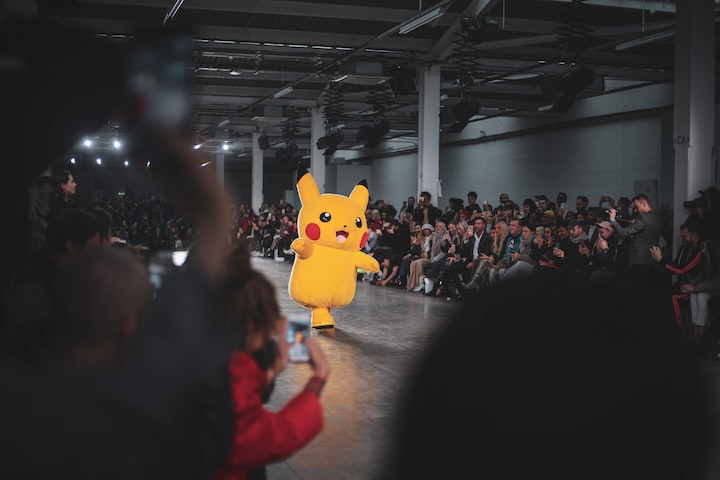 Photo by Dyana Wing So on Unsplash

My (then) boyfriend was OBSESSED with it. We were about to have sex, I mean we were seconds away one time and his phone got a notification. He stopped and checked it.

“What’s wrong?” My mind instantly went into panic mode since his parents were then hiking out of town and I thought that maybe they were in trouble.

He jumped in the shower and I got dressed and started packing a ‘go bag’ in case we had to go to a hospital.

My brain immediately goes to the worst case scenario. I grabbed some clothes for us, a couple books, charger cables, and an emergency battery pack. I already had a first aid kit in his car that I got for him when he got his license.

I was throwing in a few protein bars that his dad likes and a couple of fruit snacks that his mom likes into the bag when he came downstairs.

“The hell are you doing?” He asked.

“Well I packed a bag just in case we have to stay overnight somewhere. According to the itinerary your mom gave me, they should be at a camp site that’s about 3 hours from here and I’ve already mapped the ranger stations and all emergency rooms closest to that site.” I opened the door. “The neighbor will check on the dogs while we’re gone.”

“Babe.” This fucker started laughing at me. “My friend Kay just said there was a jigglypuff down the block. Gotta catch them all!”

He then walked out the front door and I had to take several deep breaths.

I unpacked the bag and he stayed out for over an hour just wandering around the block catching Pokémon.

There was another incident where we had planned a nice dinner date. We had dressed up, I did my hair and makeup and I had an old dress that I dressed up with some embroidery and beading.

We were in the car and his phone went off. He asked me to check what it was. It was Pokémon Go telling him about a magikarp on the beach near where he lived.

He made an illegal u-turn and he paced around the beach for an half hour to catch that damn mutant goldfish.

We missed our dinner reservation and when he got back in the car he was so happy about catching it that he tried to make out with me. Then he tried to convince me to blow him ‘as a reward’.

Yeah, that was not happening.

Hold onto your butts, because I have another story.

We were on our way to the movies and his phone went off once again.

We missed the movie because he refused to stop playing. All through dinner, he was trying to get top place at a gym that was linked to the restaurant.

He tried to initiate sex later on but I told him no.

He got mad at me and tried to tell me that I was the one who wasn’t paying attention to our relationship.

So that was the first time I ever left his house in the middle of the night.

Apparently he tried to complain about me to his dad the next morning but his dad verbally bitch slapped him back into reality.

The next day, I got flowers and a bottle of whiskey (that I’m pretty sure his dad picked out because it cost more than $10) and I forgave him.

And that is the series of events of why Pokémon Go almost demolished my sex life with my Ex. I mean not that it was fantastic to begin with. It was pretty vanilla, and zero foreplay. I mean how hard is it to put in a little effort before the main event???

Read next: Ways to Tell If You're the Side Chick