The Little Tree That Wouldn’t 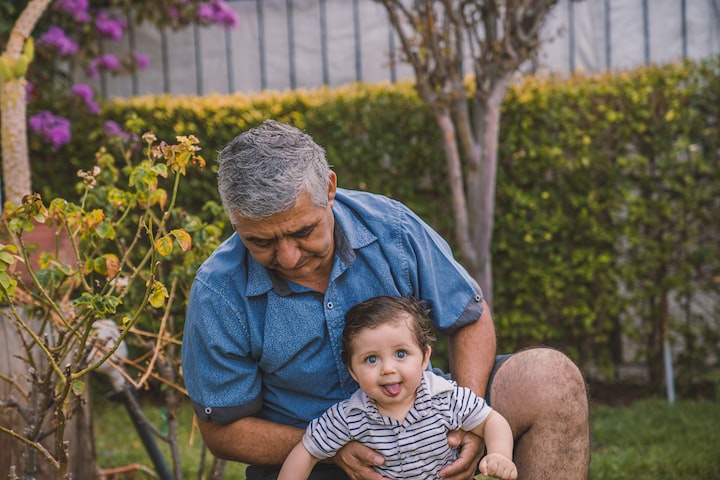 Photo by Alvaro Reyes on Unsplash

"A sweet potato for my Sweet Baby!"

My grandfather reached over and pulled from his garden what had to be one of the largest root vegetables I had seen in my entire life. He gently placed it in my basket, and I looked up at him with excited, wide, eight-year-old eyes. He bent down and whispered, "Go show your grandmother what we found". I turned to run back towards their small brick house, pushing through the humidity, able to see my grandma through the kitchen window. I raised the yam over my head with pride, dirt from the garden trickling down onto my forehead. "We've got a vegetable for dinner, Grandma!" She smiled. We roasted sweet potato and freshly caught fish, paired with cheesy grits.

My grandfather was always a gardener. His famous quote was “everyone has their row to hoe in life.” My mom once said that the only thing that kept my father out of the NBA was my grandfather's garden, and his unspoken responsibility to help with tending to it each year. In the southernmost part of Georgia, 30 minutes above the Florida state line and east of Alabama, you will find my grandparent's house. My grandfather turned his backyard into his oasis, behind a modest home built on several sprawling acres, flowing with flowers, vegetables, fruit trees galore. My grandfather could bring any seed to harvest from pecans to peaches, bananas to okra - except for one very stubborn pear tree.

The tree would produce little pear-like knobs, not nearly ripe enough to eat by human consumption and usually tossed aside for wildlife to collect. My mother would tease him each summer, saying "Joe, that tree will never give you a pear." He would throw his head back and laugh, "Just you wait, Marcy. Just you wait."

Seasons would come and go, my grandfather would harvest his peaches, sweet potatoes, and corn. He would pluck the ripe watermelon from their stems, and bring me and my cousins out to the pecan tree and teach us how to shuck and shell them, deciphering the soft, chewy pecans from those that have gone bad. Still, even with his immaculate green thumb, never once did a viable pear grow on that tree. Until one late July.

I was 16 years old and had just gotten my license. I called my grandparents to share the news, and in return, my grandfather shared that that morning he had gone out to the pear tree to find one beautiful, golden pear hanging by the branches. He couldn't send me a picture as they only operated via landline, but his excitement was palpable. He then recited to me his entire harvest for the summer thus far, but I had already known this. We had just talked last Saturday.

Two days later, he told me again about his harvest. And when I called back one week later to wish my grandma a happy birthday, he had forgotten what day it was. That's when we knew.

Alzheimer’s runs in the family, each member of my father's side has suffered, and lost, to the disease. Great Uncle Jack was first, then David, then Great Aunt Dot, and Daisy. My grandfather would not be spared. By the next summer, all he remembered was that he once had a pear tree. He loved to tell the story over and over about how we all doubted him, but on that one July morning, God and that pear tree brought his prayers to life. He passed away still fully cognizant of this memory, though not much else.

The tree still stands behind the house where my grandmother now lives alone and has not produced a single fruit since. However, I am so grateful for this tree, and its contribution to my grandfather's legacy.

More stories from Rachael A. and writers in Humans and other communities.