AB
by Annise brown 8 months ago in breakups

He was the devil 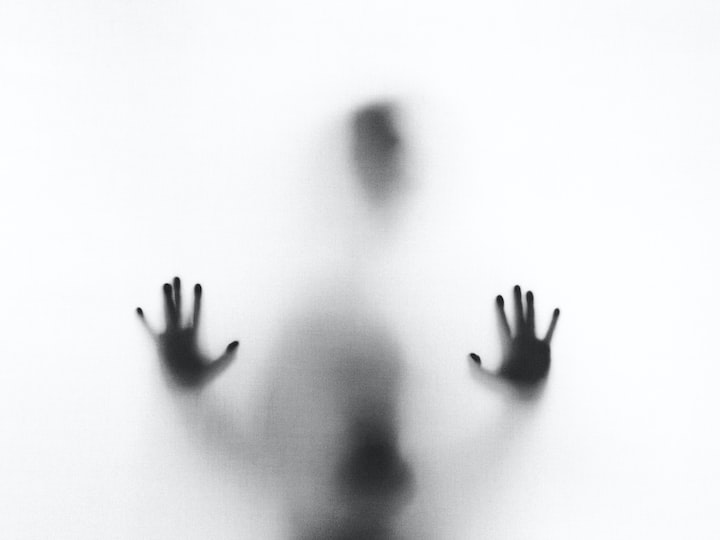 I was ending an 8 year relationship filled with drugs, control, jealousy, manipulation, mental and physical abuse. My ex was 17 years my senior. I was 22 when we met, he was 39. Mentally, I left long ago, but never had the courage to do so physically, until now. My head was continuously buried in my phone every chance I got while working a new job as a housekeeper at a 4 star hotel. My ex was constantly sending degrading, manipulative text messages trying to scare me into not leaving. Things like, you’ll never find anyone like me, no one is going to love you like me, yada yada yada!! I would do anything to get away from this situation, I hated him!

“Why you always looking mad and sad? You too pretty to be looking like that all the time”. 🙄 is the look I wanted to give, the last thing I wanted was some fly guy, Prince Charming trying to save the day. Instead, I looked up from my phone at the voice speaking to me, unimpressed with what I saw, a bell boy, and gave a mean girl smirk 😏, and put my head back down in my phone.

I couldn’t help but think about the feeling of relief from my own situation I got for that split second I engaged with exhibit A, the bellboy lol. I was at this job all of 6 months, when I say this young man chased me around that hotel everyday for 3 months straight until I gave him my number, I am not even exaggerating. I was not mentally prepared to move on to ANYTHING! I was still getting harassed by my ex for godsake! He wasn’t even my type! But after so long of pushing away my ex, the bellboy, and EVERYONE, at some point, a person breaks, and the bellboy was there every step of the way to make sure he was the first one I opened up to. He would even say things like, “Your ex still bothering you? I can get rid of him”. 😳 That conversation didn’t go any further because it wasn’t that serious to me.

I am a good looking young woman, of course Any guy would be flattered to have a chance with me, is what I thought. All along this person saw my vulnerability, he watched me everyday for 3 months and I didn’t even realize it. He watched how I moved, when I was sad, mad, happy, he learned all of my emotions without knowing me or saying a word to me! How is this even possible! He was the devil.

He gained my trust. We talked almost everyday and of course, we saw each other everyday because we worked together. He helped take my mind off of what I was going through and made me feel safe and secure. I could tell him anything. To me, he became my best friend and after 4 months at the job, we even began getting in trouble at work together.

I was cleaning a room one day and the bellboy snuck in the room and scared the daylights out of me. He would always play games like this to startle me. He gave me a kiss and 5 seconds into the kiss, a manager barged in and saw us. Of course she reported to her managers that she saw an inappropriate situation or something of that nature, and we were both suspended for about 3 days.

It didn’t take long for the job crew to put two and two together to see that we had become really close friends. He would come over to my place and, you knw,......... We would meet in the parking garage on his break at work in my car or his and..well.... you knw the rest. I was having the time of my life, so I thought. I had someone who understood me and really cared about my feelings. We even discussed what would happen if I became pregnant, being that we were together. Now, I was with my ex for 8 years, no protection, no birth control, and never popped up pregnant. It never even crossed my mind, I foolishly assumed I couldn’t get pregnant because it never happened with my ex. I did however have a daughter that was about 13 at this time.

The first time my period was late, I told him, but it was a false alarm. He responded “see I’m still here”, cliche. No way was I trying to get pregnant, but we were not doing anything to stop it from happening. Maybe I was wrong for thinking we are all human individuals that say what they mean, and mean what they say, that won’t lie, deceive, or use you like you are an object to be thrown away like trash when they don’t want you anymore, that we all would have regard for a human life that you helped create no matter the situation. Anyway, here comes that gut feeling that something ain’t right, and before I make a mess of things and go any further, let me end this thing. This thing that I never even saw coming, this thing that I did not ask for, want, or was ready for, this thing that I ran from for 3 months, chased me down and I never stood a chance against. So not fair!

One more time, I told myself because I grew feelings for this person, how could I not? We came together as one, and shared our bodies! I still had a heart. After that, I became pregnant for real. I told him, I don’t know how he knew this time was real from the last, but this boy responded, “I’m married”.

😳I recall hearing a coworker ask him how his wife was one day, he was following me around work like a little puppy still trying to get my attention. I asked him about it immediately and he said she was lying, she was hating and just mad. I Had never been lied to like that before about something so serious as marriage, or to even know to be looking at a man’s hand for a wedding ring. If you behave as a single man, I’m gonna assume you are being the real you, and if you say you are not married, I’m gonna trust you. Boy was I green, vain, and naive!!

I had 2 abortions after my oldest child but I told myself that I would never do that again! Now is the chance to put my money where my mouth is! But god, did it have to be like this? Did it have to be this way??!! YES! He said! I switched jobs before I became intimate with this boy, I just didn’t wanna mix work with pleasure so, I never saw this boy again after I told him that news, every interaction after that was through text, and man did those text messages get ugly! Everything from me threatening to tell his wife, death threats, to him telling me he will see me in hell! 😳I won’t be there! My favorite song while I was pregnant that got me through a lot of lonely mornings was Taylor Swift “I knew you were troubled when you walked in” “Trouble”.

Despite my encounter with exhibit A, sperm donor, aka “ the devil” I welcomed my baby girl on 9/25/2013, I stuck with my word to keep my baby, and guess who stepped up to be daddy, my ex, the one I hated so. What my ex and I went through allowed us both to grow as individuals, to know that we cannot be together as a couple, too much damage done, but we are the best of friends. We talk about any and everything from the past, and in the future, and if anyone, even myself, says that my babygirl is not biologically his, be prepared for WAR! Lol