What could go wrong? 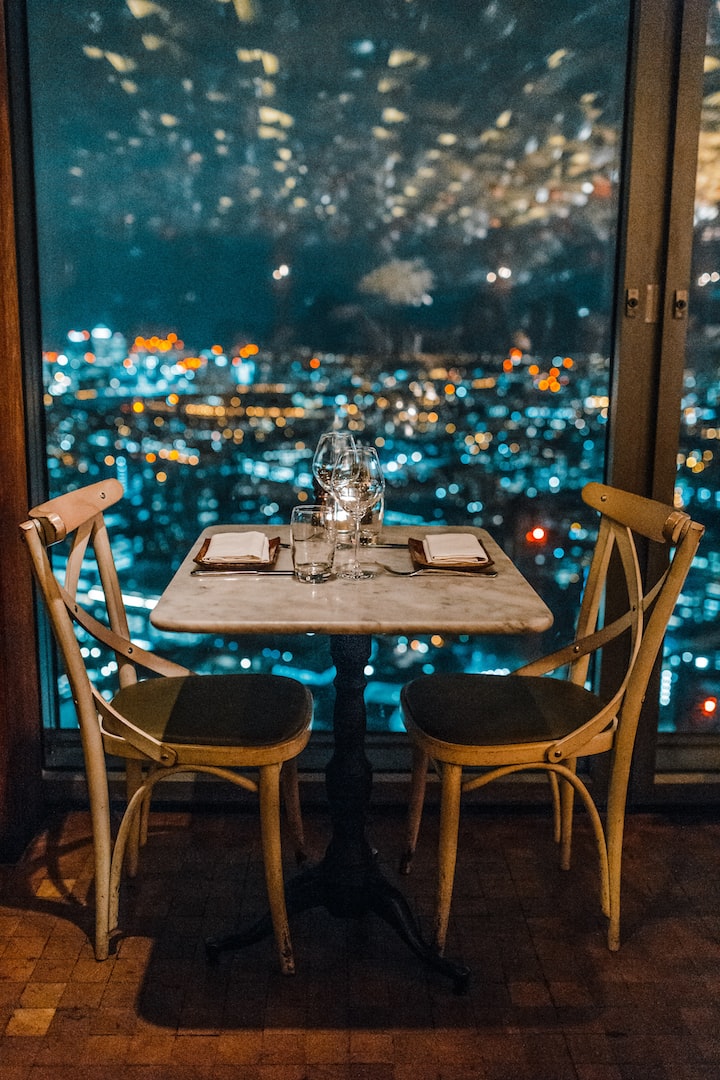 Photo by Matthieu Huang on Unsplash

“Great! I have a match!” Jenny thought gleefully while checking her dating application. It was part of her morning ritual: she wakes up, does her yoga, drinks a cup of green tea and checks her phone to see what’s new. Today started like any other, however, she felt that something was off but she couldn’t pinpoint what that was. Probably just a feeling. For a police detective such as herself, this gut feeling meant more as it saved her multiple times over the years

“So who am I going to meet tonight?” she wondered. His name is Frank, he’s a prosecutor (thank god he’s not a défense lawyer), he’s 34 and looks to have a beautiful dog, a golden retriever. On his pictures he looks athletic and in shape, that means he must be careful about what he eats, maybe even a vegan like herself. She tended not to advertise this point as it came with some labels. People love labels as she quickly found out earlier in her life. As a vegan, the jokes were always the same: “so, you eat grass?” Followed by an unpleasant laugh. If only they knew. She would love well past 100 while they would be in the grave by age 60 for the unlucky ones.

Frank looked good to her. Good enough for a night cap? Let’s start with a date first. She wrote him some cheesy line she heard in a movie but it worked as he replied quite quickly. Too fast? Meh, that’s just a matter of opinion. Luckily enough, they were both available in the evening. Jenny chose the restaurant, a nice and quiet place in the heart of the city and Frank took care of the reservation. It’s a date.

As they’ve never met, they both wore recognizable items: Jenny had a blue coat and Frank a red scarf. After a few awkward seconds in front of the restaurant they saw and greeted each other. They started talking but it was quite cold so they quickly went inside. The waitress guided them to their table and gave them both a menu. But right away, Frank asked the staff a question that brought a smile to Jenny’s face: “Excuse me. Do you have any vegan options?” “Of course, sir, the waitress replied with a smile, it’s all right there on the third page.” “Great thank you” Frank said.

“So, Jenny started, you’re a vegan too?” “I’ve never really been a meat eater, he said, even when I was a kid. You see, I was raised by a very aware family. We grew our own vegetables, fruits and we cooked and baked everything. No microwave or anything like that. Just good old cooking.” “Oh, I like that” Jenny thought. “How about you?” he asked. But before she could reply, the waitress came back and asked them if they wanted something to drink to start. They both asked for sparkling water as it helps with digestion. “Oh me? she said, I’ve become vegan more by the force habit and because I noticed that I couldn’t really digest meat and dairy very well. It’s more and more easy to find alternatives. And I like tofu, so what can I say?” They both laughed.

She ordered a salad with dried tomatoes, olives, croutons, vegan feta cheese with balsamic vinegar and olive oil. Frank ordered a fried rice cantonese style with tomato sauce, corn, peas and tofu. To go along with their meal, they chose a bottle of Merlot wine. This brought back a lot of memories to Jenny when she visited the grape vines in Bordeaux, France when her father was still alive. They continued talking in order to get to know each other and then left the restaurant, each paying for their own meal. They’re modern and progressive like that.

He invited her home and she thought, why not, he doesn’t seem dangerous. They took the subway and this is when she noticed the change in her match. He started acted strange. Always looking over his shoulder, like he was being followed. “Are you okay?” she asked him. “Yeah, I’m fine…” he replied. “Are you sure?” she insisted. “Did I stutter?” he snapped. “Wow, Jenny thought, this is not what I expected.” “Ok. We’re done.” she said, and left at the next station. She went back home, disappointed but glad to have noticed it either way.

“What a waste, she thought, at least the Merlot was good.“

More stories from Antoine Clerc-Renaud and writers in Humans and other communities.