Why is Canada so attractive for game developers?

Total revenues are higher than movie and TV combined. 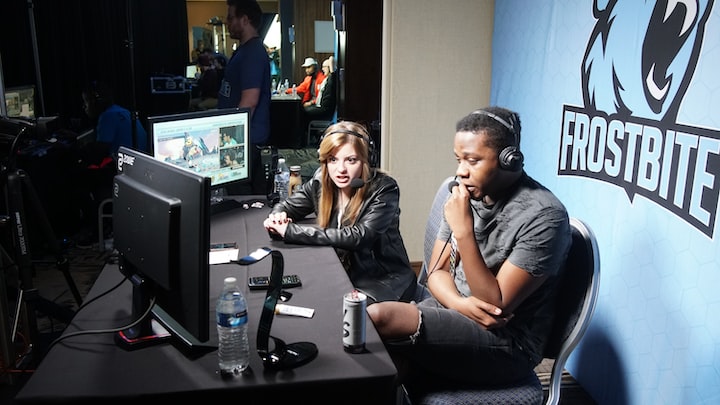 This is a questions asked by many whether from within the video game industry or from bystanders noticing how popular this entertainment is. There are several reasons as to why so many game companies either are created from scratch in that environment or coming from elsewhere in the country or abroad. The most convincing example is definitely Ubisoft. Before coming in Montréal, Québec, they were in few parts of France, mainly Paris and Montpellier (in the South where Rayman was created). Then in 1997, something happened. They were convinced by a smart lobbyist to expand in Canada. Meanwhile, that same lobbyist managed to convinced the Québec government to help the French company with some tax incentives. The rest is history. However, what makes Canada so attractive for game development goes way beyond money. It absolutely helps but it can’t be only that and it’s not.

As with the United States, Canada is historically a country built on immigration. And as with our southern neighbours, it never stopped. People keep coming here. Why? A lot has to do with Canada’s quality of life. Whether you are in Québec, Ontario, British-Columbia, Nova Scotia or any of the other provinces or territory, life is generally good. You can always find some work, especially with all the burgeoning companies popping all around while getting some affordable rent and grocery stores. And, with a few exceptions, Canada offers various and mostly easy ways to get a working visa compared to other countries.

It’s not a surprise if, regularly, we find Canadian cities well ranked when it comes to quality of life. Whether it’s the 2019 EIU’s Global Liveability Ranking with Calgary, Vancouver and Toronto or Mercer’s Quality of Living Ranking 2019 with Vancouver, Toronto, Ottawa, Montréal and Calgary, Canada is always among the best. Most recently, Montréal was ranked one of the best cities regarding public transit by USA Today. So, it’s no surprise people choose to come live here. Which in turns explains why we have such a diverse ecosystem of gaming companies. With designers, artists, musicians, programmers, producers, directors coming from all over the world, we can only have games that are different as a result. Ubisoft, them again, was the first company to state the obvious when they displayed a message in some of their games telling the players that the game they were about to play was created by people with diverse opinions, religion, background and so on.

Moreover, as a French and English-speaking country, Canada doesn’t have a huge barrier to entry in that regard. Compared to another video game country like Japan, this is definitely an advantage. This also explains why the gaming industry in Québec is always booming while it’s harder than ever to get into it in France. Although the two regions don’t share the same culture at all, having a common ground in the language department definitely helps. It doesn’t mean it’s all bells and whistles, though and still require a lot of hard work. But there are a lot more companies to choose from.

Finally, the help entrepreneurs can get to create a new company in Canada is one of the best in the world. Not only can it come from the federal government, but also the provincial one and even to a local level. Most neighbourhood have an office where you can gather some information before launching your company. Let’s not forget the non-profit organizations like la Guilde in Québec or Interactive Ontario who are here to help video game studios whether they’re well established or new to the scene. Game studios don’t hesitate to help one another. There is some competition but everyone wants to see everyone else thrive and succeed. Furthermore, there are a lot of events designed for well established developers or newcomers to the industry such as MEGA MIGS in Montréal. That’s also what makes Canada such a great place to work and ultimately live.

More stories from Antoine Clerc-Renaud and writers in Journal and other communities.