A Pandemic to Remember

by Lisa Sooko about a year ago in humanity
Report Story 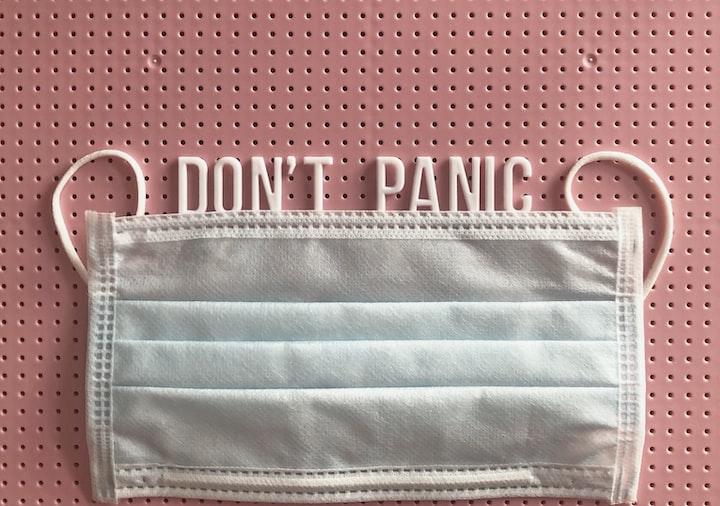 The Pandemic is known to be an infectious disease that has caused an enormous amount of significant economic, social, and political disruption. Consequently, many individuals that are infected with Covid-19 virus will experience mild to moderate respiratory illness and will be able to recover without requiring special treatment. In addition, older individuals and those who with underline medical problems such as cardiovascular disease, diabetes, chronic respiratory disease and cancer are much more likely to develop serious medical illness. Therefore, the best way to pervert the infection and slow down the spread is to protect yourself and others by washing your hands, using alcohol-based rub frequently, wearing a mask and not touching your face.

The pandemic is affecting individuals in several ways. Many American’s have lost their jobs and are suffering to pay for essentials needs such as food and shelter. The Unemployment rate has raised dramatically in the United States due to lack of income. According to BBC News,

The US unemployment rate has risen to 14.7%, with 20.5 million jobs lost in April, as the coronavirus pandemic devastated the economy. The rise means the jobless rate is now worse than at any time since the Great Depression of the 1930s.Since the pandemic began, the US has suffered its worst growth numbers in a decade and the worst retail sales report on record. The Labor Department said more than three-quarters of those without jobs described themselves as temporarily laid off, a sign that many of those currently without work are hopeful that the economy will be able to rebound (page 1).

Therefore, if individual keep relaying on unemployment for survival the economy will not be able to reboot which will cause local and big business to shut down permanently causing a massive recession within our country that can lead to a great depression.

Many Americans around the world are suffering to provide daily meals within their household. Due to lack of income many individuals are now relaying on soup kitchens, local pantries within their communities, public schools and churches to receive food in order to feed themselves and their love ones. As stated by, Providence from Battling food insecurity during a pandemic, “7.4 percent of mothers with children ages 12 and under can’t afford to feed their children enough to meet their needs, compared to 3.1 percent in 2018.The number of mothers with children ages 12 and under whose food supply ran out increased 170 percent. 34.5 percent of households with a child age 18 and under are food insecure, an increase of about 130 percent.” Hence, the lack of food can lead individuals to psychological stress, poor health outcome, chronic health conditions and malnutrition and can hinder children and seniors tremendously.

During the pandemic several individuals have lost their lives due to sever medical conditions they have encountered. Unfortunately, the hospitals and clinics have worked countless hours trying to save lives but were lacking medical equipment and space to provide the treatment patients needed to survive. Even though doctors and nurses worked diligently to help many people they were also endangering their lives by taking a rise to fight this enormous virus outbreak. NBC news anchor’s Joe Murphy and Corky Siemaszko stated “the United States has recorded a quarter-million Covid-19 deaths, the latest NBC News numbers showed Wednesday, and the death rate has been accelerating in recent weeks as cases have been surging across the country. The 250,000th death was logged Wednesday morning, the data revealed.” Even though medical institutions have had a rapid surge of cases and loses it has also been very difficult for family and love ones to spend the last few moments with their loved one in hospitals and clinics due to the high infection rates.

Sadly, due to the high death rate in America many individuals have been affected emotionally, physiologically and mentally and are looking for professional support in order to deal their grief. Many local originations and communities are offering virtual therapeutic services and virtual yoga classes to help individuals relax their train of tough and become more at ease with the circumstances they are currently encountering. For example, my best friend has encountered a house fire, lost her dad and then was hit with dealing with Covid19. In order, for her to get some emotional support I advised her to speak to her medical doctor and get a referral to speak to a social worker, hopefully this will help her heal better knowing that there is a professional individual to lean on rather than family and friends alone.

In America social distancing has become a very important factor thought out every state. It is called the “new normal” and it is required that every single individual follow the rules that are enforced. Everyone is told to wear a mass, stay six feet apart and use hand sanitizer and only go outdoors for essential needs such as food, medication and laundry. In addition, when individuals are home, they are told to keep their homes cleans and sanitized and to using products like Clorox and Lysol to kill germs and bacteria. Consequently, the holidays are coming up and everyone wants to gather with family and friends by doing yearly traditions and parties. Unfortunately, this year will be very different because households are not allowed to have no more then ten people for Thanksgiving, Christmas and New Years Eve due to the high infection rate we are currently undergoing. In order to keep everyone Safe and healthy during these problematic times local officials recommend that people use Zoom, Google Meets, Facetime, WhatsApp and other social media connections to interact with those we love and care for deeply so that no one will be facing medical issues that lead to death mental affects.

Traveling around the United States has been very difficult for many individuals due to the rapid spread of the infection. Many people are not liking the idea of getting the Covid19 test before and after traveling but are required by law to do so. Upon getting the tested individuals are told to quarantine for about fourteen day after traveling and to isolate themselves from people within their household to stop the germs from spreading.  According to Tori Emerson Barnes from the EVP, Public Affairs and Policy and Laura Holmberg form marking and industry communications “In the week ending November 14, travel spending tallied $11.9 billion, reflecting a 44% drop below last year's levels (a $9.5 billion loss)”. Thus, with these changes it impacts the airline industry and shows how much less people are traveling due to safety measures.

Learning virtually has had unbelievable impact on students and parents. It is much harder to learn the material for classes without that one on one supports from your teachers and peers. Several parents are struggling to assist their children because of language barriers and being unfamiliar with the American education system. Sadly, many students do not have the resources to do their homework for classes such as computers, iPad or even internet. Aside from materials needed to study, many do not have the food or nutrition’s at home to function properly and are currently unable to receive school lunches or snacks to eat. Allison Collins and Austin Steele from CNN News stated “According to UNESCO, nearly 1.3 billion students were stuck at home after their school year was suddenly interrupted. Students began trying to navigate distance learning. With little notice, teachers switched to virtual classrooms. Parents took on the role as homeschooling became the new norm.” Therefore, with these new limitations students just must follows the rules and regulations until the infection rates decreases and a remedy comes out for this outrageous virus.

Pfizer has been pushing the Food and drug administration (FDA) for an emergency vaccine in order to save and protect many American lives and stop the infection rate from increasing daily, weekly and monthly. CNN  Jamie Gumbrecht stated that “ Moderna, another pharmaceutical company, announced Monday that early clinical trial results show its vaccine is 94.5% effective, and it also plans to apply to the FDA for authorization after it accumulates more safety data later this month.” Consequently, with amazing scientific results like this it will help American’s have hope and feel more at ease because a solution to this Covid19 virus will soon be in the past and everyone will be able to move forward with their daily lives, future dreams and goals.

In Conclusion, this pandemic has been a game changer in the United States and has caused a vast amount of pain and suffering for all Americans. Business, schools, restaurants, casinos, banks and much more had a total lost and are still struggling to uptrained their location and pay employees. In addition, several people lost their love ones and suffered emotionally, physiologically and mentally including medical professionals. Therefore, to make things less stressful in America everyone needs to come together and follow the rules that are enforced which is in order to  pervert the infection and slow down the spread everyone needs to  protect yourself and others by washing your hands, using alcohol-based rub frequently, wearing a mask and not touching your face while presuming daily activities outdoors. Lastly, always remember that if you and family take precaution and continue to be clean and sanitized then you will be one more individual making a difference in America and leading towards a positive outcome.  Covid19 needs to go forever so lets all come together and make a change now and forever.