A Military Brat's Guide to Happiness

by Carlton Burns about a year ago in advice
Report Story

From Katrina, to the Iraqi War, and finally Home 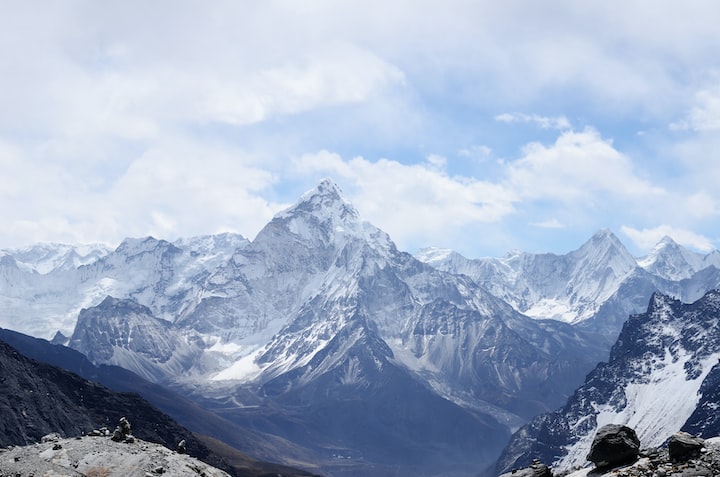 Photo by Rohit Tandon on Unsplash

Thinking back on my childhood, it was sporadic to say the least. Not to say my family were crazy(in a non-lunatic manner at least), but that we were always on the move--a normal life for a military brat.

Though being nomadic is part of every brat's life, our experiences are what differs and define us. I write this to not only inspire those part of the 'club', but those of you who would like a fresh perspective to get through troubling times.

Back when Katrina paid a visit in 2005, I was around five years old. At the time, my mother was stationed elsewhere, so, me and my two brothers lived with her parents. They live in a small town in Louisiana called Bunkie--a nice quiet area, without too much going on.

My grandfather worked as a Fire Chief, while my grandmother was the manager for the town's Shell station. They've been married currently for 50 years, which is rare in these modern times. Needless to say, true love lasts as long as both individuals put effort into making it last.

On the night the storm hit, me and my second eldest brother stayed at our Aunt and Uncle's house, sharing a blowup mattress. I didn't quite know what was going on, but hearing the heavy rains and winds blow against the house could frighten any little kid.

The next day when the storm had settled, the lives of the people caught in it would be changed forever. Thankfully, me and my family were far enough away to avoid any heavy damages. It didn't quite dawn on me at that time the magnitude of the storm, but now looking back, it's an experience I won't forget.

I don't quite remember all the details--hence my young memory, but there were tell-tale signs that a storm had made its way through. As a kid I'd say I was still oblivious to the world (as many kids are), but I could tell I didn't quite fit the "normal" mold of most children.

It was akin to being an 'outsider', a very happy-go-lucky one at that. Still am to this day, but with more life experience. Adding all of that to an individual who was shy and quiet, you have a recipe for always sticking out like a sore thumb!

Attending school in Bunkie, I wasn't the most sociable but I managed to become friends with those I warmed up to. And of course there were kids who didn't like me for some reason. They stopped bothering me after I knocked out this one kid's gold tooth. True Story!

Moving forward a bit, my mother came to Louisiana from where she was stationed, to bring me and my brothers with her to Washington State. Of course the news was exciting and I was very happy to see my mother. The only problem is, that I'd lose my current friends, in hopes of trying to make new ones in a new setting.

The transition to making new friends was a little rough, but, smoother than last time. I was still shy to a certain extent, but once I got comfortable, I adapted quickly. We moved in an area that was still in development at that time, in a town called Lacey. And it was there I considered that place home.

Unfortunately, that time of peace was short lived. Around 2008 was when the Iraqi/Afghan conflict began. So by default, my mother would be headed over there to help in the fight. My mother explained the whole ordeal and that ultimately we were all parting ways--temporarily. She sent us to go live with our Father's, while she was sent overseas.

My father lived in Baltimore, MD and the flight I took seemed like forever. Not to mention I had to fly solo, since my brothers were headed to different states--fun times! A part of me was excited to stay with my dad and the other part dreaded the clean slate aspect of it.

As you can guess I was still a bit shy, however, I was getting accustomed to the constant changes of scenery. It was with him that I learned key things about becoming a man and dealing with life's obstacles. The first one--hitting me as soon as I had realized it: My mother was in a war.

The thought of actually losing my mother is what haunted me during my stay in Baltimore. Depression slowly creeped into my young life from the instability I had growing up. But my dad helped me through those tough times, and its from him, that I learned patience and willpower.

Growing up in Baltimore and being a retired vet, my father experienced a lot in life--good and bad. At a young age, he had to deal with the deaths of the men in our family, leaving him as the oldest male at the time. Which also meant he had to learn what it means to be a man on his own.

From the multiple stories every father has with their son, I could tell he's been humbled. Learning from his anecdotes, I'd use that as motivation to push through whenever I had troubling thoughts--including about my mother. About a year later, I received a call from her saying she was coming home and that I'd be coming home too.

Landing back in Washington felt like a long time coming. I'd be back with my brothers and most importantly my mother. However, it seemed like fate had another lesson to teach me. Not too long after we had all reunited, she received news that she'd be going to Oklahoma. This time we were traveling with her.

It was during my time in Oklahoma that I experienced depression, due to the lack of a normal childhood. It seemed like every time I'd get comfortable, including making good friends, I would eventually have to leave, never seeing them again.

This time I'd just stay to myself, not allowing any connections to be made with my current environment. Which wasn't hard, because the part of Oklahoma my family stayed was a bit rural. I would stay in my room mostly, barely going outside, except to walk our dog.

Anything more would be to go to the movies and that was the bare minimum I'd accept. I learned a lot about myself in my own induced isolation--more so the feelings I had built up over the past few years. Without anyone I could truly connect to I had to connect to myself, nearly rejecting the outside world.

My family could sense I wasn't quite the same and they weren't wrong. I didn't want to open up to them for some reason, perhaps it was guilt, or the fact I felt they couldn't understand how I was feeling. The remedy to this depressive feeling was a talk with my dad, which helped put things in perspective.

After that episode in my life, things started to take a turn for the better. Time in isolation taught me that when all else fails, you will always have your own back, even in the toughest situations. That mentality would of course be tested, as my mother announced near the end of my 7th grade school year, we'd be moving back to Washington.

Once back in in my hometown, I felt renewed! A lot of things had changed since I've been back, including some of the friends I had earlier. The only problem was that I picked up the bad habit of being too isolated, due to my time in Oklahoma. I eventually had to grow out of it.

From eighth grade all the way up to my senior year, I had to experience the ups and downs of every person who survived High School, which was finding out who I am. Through trial and error I had come into a better understanding of myself.

And its all thanks to the individuals I had the opportunity of meeting across life. Though I may never see them again, the experience is what matters most. Looking back, I can say I met some interesting people who I could call friends.

However, I was searching for that true friend, the one that seems like a myth in these current times. One that would understand me completely. See, moving all around and being able to connect with others from different backgrounds and lifestyles, I was able to understand them and their struggles.

I happened to also be the one to help those in need, so I'd have my hands full keeping those I care about in good spirits, while dealing with my own problems. Its just who I am. Being able to connect with anyone is special, especially if they know they can trust you.

Learning to have my own back taught me that with any situation that comes, perseverance is key to getting through them. If you don't believe in yourself then there's no point in living for something. And all my life I was searching for that true friend.

Little did I know, that true friend happened to be the person I see every time I look in the mirror. Being able to have that realization, enabled me to realize that in becoming my own true friend, I was able to be that friend that people could rely on.

Many people doubt the affect they have on other's lives not realizing each and everyone serves a purpose to the individuals they encounter. Sometimes your perspective is what helps people see through their own tribulations.

If you're ever feeling like your presence is not appreciated, just know that it is, even if it's to a small amount of people. After all, there's no coincidence why we're born on this Earth. The trick is to embrace who you are to uncover the rest of your truth.

More stories from Carlton Burns and writers in Humans and other communities.