A Love More Powerful Than Love

by Skye Bothma 2 years ago in friendship

I recently came across the BBC TV series Merlin on Netflix and as I’ve always loved stories of King Arthur and Camelot, I started watching.

In this variation of the story, Merlin is the manservant to the prince Arthur but has to keep his magical powers secret. Over the course of the five seasons we see a strong bond of friendship develop between Merlin and Arthur as they go through various adventures together with Merlin saving the day without Arthur realizing it. We see Merlin loyally by Arthur’s side as he becomes king, marries Guinevere, forms the roundtable, draws the sword Excalibur from the stone until, ultimately, the fateful battle at Camlann where Arthur is mortally wounded by Mordred. In this version though, it is Merlin who takes Arthur to Avalon in the hope that the magical Sidhe that inhabits the isle may be able to heal him.

As the series is family-orientated, the story-line tended to be light, comical, and heartwarming, it left me ill-prepared for the crushing ending of the finale of season five. I had expected the writers might have chosen to create a new happily-ever-after ending, but they instead honoured the legend and stayed true to the traditional story and so Arthur does indeed die. However, in this retelling, he dies in the arms of his best friend on a hillside in sight of lake Avalon. 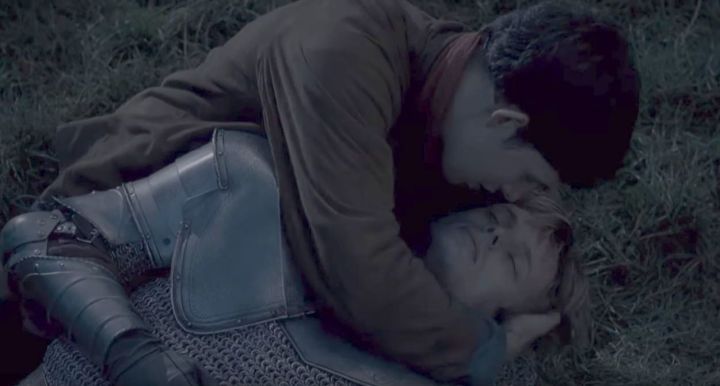 I’m not surprised that Colin Morgan won an NTA award for his performance – the gut-wrenching grief he brought to the character in the scene was incredible. It’s the most moving on-screen death scene I’ve seen. Now, I know I’m an emotional, sensitive type, so I am easily moved by emotionally-intense TV and film drama and I easily shed a tear or two over a sad ending, but this one really hit me hard. It continued to play on my mind for days and I slipped into a depression.

I ended up on YouTube, watching all I could about the show – bloopers, behind-the-scenes extras, and interviews that showed that the actors’ friendship was just as strong off-screen as it was on. Yet, somehow this didn’t diminish my grief at the loss of this fictional character – it usually does the trick because seeing the real people in ordinary circumstances tends to break the spell – it only seemed to make my grief worse.

I struggled to find the root of my feelings. Was it all that the legendary Arthur stood for – honour, loyalty, chivalry, peace? Was that it? That these ideals seemed to have died with him? Forgive me, but I don’t see a lot of honour, loyalty, chivalry, and peace in our world today. Was it that I had a crush on the actor or had fallen in love with the character? Hmm, I don’t think so, certainly I’d swoon if Bradley James’ Arthur were real, but as far as falling for fictional characters go, Damon Salvatore from The Vampire Diaries is more my type.

Then I started watching fan tribute montages that portrayed the love between Merlin and Arthur, and then it hit me. Hard. And I cried, like I haven’t cried in a long time, for several days on end. The creators of these montages, of course, were thinking Merlin and Arthur’s close relationship had to be gay. But that’s not what I saw. They were not gay lovers, they were best friends in a bond of friendship so strong that it’s as if they were made of the same fabric, ‘two sides of the same coin,’ as Merlin’s mother puts it earlier in the series.

I know this because I too had such a friend and lost her. We met in childhood, though it was really in high school that we truly bonded. We called ourselves kindred spirits as we were so inseparable, like Anne and Diana in the Anne of Green Gables stories we loved so much. We understood each other, we were so alike, we had the same interests, fantasies, and dreams; we were bullied together by our peers, but we had each other. We never fought, never got annoyed with each other; we were always in tune with each other. But just when high school was over and our lives were beginning, hers was taken in a car accident, and I was left with an emptiness that has never been filled.

Twenty-five years later and I still feel like I’m missing part of my soul. I’m not over it – I’ll never be over it. I only learnt to suppress it, to bury the pain, until this final episode of Merlin struck a chord so great that it shook the wound open again.

As I watched those montages replay Arthur’s dying moments and Merlin’s devastation, I saw myself losing my best friend all over again. The pain of this fictional story was very real for me and the tears streamed down my cheeks. And there were even more ways that this story seemed to match my own.

Like Merlin receiving the prophecy of Arthur’s death, my friend’s death too was foretold. She told me many times that she knew she would die young. I never took her seriously, and even if I thought she might be right, I thought she meant around age 40. Even with her warnings, I was not prepared to lose her at 19 and there was nothing I could have done to prevent it.

Like Merlin, finding the wounded Arthur and trying to take him to be saved, the emergency services found my friend alive, but she died en route to the hospital. So I have all those if-only's too – if only they could have got to her sooner, if only she could have held on just a bit longer, if only I had taken her predictions seriously, if only I had tried harder maybe I could have prevented the events that saw her as a passenger in that car that fateful night.

Even just the story itself makes me think of her. She too loved Arthurian legends and medieval mythology. Part of my watching the series was because it was something we would have enjoyed together, and I know we would have both been in tears at the end, mourning the death of Arthur together.

I go on walks alone in the countryside where I live and I still talk to her and I can feel her close by, and I see her in my dreams, but it’s not the same and I’d do anything in my power to bring her back. I’m like the aged Merlin, many hundreds of years later, still waiting for Arthur to rise again. I too am waiting for the day when we will be reunited, though sometimes it’s hard to resist the temptation to leave this world and join her in hers.

I’ve never married and I doubt I ever will. That’s the irony about the love between kindred friends, it’s far more powerful than romantic love. In all my romantic relationships, I’ve longed to find that same closeness that I felt with my friend but I think, except for a few rare occasions, this is impossible because that kind of bond is only possible between close platonic friends.

The pain of losing such a friend is a lonely one. It’s not even something that comes up often in fictional storylines. Sad endings usually involve the death of a lover, not a best friend. Not many people are fortunate enough to find such a close best friend, a kindred spirit, and fewer still have lost that friend to know what that pain feels like.

I’ll end this piece with a Gaelic blessing that we would say to each other whenever we parted:

May the road rise up to meet you.

May the wind be always at your back.

May the sun shine warm upon your face;

the rains fall soft upon your fields and until we meet again,

may God hold you in the palm of His hand.

From your kindred spirit forever… Until we meet again. 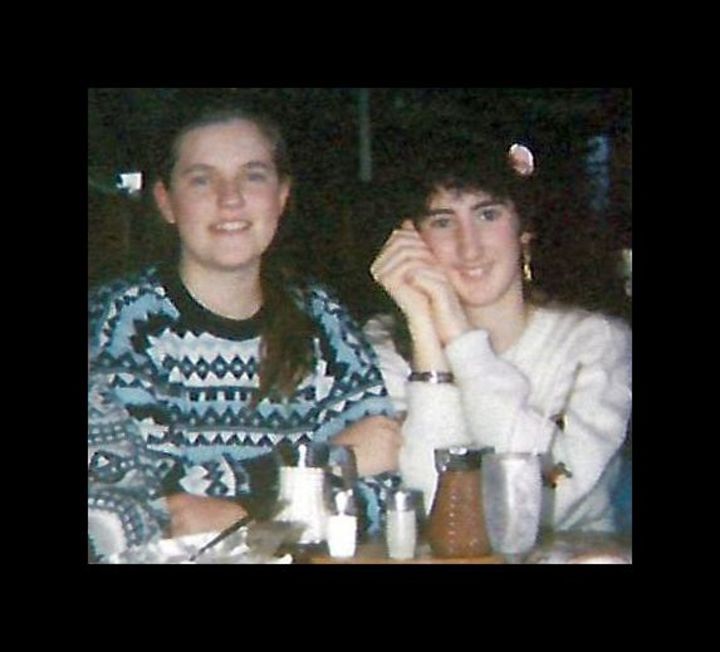 Skye is an author and artist living the country dream in rural New Zealand. She's terminally single, and lives with her pet rabbit, Trixie. Follow her at: www.facebook.com/skyebothmanz or visit her website: www.skyebothma.nz

See all posts by Skye Bothma →