by Candace Gomez about a year ago in humanity
Report Story

Angels are among us 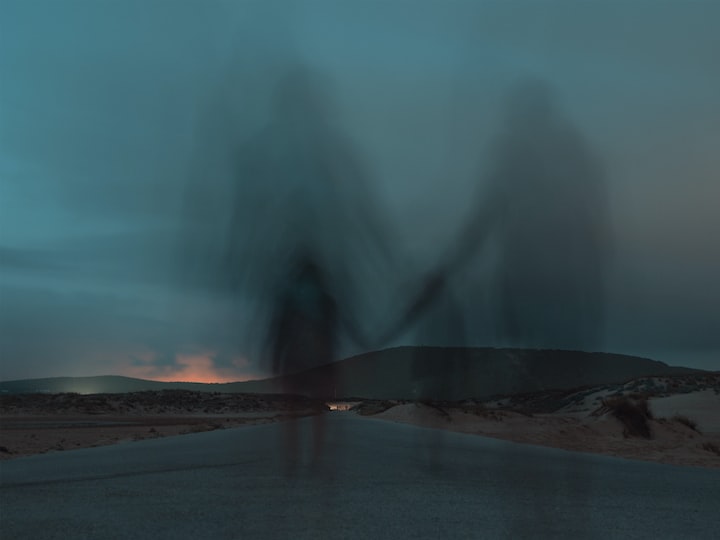 Wikipedia says 11:11 on a clock can mean a sign or signaling of a spirit present. My ex-husband and father to my now 7-year-old used to text me 11:11 every day at 11:11. In the 11 years we were together he probably missed only a handful of days.

His Birthday was November 11th. This date meant something to him. In all our 15 total years of knowing each other we never discussed if he thought of this number as a sign. All I knew was it was his birthday. I’m sure I looked it up through out the course of that time.

There are so many different sites that state its an angel number, or it’s the number of new beginnings. Make a wish! This is pretty easy to come by and so most of you probably know something about it already.

Here’s what you didn’t know. My ex passed in 2019 of a sudden infection. We have dealt with it and are moving forward in our lives. I believe it was a week after he passed a boss of mine asked if I was getting social security for her. I didn’t understand, she went on in more detail about how she knew some kids who got a chunk of money after their parent had passed. Hmm, this was something to look into.

That next week, my daughter and I were getting ready to go to the social security office just a few exits down the highway. She was picking what toy to bring, 5 at the time so this was important. She then looked at me and said she needed more toys. I, still very emotional looked at her and said that I don’t know when I would be able to buy her more toys. Trying to explain the electric bill and the mortgage to a 5-year-old is way tougher than you’d imagine. We headed out after I gave this lengthy speech about money and bills, thinking she has got to understand something I said.

My number was called not long after sitting down. We walked over to the window and the lady asked us how she could help.

I explained that my daughter’s dad had passed, I had the death certificate as proof and passed it to her. I at this point was still very ignorant at what she might get. After no longer than 5 or 6 minutes the lady a did we were all set and handed me some paperwork for my records. I looked at it and said “Ok, so how much is she going to get?”

The nice lady in the window replied with a number I was completely shocked by, “$1195, a month.” This is not life changing by any means but now, I looked at my daughter and started bawling. She asked why I was crying. I tried to get out the words through my tears, “Now I can buy you that toy.”

We walked to the car, and I pulled out of the parking space. I picked up my phone. It was 11:11

This was the first sign I had received from him since his passing. It was all too fitting since he was very motivated by money and I was not.

Countless incidents where he has shown up, the funniest one being when my daughter wanted to cut her hair. My ex, her father, is Colombian. If you didn’t know they are huge on aesthetics and are a materialistic society, or maybe this was just this family, hmm also something to think about. We make an appointment and go inside. If he was alive, we wouldn’t have even made the appointment, the idea of cutting her hair would have been dead on the first thought of cutting it. I may have taken advantage of the fact he didn’t have a say. His five sisters did though and were pretty vocal about it at first. They backed down as soon as they realized they wouldn’t see their niece if an argument started, over hair. As the hairdresser cut the first big chunk and it fell to the floor, I looked at my phone at that moment, probably to see if I had any new confrontational messages from her aunts, no I didn’t, only noticed the time. It was 11:11. He was pissed!

It may not be your fact, but it is my fact. He is around. He helps us in so many different ways, some are clear and others take awhile to figure out and I bet there are some I wont ever figure out. I'm probably not meant to. What he has brought into our lives after his has expired is something I wish all could experience. Open your senses, breath the air. Open up to the possibilities that are out there!

More stories from Candace Gomez and writers in Humans and other communities.