If You've Ever Wondered 'Where Did They Come From?'

by Victoria Shearer about a year ago in movie 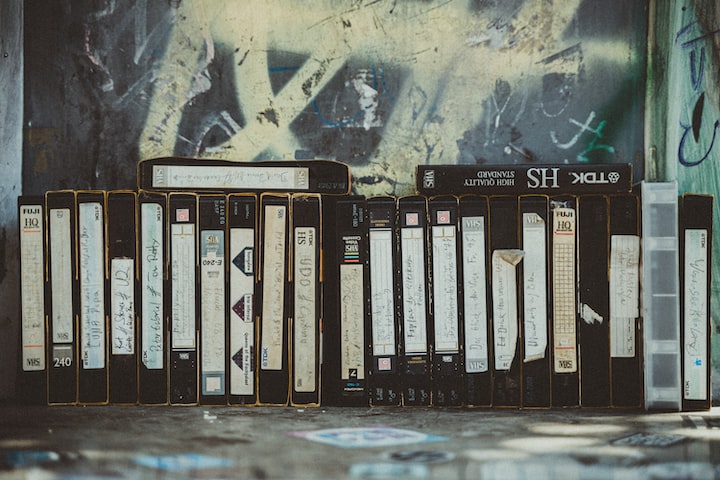 Let’s wind it back to the late-80’s/early-90s. Trump was just a property tycoon, the name Kardashian was only associated with OJ, and no one had heard of Brexit (all of us Brits long for that to still be the case). A simpler time, some may say. Be that as it may, it was also a time for cult-classic movies that will warm your heart and make you debate asking for a bouffant hair style next time you’re with a stylist.

I’m going to throw myself right into the hipster stereotype of recommending films that were released before some people on this platform were born (myself included, in some cases) but I’ll take the labeling hit to share them with you all.

This isn’t a ploy to get you to read to the end, but I didn’t have a choice but to dedicate a whole section to the queen of 80s/90s pop-culture teen fame.

A film that many will have seen, or at least heard of, and there’s a reason for it. Either that or you’ve been to the UK chain restaurant of the same name (I highly recommend their pancake stacks, as an FYI).

The Breakfast Club is about a haphazard group of teenagers who find themselves stuck in detention with each other, with no choice but to resigning themselves to conversation.

The fashion, the phrases, the hair… stylistically you couldn’t want any more from it. Stick a bunch of drastically different teenagers in a room and don’t let them leave, making them unlikely friends despite their superficial differences.

The cast of this film became icons of their time, even being dubbed ‘The Brat Pack’ by the media, something that’s pretty hard to come by in today’s world over over-exposed PR-trained celebrities.

If you stick it out for anything, let it be the iconic soundtrack and fist pump at the end, because you’ll never listen to that Simple Mind’s song again without picturing it with a warm heart.

I was torn as to whether to include this in the list. It’s iconic in a very specific way, and not necessarily one that I was first inclined to enjoy, but I’ve leaned into it of late.

It’s the most palatable of John Waters’ creations (if you’ve watched RuPaul’s Drag Race, you’ll remember a challenge that paid homage to his grotesque musical style) and is what I can only summarise as being a harder, leather jacket version of Grease.

Firstly, I enjoyed Depp in the role, especially being in a more unconventionally formatted musical (I’m looking at you, Sweeny Todd). The music is great, especially ‘Please, Mr Jailer’, which is accompanied by some iconic prison-based choreography.

As someone that’d never really seen Depp in that kind of role, I enjoyed the switcharoo from the Jack Sparrow/Willy Wonka/Sweeny Todd (again) characters he’s played of late. The clothes, that greased back quiff, the single strand of hair curving down to his cheek… that’s more than okay with me.

10 Things I Hate About You

I feel like I shouldn’t say this as an English Literature graduate, but this has to be one of the best interpretations of Shakespeare, despite being a 90s rom-com film.

Displaying the breakthrough roles for what is an undeniably iconic cast (Heath Ledger, Julia Stiles, Joseph Gordon-Levitt), this film attempts feminism in what was probably quite progressive at the time, and is another perfect example of the teen culture that I clearly love. There’s reluctant attraction there’s unintentional heartbreak, and there’s forlorn teenagers pining after their one true loves.

I can’t say it’s flawless, but there’s feminism attempting to push its way through the boy-meets-girl stereotype of the time (and now, let’s face it), and a film that gives students a vague idea of whatever the hell old William Shakespeare was trying to say.

Back to the Future

Oh, why not throw this in here? It’d be sacrilege not to. It’s fun, Michael J Fox is cute, and we can turn a blind eye to the unintentionally incestuous repercussions of going back in time for the sake of a brilliant film. This will probably be welcomed respite before I launch into my final two recommendations.

These next recommendations deserve their own section, which starts with the most important question in my book… How do you feel about Winona Ryder?

I’m not necessarily talking 2010 ‘Black Swan’ Winona, or 2016 ‘Stranger Things’ Winona, I’m talking late-80s/early-90s heyday Winona Ryder. You may remember her from the Friends episode ‘The One with Rachel’s Big Kiss’, if you’re looking to put a face to the name.

Winona is immortalised in popular culture as being a bit of wild child, being engaged to Johnny Depp, some unfortunate run-ins with the law and (most importantly) playing some bad-ass roles. She was the antidote to sugary sweet all-American heroines (this may be the cynical Brit in me, but I find those narratives are quite tiresome sometimes). She took on weird and wonderful roles that became cult classics. Edward Scissorhands, Beetlejuice, Dracula… and then my final and most important recommendations.

Based on the real-life journals of Susanna Kaysen, this film follows the story of a teenager being institutionalised in a mental hospital in the 1960s, and displays some of Winona’s best acting to date.

Keysen’s story is not exceptional if you’ve read a lot around the subject (I became so engrossed in research that I quoted ‘Girl, Interrupted’ and ‘Heathers’ in my university dissertation). However, it’s rare that it’s portrayed from the perspective of a patient without being a load of roaring and screaming, and instead with flat disbelief.

With an amazing cast (I’m talking Angelina Jolie, Whoopi Goldberg, Brittany Murphy, Elisabeth Moss, Jared Leto…), it’ll make you want to laugh and it’ll certainly make you want to cry. It goes without saying that you should also read the book.

This just sums up the angsty relationships so many of us had as students, before we actually got a grasp of what we wanted and shows the haphazard way we navigate it. I guess it perpetuates the whole idea of ‘men and women can’t ever be just friends’, but we have a tendency to eat that up, otherwise half of the romantic films we love would be redundant.

It’s another case of Winona playing the antagonistic central character who is trying to find her way through difficult relationships in her life, with the nuances that come with the friends we make and having to rationalise our reactions and understanding of the world around us.

I was actually surprised when I found out that Ben Stiller directed this film and Danny De Vito produced it, but maybe that’s a sign of me directly associating them with Zoolander and Matilda respectively. If you have a fixed view of them both, throw it out of the window.

This film divides opinion. Some think its massively overrated and some say it’s underrated (I happen to fall into the latter camp) but needless to say, it’s a must-watch. The dialogue satirises the popular culture of its time, the fashion is ‘very’, and the acting is perfection. In my opinion, it is a film that knows what people might have expected it to be and plays into it with its tongue firmly in its cheek.

If I were to summarise the film in a sentence: The late 80s answer to Mean Girls, built around dark themes, satirising popular culture with humour while addressing teenage politics with sharp wit.

Heathers follows the life of Veronica (played by Ryder), a member of the Mean Girls that recognises its ridiculousness but goes along with it, and the status of her friends around school. Just as many a film, she meets a boy, but in this case, he’s not quite the football jock that you’d usually see. He’s a leather-jacket wearing, cigarette-smoking rebel… quite the opposite to the people that Veronica chooses to associate with.

What follows is an exploration of how peer pressure and romance can drag you down the wrong path, against your better judgement, and how the world reinterprets its opinions of people based around their circumstances. I’ll leave the rest up to you to watch, as I don’t want to ruin it.

There’s some fresh-faced actors you might recognise in there, and it’s guaranteed to at least provoke a smirk, if not an all-out guilty laugh.

So there you have it, my attempt at skimming the top of my favourite films from the genre and time period. I guarantee they’re all worth a watch, even if it’s just the last three to find new members of my one-person Winona fan club.

More stories from Victoria Shearer and writers in Geeks and other communities.