by Victoria Shearer about a year ago in lifestyle
Report Story

A stream of consciousness that I'll likely regret not reading back over. 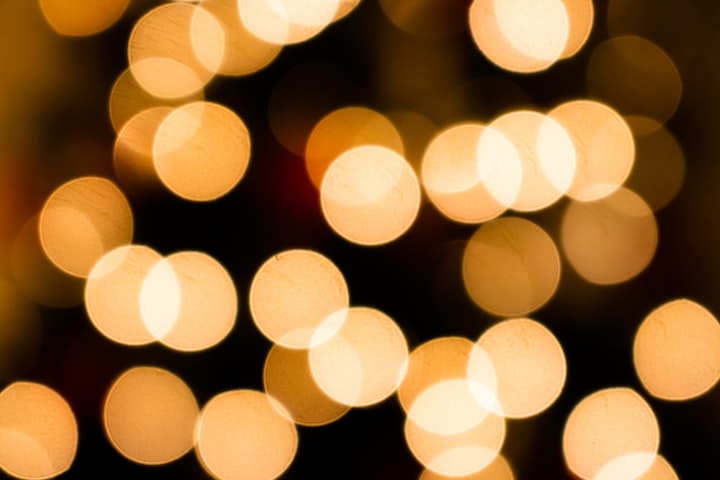 Photo by Jeremy Marks on Unsplash

Epilepsy is brutal in its own way. It’s invisible, for a start. Secondly, it’s physically overwhelming and beyond my control. Sometimes I put myself in risky situations, like getting too hot in the sun or not sleeping (or even being in a situation that unexpectedly has flashing lights when I didn’t expect them), but sometimes it comes from nowhere. You can feel fine one moment, walking carelessly with your friends, and the next second you’re waking up in A&E without the foggiest knowledge of who you are.

Despite having friends that I know inside out, there’s still an unjustified shame that I feel around it all. They’ve never judged me when I’ve stumbled home drunk, or when they’ve held my hair back while I’ve been sick, but this unchangeable flaw in my body is just something I don’t want them to see. For a start, I’m unconscious throughout the episodes, so I only have the anecdotes of witnesses to judge it on. I’ve heard that almost look possessed, and they’re as scared then as I am when I wake up, not even being able to say my own name or where I am.

Thoughts of the trauma I’ve put people through haunt me. I haven’t physically harmed anyone or put a threatening fear in their minds, of course, but I’m so acutely aware that they watched someone they love writhing on the floor looking like they’re on the l precipice of death. I think about that a lot when I feel a bit shaky, worried how others perceive me, rather than the real concern of this having a potentially life-ending impact on my life.

I’ve seen therapists over my time, to deconstruct many things beside the affliction, but it’s always come back to that in some way. Underlying resentment towards my parents for subjecting another human to this, guilt towards the friends and loved ones that are constantly mindful of my circumstances, and remorse for the things that strangers have witnessed when coming across me during a seizure.

Only one of my many councilors has been able to truly help me. She gave me a little black notebook and told me to write it all. We pictured the condition as a fuzzy external being, sometimes walking beside me and sometimes consuming me, with a blurry hand on my shoulder guiding me to feel badly about myself. She told me that, whether I feel consumed by that or not, I should write it down.

My therapist always told me that I didn’t have to share it with her, and that it was just for me, but past a certain point I almost felt like I owed her. I walked into one of our sessions with a deep breath and sense of purpose, passing it over. In her well-trained and professional manner, she didn’t even feign surprise, and instead gave a nod of acknowledgement. Ordinarily this would seem grossly underwhelming, but in that moment, I’d experienced enough of this to expect nothing else.

I had anticipated a follow-up conversation about the book at my next appointment, but it didn’t come. I assumed this was for the benefit of easing my immediate sense of anticipation of feedback, since striving a positive response from people is a pitfall of my personality, and she would likely want to push against that and test whether I would dare to bring it up myself. I obviously didn’t.

It took until a few weeks later that she broached the subject. She was cautious but casual, as if trying to figure out whether now was the time, with a slight bemusement and satisfaction at catching me off guard. Therapists love doing that, the good and the bad, and they’re frequently right in their expectation that it’ll produce more honest conversation.

The discussion wasn’t expected but I’d spent so much time concerned about whether to share it that I may as well have memorised every line. I recognised myself in the pages but will forever worry about whether I can tell the difference between writing for myself and writing for an audience.

At the end of the session, my therapist took a deep soulful breath and suggested something I hadn’t expected. Sharing the contents of my notebook with the world, be that the one person reading this now or more people later, by some unexpected circumstance. This was something I’d never considered, despite the scribblings of many a semi-autobiographical poem on the backs of receipts strewn in random bars, and nor was it something I wanted to do.

She didn’t push me to think further into it, but she did give an incentive that she had said offhand, but in my particular financial situation, stuck a chord. A £20,000 prize for the best piece. You shouldn’t put a price on sharing the things you think and feel, but that seemed like a pretty good ballpark figure for it.

I left the session with the little black notebook back in my hands, unsure as to what I should do with it. The idea of reading it back felt excruciating, given that it may well be a whole lot of drivel, and that it was a stream of consciousness laden with self-doubt and guilt. But here we are.

I looked at the website when I got home and weighed it up. £20,000 in exchange for some of your innermost self-critical thoughts felt like selling my soul, almost more than it would my body, if not for the fact that naked pictures would be more scandalous and likely to be shared. The musings of someone who was realistically fine day-to-day but burdened by an invisible curse isn’t appealing to the general public.

And now here you find me, putting it on the internet for all to see. It’s been cathartic in some ways, expressing things as a semi-reflective, stream-of-consciousness admission that undermines the nonchalant character I project into the world. For the external reader, this probably feels like a vague outline, but it’d be quite hard to psychoanalyse yourself within 2,000 words. Anyone that’s ever been to therapy will tell you that it’s hard enough to write a paragraph, but after that, there’s no end to the scrawling of thoughts you can write.

I haven’t yet come into money for it, as the competition specifies, but I hope to. Right now, the money isn’t the point, I feel richer for sharing (or at least that’s what I feel right now having not read it back, and not intending to before I hit the ‘submit for review’ button).

The world is a weird place and people suffer so much more than me. I’m very aware that I’m at the more privileged end of the disability spectrum, and I’ll never take that for granted, but that’s where I frequently undermine myself. I downplay the fear and the turmoil, the resentment towards the world and the restrictions forced upon me, and instead make light of it.

Sometimes I wish I could throw caution to the wind and do whatever I want. ‘You only live once’ and ‘you could get hit by a bus tomorrow’ comes into mind, although people usually say that alongside superficial carpe diem statements on an Instagram story, not really in relation to sticking yourself in a nightclub in front of strobe lights with your friends.

What would I do with £20,000? I’m unlikely to change the world, nor would anyone else, but a bit of financial gratification might come my way. I jest about the only repercussions of epilepsy being the positives of a disabled bus pass, and joke everyone away from the realities of how it shapes my future. Having a partner who understands that they might have to care for me at some point, or questioning whether I can have children (at least whether it’d be responsible of me to have them), or even whether I can apply to a certain job without them being put off me as an applicant after disclosing it. There’s a lot that I refrain from thinking about until I can’t sleep at night or when I’m sat in the comfy confines of my therapist’s incense-infused consultation room.

There’ll be many people that feel the same as me about various things, and no doubt people that also think I’m moaning about nothing, but I’ve learned that you have to leave that be. I say that not from a place of self-acceptance, but from a place of avoidance. I myself don’t want to acknowledge it too much or too often, which is why I’ll push this piece far into the outer regions of my mind, until I might Google-search my name in the future and hold my head in my hands with embarrassment.

So, £20,000 might be nice, and it would certainly be a case of ‘unexpectedly coming into it’, but it’s nice just to write freely and not think of it again. If this resonates with you, I understand, and if it doesn’t, I hope it’ll go some way to helping you to.

More stories from Victoria Shearer and writers in Longevity and other communities.