The Original Board Game 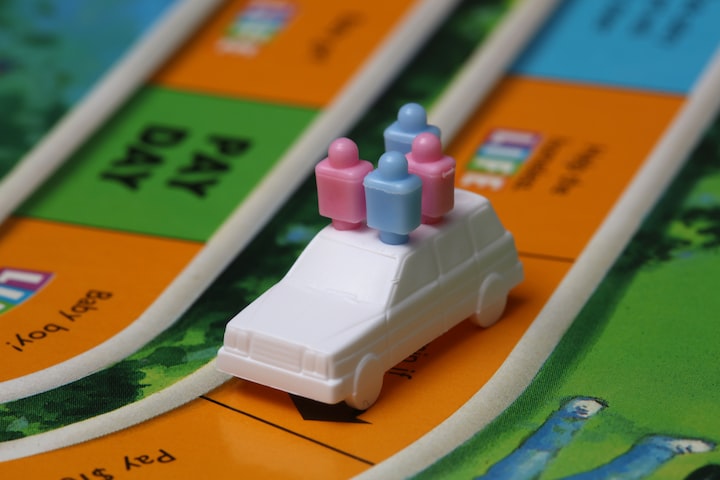 I was pretty excited for my first year at Bares. Honestly I got started in it for the same reason everyone else does, gratuitous nudity and validating some repressed mommy issues and using charity as an excuse to release the inner attention loving go-go boy that lives deep inside us all. But once I attended the orientation meeting and heard the stories from the people and organizations that Broadway Cares/Equity Fights AIDS helps I was moved more than I thought I could be and knew that this show was about so much more than what meets the eye. On top of that I was shocked and even more moved to see just how many of my friends were willing to donate for this wonderful cause.

When rehearsals finally started for Bares, I was still sort of seeing this guy who you may remember reading about known as Blue Moon Dick (BMD for short), named so because he penis resembles the handle on the beer tap that pours Blue Moon. In fact, I woke up in BMD's bed on the morning of my first rehearsal. We met one night when I was working at Posh where he informed me that he remembered seeing me at the Bares orientation meeting and a couple of short hours later we were making out on his couch with To Wong Foo playing on the tv (a movie which would later brcome a staple of our friendship). After a few more dates we both figured out that we were way to similar to date and despite a couple of awkward conversations on the day of the show, remain really close friends to this day. Since then his nickname has evolved to something far more fun and complicated which I probably shouldn't share but i doubt he cares: Broadway/Off-Broadway's Blue Moon Dick, Choreographer to the Stars: Live in Vegas!

Another guy that I had gone on a couple of dates with not long before the show was Mr. Tumnus. I could give you a long boring explanation of the origin of this nickname but that would be stupid since we only call him that because he kinda looks like a goat... but hot, if that makes any sense. Back at Stagedoor my roommates always said I looked like a wolf and people still think I'm hot so it can't be all that bad. Mr. Tumnus and I hung out a couple of times after meeting at a friend's birthday party earlier that year and never really "clicked" in so many words but he was hot and I'm never one to turn down brunch, that's for damn sure. But sadly after 2 goat cheese omelets, a drunken viewing of Clash of the Titans 3D where we both fell asleep, and a myriad of dirty texts later, one night at Barracuda I watched him go home with another guy and that was just a major turn-off so I was pretty done with him.

When the day of the show came I was on cloud 9. Partially because I had been working 6 days a week while rehearsing, fundraising, and housing a friend visiting from England, and partially because I had been on a steady diet of sushi, sugar-free Redbull, protein shakes, and alcohol for the last two weeks. I was getting attention from guys I never thought would look twice at me probably because I had hiked my booty shorts so damn high you could see my colon, but damnit I wanted to be naked but somehow ended up in the only number where the boys didn't take their tops off. Not that I'm complaining because I loved my number, it being one of the only dancy ones in the show, but let's be honest we all want to see the goods.

So I made it through the day hot, sweaty, and sober. Even got invited for drinks on a friend's rooftop before the show and opted out to go to the gym instead (I mean, I wasn't drinking anyway and my arms look fierce in that picture with Lucy Lui so clearly I made the right choice). Took a lot of pictures that ended up being useless because my camera broke a week later before I got a chance to save any of them but luckily William got my post-coital shot with Cheyenne Jackson (not that we actually were post-coital, but that's what touching him felt like). Flirted with any and everyone who looked at me for more than 20 seconds at a time including of course Ivan and one of the choreographers who I'm pretty sure had and still has a boyfriend. Danced my number, shook my shit for Jesus, Mary, and all 12 apostles, threw my costume off and chugged a mini bottle of Jose Cuervo just in time for rotation. Now, I don't know how or why Jenn Cody's whipped cream can ended up in my hands but whoever handed it to me probably regretted it as soon as they saw me walking around the stage in that pink thong licking whipped cream off the face of every guy in the show I wanted to bang. It wasn't long after that that the effects of the Cuervo kicked in and I somehow ended up covered in glitter, sweat and whipped cream giving some random tourists the photoshoot of their lives. It was in this photo-op that the combination of a swollen sperm duct (which made my right testicle the size of a large tangerine), a thong I've had since I was 18, and an abundance of one dollar bills left not much room inside that tiny pink pouch and a picture was taken of my balls fully hanging out of the side of my thong. About a week after the show a drag queen from my hometown of Knoxville sent me a message with a link inquiring if those were, in fact, my balls on this mans blog and sadly they were. I emailed the guy informing him of how not cool that picture was and he promptly took it down. To this day I still chuckle every time I think of that "I think these are your balls" message.

Once the show was over we hit the after party across the street at some horrible ghetto club called Touch. The location was convenient, but the prices were out of control for a dancer's salary, especially 250 sweaty naked tired dancers who just devoted their entire weekend to charity. Two of the aerialists in the show were old friends from back in our Celebrity Cruise Line days and so I spent the majority of the night hanging out with them since we hadn't seen each other in 4 years. On top of that, it was Alyssa's birthday so my inner Daddy Warbucks usually comes out when that happens and I start buying everyone "birthday shots" of whatever tequila I'm in the mood for at the time. Eventually the party wound down and they started kicking us out but not before I got Ivan's number of course.

When we got to the sidewalk there was a group of friends who wanted to go to the diner and stuff faces with as much fat, grease, and calories as one person could stand and that sounded like the most amazing plan ever so I was totally in. Mr. Tumnus was a part of this group and the thought of finally getting to release after a day of staring at the hottest men in NYC was all of the convincing I needed to jump on that wagon. My straight, married aerialist friends wanted me to hang out with them in their hotel room where the plan was to order in as many bacon cheeseburgers as the legal limit would allow, however I explained to them that the trip to the diner came with the possibility of ass and that's not an opportunity anyone would be willing to pass up. So David (the straight one) turned to one of the other aerialists who pretty much everyone on and off stage had been lusting over for the last 2 days and said "Hey, will you have sex with Daniel?" He looked me up and down once and quickly responded "Yeah, sure." That was all of the convincing I needed so I turned to my other friends and shouted "BYE!" and headed back to the Marriot Marquis with the crazy hot aerialists and the three other guys he planned on banging.

Once we got back to the hotel beers were bought, food was ordered and it was almost like dive rolling down the hallways of the Celebrity Infinity like we had done at least 4 nights a week just four short summers before on the world's longest contract in Alaska, the most boring state in the union. The big sexy aerialist and his boys ended up passing out before the food got there, but David and I were more than happy to eat 100% of what they had ordered on top of our own food... which we did. They eventually snuggled in for a short nap before their flight back to Vegas in the morning and I stumbled out in to Times Square at 7am drunk, horny, covered in sweat and random old man make-up, and (the worst part of that trek home) NO SUNGLASSES!!! And to add insult to injury, when I took my phone out of my pocket I found about 5 missed text messages from Ivan trying to get me to come over and "finish the night" if you catch my drift. Damnit all to hell! My first Bares and the closest thing I got to a hook-up was Cheyenne Jackson's arm around my shoulder... Wah-wah!

A few hours later I woke up to a text reminding me that we had a flying trapeze class that afternoon. So still half-lit and ready to kill myself I met my friends at Bamboo 52, one of the 2 bars I was currently working at at the time, grabbed a drink with my friends before we left and informed the daytime bartender that I would not be showing up to my shift that night because I didn't care. During the trapeze class I ended up ripping 3/4ths of the surface area of the skin on my palms off attempting a new trick and ended up having to call-in anyway... Sadly the news of my sexual frustration driven rant from earlier in the day had already reached the owner and I was fired. Well, that coupled with the drunken screaming match I had the week before at the other bar where I threw my key to the office in the managers face and called the doorman a cross-eyed retard. Oops.

In all I had an amazing time, and I really got a feel for the sense of family that Bares really is. There's no shade, no drama, no negativity, no divas, and no bad apples in the entire bunch. Nothing but love for each other and what we're all doing and it's a feeling that I wouldn't trade in for all of the BMDs, Ivans, Mr. Tumnuses, or big sexy aerialists in all the world! :)