Make A Fucksaw Fucking Machine For Under $100

The secret to female ejaculation.

So What Is A Fucksaw?

Fucking machines can be a great way to experiment in the bedroom. I also see why a fucking machine would be good for unattached persons. The problem is that they are really expensive. The fucksaw is more well known now, thanks to the famous Northwestern University incident where it was demonstrated on a woman in front of students. Lets be clear that students were told they could leave with no effect on grades or anything like that. Sunny Megatron caused quite a stir and a lot of interest in female ejaculation.

This thing can really fuck hard

The importance of good lubrication is really important. I highly recommend using lube shooters so you can get a lot in before you even get started. If you are nervous then warm up with something else before the fucksaw.

Luckily I got a full refund on the purchase and discovered an adapter that is not only $8 but comes with a replacement part if you break the part that goes into the saw. My hubby wrapped some electrical tape on the end so that it would fit Vac-U-Locks better and not have any rough edges. We slapped that together and went at it. It works perfectly, and with the $80 saw and $8 adapter you are looking at $88 plus whatever cock you want.

Reciprotools is the way to go.

One of the hardest things I have experienced with the fucksaw is letting go. It can be intimidating and you kind of worry if you are doing damage but the truth is you are not. Depth of penetration is important. Sunny Megatron has some tips for letting go, but so far it has been a challenge for Alexa here. It is a project me and the husband need to work on.

Ok so the fucksaw has more potential than I thought after that first session where we broke the damn thing. I finally managed to get more out of it. The difference was in the position and approach plus the use of a cordless Hitachi wand. The handy husband made a pillow that would be supportive of sex from behind and holds a cordless Hitatchi wand in the right position for clitorial stimulation. This combination actually blew my mind and I had a really long and intense orgasm that left me pretty out of it for a minute or two.

A word of caution to those with genital piercings, the Hitachi wand is far more likely to make you sore if used for very long. I have a VCH and Two Dianas and it made me a little bit sore the next day. 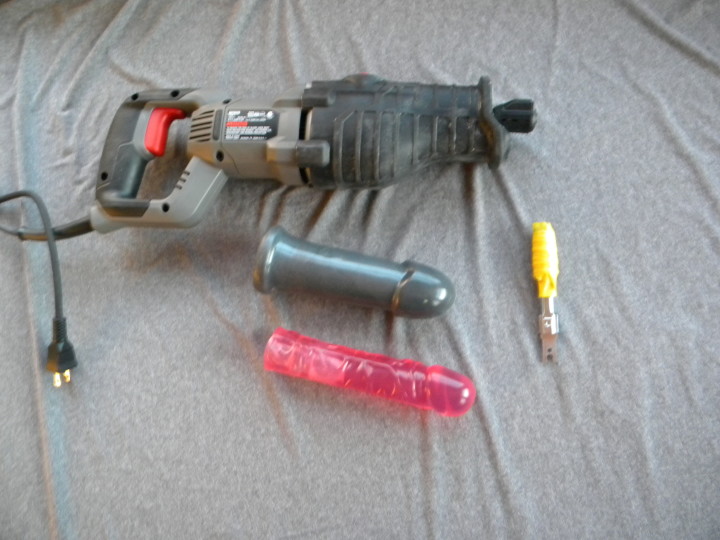 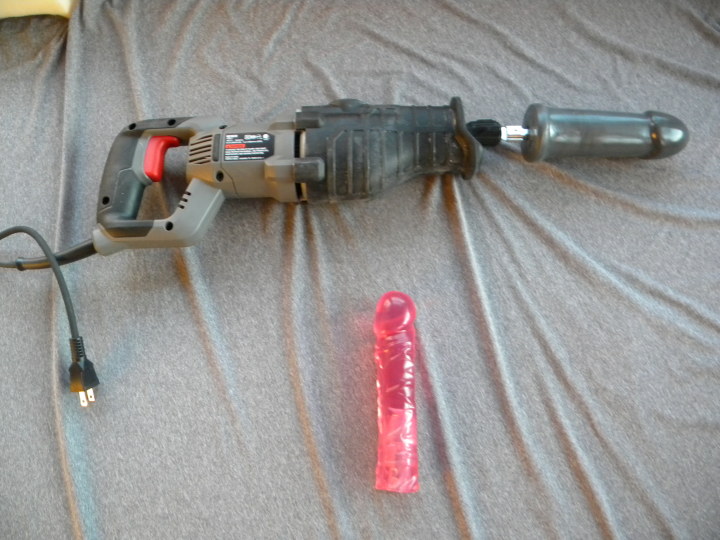