Hospitality Confessions: Finally, a Release and Some Real Satisfaction 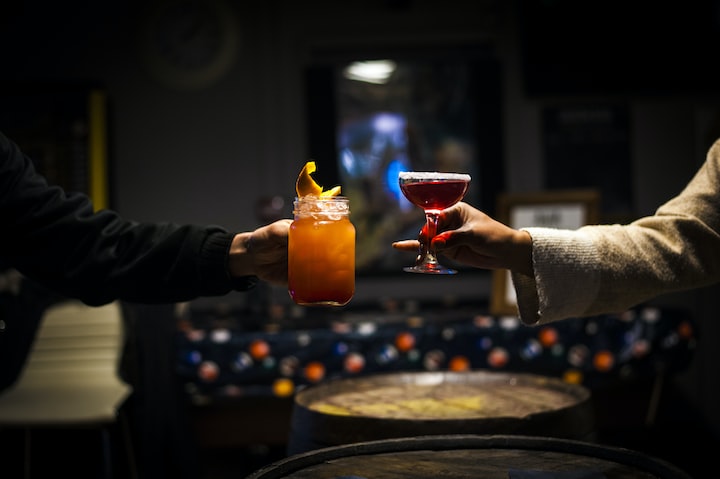 Photo by Laure Noverraz on Unsplash

For the next week or so we tried not to look at each other too much. We tried not to brush up against one another in the small space. We tried not to be alone together. But the sexual tension was insane. Every night I was there I felt like I was on the brink of a very long coming orgasm. I was on edge and my skin tingled. I felt like there was a constant current of sexuality coursing through my veins.

My customers — especially the men — responded to it, too. It was strange. I found myself with an apron full of big tips and phone numbers from men that wanted to take me out on the town or just go for coffee. And they were good looking men. When I was serving couples the women would glare at me as their men flirted. I wasn’t flirting back. Not intentionally. But I had to smile. It was my job.

But then it happened again. Not so “by accident” though this time, I thought. Although it did happen pretty much the same way. Bodies pressed together, frenzied kissing. But this time he did not pull away.

Mario lifted me up onto the counter. My hands were in his hair and it was pretty obvious that the lust I felt for him was completely reciprocal. His hands pulled at my shirt that was tucked into my dress pants and then his hands were searing an imprint onto my back, my stomach, and my shoulders. I was on fire and I just wanted more.

It did not take him long before he’d unhooked my bra at the back and his hands were at my breasts. My body responded and encouraged him. My nipples were aching with hardness as he rubbed the palm of his hands against them. My legs wrapped around his waist pulling him close as he kissed me firmly.

He was completely in control. I knew it and he knew it.

We finally slowed to get our breath and he started to undo the buttons on my shirt.

“If you want to stop you have to tell me now Lee Anne. I cannot stop unless you tell me to. I have been thinking about ravishing you ever since you started here.”

With my shirt unbuttoned he started kissing his way down my neck until his mouth found my left breast. The heat of his mouth was intense and when he sucked the nipple into his mouth I felt like I would explode. His tongue swirled around the nipple and then he’d pull it back into his mouth again. At the same time, his hand was at my right breast, cupping gently, rubbing his thumb against the nipple. He switched and made my right breast feel like it was on fire. I never wanted him to stop.

Not until he started working his way down my belly. Knowing where he was heading, I lifted my hips slightly so he could pull my panties off. I was already dripping wet with excitement. I could hardly contain myself and was a ball of nerves until he is mouth finally found what he was looking for. The second that his mouth found my pussy, my brain exploded into a ball of colors. My eyes were tightly closed but there were flashes going off in my brain that were better than any fireworks show I’d ever seen.

After sucking up as much of my pussy juices as he could, he pulled back a little and let his tongue go to work. Up and down my sensitive slit, his tongue worked slow and sensually. He’d stop at the top to suck my clit into his mouth for a moment and then went back to teasing me. It was a cruel game that I completely loved.

I wanted more though and he did, too, obviously. I did not even have a chance to have a good look at his cock before he’d pulled it out, slid a condom on it, lifted me off the counter, and impaled me on it. It was quick and swift and a move that I’d never even imagined. And although I never thought that a guy could pull that off, Mario did. His sturdy body balanced well as he let me adjust for a moment. I knew he was a good size — or maybe it was just that the teacher from last year wasn’t huge — because I felt like I was completely filled.

His hands were on my ass, pulling me slightly open. My elbows were at the right height to rest on the service counter. And slowly, he began to pull out just a tiny bit, and then thrust back into my wet pussy, firmly but not too hard. Each time he pulled out a little bit more and thrust inside me a little harder.

Unexpectantly, he pulled me close to him, took me away from the counter, and pressed by body up against the fridge on the other wall. And then he let loose. With my back against the wall, he fucked my pussy hard and his groin rubbed against my clit and before I knew it I was cumming. The waves rushed over me like a tsunami and I couldn’t have kept quiet if there had been a dining room full of customers. I knew he was coming too, but I couldn’t have cared less as those waves came again and again. And he did not stop moving until I did.

I was a mess. But I went home happy that night. And I couldn’t wait to get back to work the next day.

I know that it must be hard for you to read this. But you have to know. It is part of my past. And you have to remember that it is you I love.

Hang in there. Brace yourself love, because there’s so much more!

See all posts by Autumn Seave →