Possession is 9/10ths of the Law 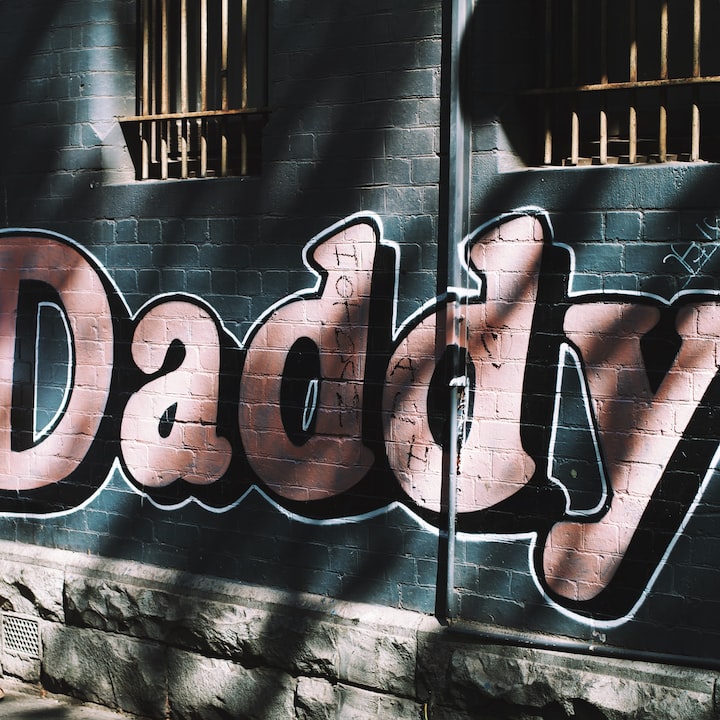 So recently I’ve found myself using Grindr much more than usual. Not that I’m actually hooking up with anyone (two in a span of three months which is good considering I know guys that have had three in the same day) but I recently came across a psycho Cuban Go-Go boy who reminded me of a fling a had a couple of years ago. Not psycho in the like Norman Bates or Buffalo Bill sense of the word, but psycho in that crazy possessive, jealous, “it always has to be about me” mentality that most Latin men suppress because they’d never be able to keep a man otherwise. Not-so-interesting story short he told me to stop texting him because it took me too long to answer a question, but not after he had sent me a full naked photo album and a couple of videos of him fucking some other guy (cause that’s a huge turn on apparently). Not that all Latin guys are like that, but the culture does tend to ere on the side of (for lack of a better word) clingy. Honestly I blame the mothers… A good friend of mine dated this whack-job Brazilian off and on for years and they were constantly getting in full-blown physical fights because the whack-job always thought my friend was sleeping around (even with me once, which is only funny because he’s probably the one friend I've never slept with) when in reality the whack-job prostitution whore was the one fucking one of his coworkers the entire time. And that, my dear friends, is why we do not date bartenders or go-go boys.

Anyway, back to the story… I got invited to a drunk brunch one brisk Sunday morning in October because a guy I worked with was trying to hook me up with one of his friends. Consequentially I woke up still feeling the Patron shots from work the night before and was ready to keep the party going... like ya do. Those of you who have ever had the privilege of spending time with me at any bar (whether I’m working it, drinking at it, or both) will know that once I get past that second cocktail I turn into “Daddy Warshots” or “Shots McDuck” as I like to call myself. So I went to brunch with a giant gaggle of gays, mostly filled with guys I didn’t know and enjoyed my unlimited mimosas to the fullest extent with the thought that even though I had to work that night, nine o’clock was light-years away. After brunch we ended up going to a haunted house that was only not scary because we were for the most part wasted, and after we thoroughly pissed off the entire haunted house staff we decided that it was time for more drinks and headed to GYM Bar.

The next part is a bit fuzzy not because I had been drinking, but more because this was two years ago and mama’s gettin old so my memory isn’t what it used to be. All I can say for sure is that there was a lot of me being loud and obnoxious (nothing new there… But I definitely remember singing the Olympic theme song while putting the same tacky gold medal someone had around everyone’s neck for absolutely no reason whatsoever) and a big Latin daddy in the corner who told his friends that he was going to shut me up by shoving his dick in my mouth. I pretty much immediately named him Daddy and had no issues telling him that to his face because lesbi-honest… it’s the look he was going for. Next thing I know we’re making out in front of everyone and I can’t stop myself from feeling his half-erect 10 inch pinga (I’m learning Spanish with Rosetta Stone right now so get ready for more of that) through his white sweatpants (GYM Bar being quite obviously the only place in the world where you can walk in wearing white sweatpants and still get some). Subtlety was never my strongest trait, especially after a sensible 12 hours of alcohol consumption. Eventually the time came for me to head to work so I jumped in a cab and told Daddy to meet me there in a couple of hours.

What happened next I can’t admit to being proud of, however if I’m going to be completely honest with you, it’s not even the worst thing I did in that bathroom or even while on the clock in that bar. You know I’m not one for slander so I’ll go ahead and give it a nickname as well, but Shmartini Shmultra Shmounge wasn’t exactly known at the time for its ethics and class, especially back then. Once the show started I saw an opportunity and jumped on it (cue rim-shot), and as Shequida was screaming (literally screaming) some bullshit into the mic, I faked a bowel movement and met Daddy in the bathroom for a 10 minute beej. Ten minutes for 10 inches… seemed reasonable. I mentioned something about it a few weeks later to the guy I was working with and he said he didn’t even notice… I guess my subtlety is possible after all!

Over the next couple of weeks we went on a few dates. He lived in Jersey (puke) but had a car so he’d come pick me up and go on some trashy Jersey date complete with ice in the wine. I was shocked to find out that he was a hair dresser, but then less shocked once I realized that he was really a big lady on the inside. I guess this would be a prime example of how penis size is in no way a measurement of your masculinity (you hear that homos??? Having a big dick doesn’t mean you’re not still a big woman deep down inside). Even more of a shock was hearing that he was actually only 29 years old. I full-out accused him of lying until he finally showed me his driver’s license because I had pegged him for pushing 40 at a minimum. And that, my dear friends, is why we shouldn’t do drugs in our twenties! No one wants to look like an old Coach bag before they turn thirty, or worse… a Dooney and Burke!

Our final date was technical date number 4 I believe (I don’t count sex dates as real dates) and our only one in Manhattan because I was really just sick of going to Jersey. It was a quiet lunch at a typical little Chelsea café on 10th Avenue, complete with rusty musical instruments on the wall and Aunt Fern style floral seat cushions on the wicker furniture. The tables were close together and since there was maybe only 5 other people there it was pretty easy for everyone to hear everyone else’s conversations. At some point during the meal he asked me a question that I honestly don’t remember and in normal Daniel fashion I gave some sort of smart assed witty response which finally clicked him into that full-blown whack-job fiery Latina lady mode that I had seen him suppress so many times before. Now although it didn’t include a table flip, or some wine in the face, he did go a bit Jersey Housewife on me to the point that the woman next to us was full-blown staring, saying things like “Why are you such a little bitch all the time?!” and “I’m trying to get to know you here, you should be opening up to me!”

Well, I refuse to get heated in public (unless I catch you cheating on me, then I’ll deck you in the face outside the Duane Reade and not think twice about it… but that’s another story) so I kept very calm and informed him that I will open up to him and he will get to know me better when I am damn well ready and that it sure as hell won’t be in a café where everyone else in the room can hear our conversation. The lady beside me chuckled, the date was over, and Daddy blocked me on Facebook.

Sadly my fire for Latin men has only grown stronger since then, but I can take those 2 short weeks with Daddy and use them as a learning experience on how to deal with mentally unstable catholic men with mommy issues and a huge dick anywhere in the world from Mexico all the way down to Peru. When I finally settle down I can imagine myself being with a Latino of some denomination because let’s be honest, when it comes to husbands I actually want someone who holds me with an iron grip and knows that a perky butt and bright blue eyes are just chum for a swarm of Brazilian tourists and uses that fiery attitude to keep them at bay. Not saying that I won’t have a tour of South America before then, starting in Rio for Carnival, making a huge circle around the continent and ending up back in Rio for the 2016 Olympics, but not saying I will either.