by Juniper Jones 2 years ago in fiction 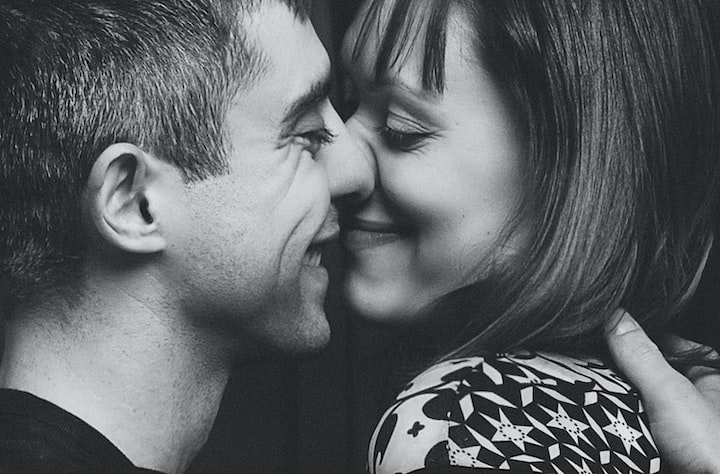 I was sleeping with Lydia in her bedroom when at the window there was repeated banging on the glass.

They both arched their necks over to the window to see Angelica banging on the window.

The hollow left by the year of being with Angelica had been filled with Lydia’s gentle and open attention. I wasn’t going to let Angelica ruin the best thing that came into my life in this small town.

The mayor had washed his hands with the divorce and the woman was notorious for bad mouthing her ex when she got drunk. This time it had gone too far. She should have taken the hint when she saw me kiss Lydia and now, she probably thinks she can scare Lydia off with a threat or two.

I quickly got to my feet while glaring at the window where Angelica was sneering down on him. As if she had something to be proud of, I thought to myself. I was silently pleased at being able to show off for the last time what she was never going to able to touch again.

As I made my way out to the living room, I heard the next door over open and Cindy came out.

“Seriously man, you need to do something about the rampaging bitch you have out there.”

“That’s what I plan on doing.”

“Good. I was sleeping and I have company by the way, and we could- Hey! Doc! It’s nice to see you.”

“We’ll catch up over coffee, ok? Let me deal with the rampaging bitch outside first.”

I swung open the door and faced the full onslaught of Angelica and someone else that had accompanied her.

“How could you do this! After I told you I was pregnant!”

“You’re not pregnant Angelica. At least not by me anyhow. Now get out of here. I am serious, it’s over.”

“Are you telling me that you’re not going to want this?!”

“Don’t embarrass yourself anymore Angelica. I haven’t touched you in long time and what you did to me in my office was the last straw. Who’s this?”

I turned my attention to the young man that had accompanied her to Lydia’s place.

“Sorry, I am with the newspaper. I just came by to see if Lydia was done with her interview?”

“Yes, Jonny, why don’t you tell him who you are and why you stayed overnight?”

“Angelica, stay out of this. I am calling the cops. You.” I gestured to the young man to come inside. “You can come in.”

The young man quickly came in and Lydia was just exiting her bedroom and looked up to see her supervisor slip in behind me.

“Oh, shit is right Lydia. What the fuck?! I told you to interview him not take him for a -

“That’s right you bitch! What kind of woman goes and does that!”

I could only give Angelica one of my very own sneers knowing that some of the things that she had done would probably shock the young man now standing in Lydia’s living room.

“Hey.” Is the only thing I got out before I could shut the door in Angelica’s face.

“Dr. Beckman I want to apologize for the conduct of Lydia, I –

“Look there is no need to apologize to me for Lydia. I am not doing the interview. What was your name again? Have I seen you at my clinic?”

“No, I mean, Yes. I mean, well, my name is Sam. Sam Grundle. I am Lydia’s lead at the newspaper and was going to show her the ropes so to speak.”

With the introductions over Lydia made her way to the kitchen. She hadn’t thought she would be having so many guests over, so, the logical course of action was to make a fresh pot of coffee I assumed. I was happy to have her handle that especially since she hadn’t had the time to put pants on. She was wearing the shirt I had on last night.

I admired her standing in the kitchen trying to figure out what to say to her coworker. She had one arm reaching and rubbing the back of her head while she was thinking that he found adorable. He wasn’t done with her yet and to save her some skin I was willing to get her off the hook any way I could.

“I wasn’t taking no for an answer, Sam. She really wasn’t given a fair chance, really.”

“Alright, hot shot. Alright. I won’t ask her to do the piece for the newspaper. But you’re going to have to promise to do another by someone else and Lydia has to be there for it.”

“I don’t know, what do you think Lydia?”

“Actually, I think that would be a great idea. Since you know, I still love my job.”

I smiled at her. I had a feeling that she wouldn’t have been the type to settle down and want to be stuck cleaning house and making meals for the rest of her days. Wait a minute, was I thinking about having Lydia around longer than to get rid of Angelica? That also would not be that terrible. I shook myself out of the reverie.

“Sam I am so sorry. This just sort of happened and you know that I would have told you if my intentions from the start would have been.”

“Lydia don’t worry about it. Just don’t back out of the redo. Hey, isn’t that the bartender from Aberdeen’s?”

Brad came strolling out to use the bathroom with nothing on.

Brad lifted the sunglasses he was wearing a moment grabbed his family jewels,

I impressed myself in suppressing my laughter for a later date and saw that Angelica was still outside but wasn’t screaming anymore. She was facing in Brad direction and smiling though.

“No don’t worry I totally understand. And, you do know that discussing my personal life within the article will be brought to the table. Try to not be to hard on Lydia, ok?”

I opened the front door to see Brad make his excuses to Angelica who was following him down the street to her car.

Brad had escaped to the bathroom and remained there until Cindy brought him his clothes to wear. All the while smiling like a Cheshire cat. From the very acoustical little water shed everybody in the living room heard, “Thanks for saying something before I left the bedroom.”

Cindy couldn’t keep the laughter in anymore and said, “You were asleep! You didn’t give me the chance.” Finally, Brad emerged and gave everyone a respectful yet oddly proud sheepish grin.

“I think Angelica forgot about you there Jon. Jesus.”

“Not funny.” Both Cindy and Brad chimed in.

“Fresh coffee anyone?”, Lydia had already poured herself a fresh mug and was sitting down on the futon. The only other furniture was the two chairs that had plush mohair sleeved pillows piled on them making them look extra comfy.

Standing by the entryway I could see as Lydia passed the patio window that the shirt was making her body become a silhouette underneath it and I yearned to take her back to my apartment. Taking my vacation time early couldn’t hurt and I would love to show this woman how much I enjoyed her company even if almost all the conversations that I have had with her have been interrupted.

Brad made his way back to Cindy’s room and Cindy was soon to follow. Lydia was still sipping on her latte when I filled one of the chairs opposite her.

“I hope that everything is fine at your work tomorrow. You are taking the day off to spend with me. Carol wouldn’t have it any other way.”

Read next: My Eric