by Sarah Shea 3 months ago in humanity
Report Story 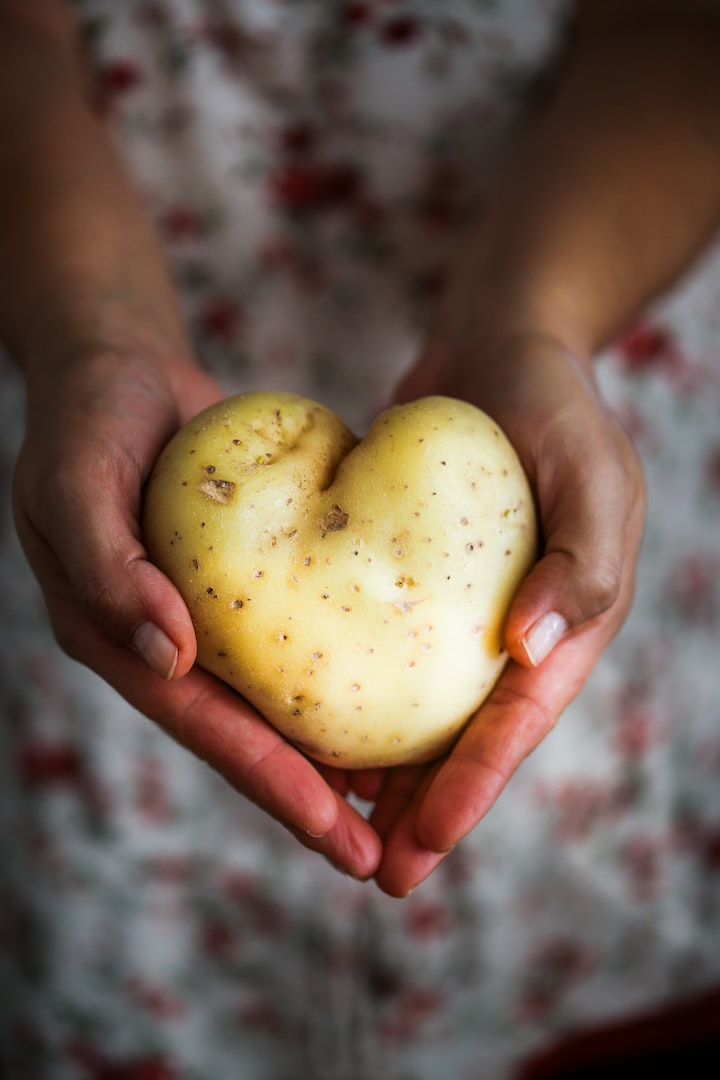 I had been living with my partner in our first apartment and, after being unable to visit my family for a while during lockdown, I was craving more than just a phone call and he was craving my mother's cooking.

So I tried my very best.

But we only had Dijon instead of plain yellow mustard, we didn't have eggs to boil, and the potatoes were slightly overcooked. What can I say? I'd never really boiled potatoes before. Needless to say, it was a learning experience. A very mushy one, but not very tasty. However, it still reminded me of summers as a kid.

Growing up, I got used to relatives asking my mom if she'd bring her potato salad–"the one with the pickles?"–to backyard bridal showers, birthday parties, graduations, and baby showers. It was always a hit, second only in requests to what my mom called her "bowl stuff": a layered "death by chocolate" dessert that she brought in a big bowl. My brother and I could hardly get a helping before it was gone, but we knew that we could have potato salad pretty much anytime our mom felt like making it.

The best part is that it went well with almost anything: chicken, steak, hotdogs, or cheeseburgers.

Ironically, summer always seemed like the worst time to cook potato salad. It was already hot, but the air would grow heavier with the steam from the boiling pot and the active burner on the stove. Mom would have the sliding door and the windows open, the ceiling fan at full blast, and the stovetop fan roaring to keep the house as cool as possible. The kitchen would smell like the onion powder she used to season the boiling water to give the potatoes extra flavor as they softened.

Despite the noise and the heat, I usually peeled potatoes in the kitchen while Mom chopped them into chunks. I always admired how she braced her thumb against the raw potato to stop the knife as she cut; it made her seem invincible. She never let me try it myself, but she would let me cut up the kosher dill pickles on a plate and peel the hardboiled eggs.

Once it was time to assemble the salad, she would mix mayo and mustard, seasoning it with onion and garlic powders, never measuring anything. She adjusted the amounts as she went, taste-testing the mixture and then the texture of the potato salad itself. It couldn't be too dry, but she also didn't want to drown everything in mayo. Any adjustments were made carefully, a little bit at a time.

When I was older, I tried other types of potato salad, variations made without mustard, with celery or onions instead of pickles, or with unpeeled red potatoes. Don't get me wrong, I would finish my plate, but I never went back for seconds.

It's probably obvious at this point, but my partner married into a family of good cooks. The first time he tried the potato salad, he wouldn't stop talking about it. His eyes light up whenever it's mentioned in conversation.

So when we moved in together, of course I had to attempt the recipe myself. The second try was much more successful with the proper ingredients. We had the right kind of mustard and pickles, and I repeatedly taste-tested the mayo/mustard mixture, shoving a spoon at my partner over and over, until it was as close as I could get.

I don't think I could ever bring it to a backyard picnic. My relatives would probably tell the difference and mine just couldn't compare. Despite that, I also don't think my partner would take kindly to sharing.

We can enjoy my mom's cooking whenever we want now. But I still prefer to enjoy it with her, my dad, and my brother around the dinner table.

More stories from Sarah Shea and writers in Feast and other communities.