Top 3 Foods That You NEVER THOUGHT You Could Have This With!

I LOVE mustard. It's a really good condiment! In fact, I favor mustard over ketchup at times. I can name you some pretty good combos—the foods that you can incorporate mustard with. Whether it's French's (my personal favorite brand) or Heinz (my second favorite), mustard is my go-to condiment!

I believe I have one or two relatives that share this same adoration: Mustard and French fries!

Instead of the usual ketchup that always pairs with fries, I tend to go for the yellow goodness that mustard offers. That tangy taste pairing with the saltiness of the fries, I believe, is a good combination.

The funny thing about this is that every time I go a fast-food place like McDonalds, I would hope and pray for packets of mustard in the condiments section of the restaurant. Unfortunately, I haven't come across a McDonalds restaurant that actually carries mustard packets along with the ketchup packets. In fact, I'm so much as tempted to write a petition telling McDonalds to start carrying mustard packets in their stores (that would be a good idea, right? That way the restaurant chain can cater to mustard-lovers like me!)

In the meantime, I could only hope to bring my McDonalds meal home with me, bust out the bottle of French's mustard, and squirt some on a plate to go with the fries. 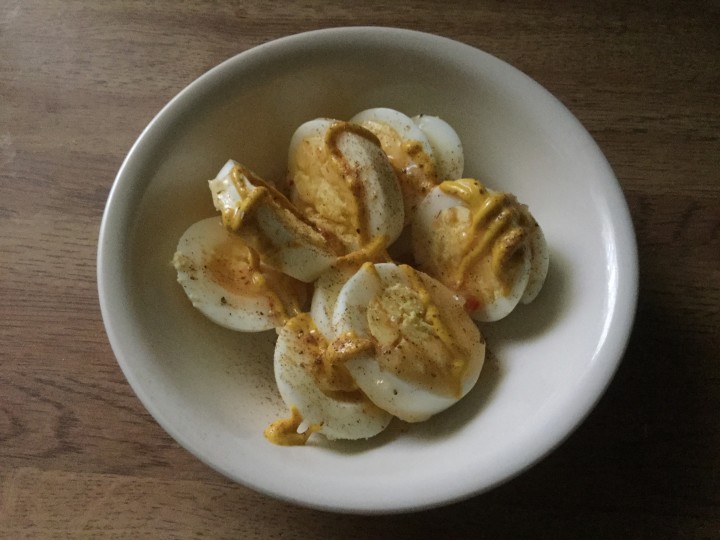 I actually came across this combo when I started liking hard boiled eggs.

I was learning how to boil eggs from off a cooking website, when I was thinking, "What if...?" That "what if" turned into an experiment, because at that time, I was craving mustard. At that time, I wanted mustard; I wanted so badly to eat some, but I needed an excuse to do so, so that no one would find it weird of me to eat mustard by itself.

So, once the eggs were boiled, I sliced each of the four eggs in half, placed them in a bowl, and then wet them in Italian dressing. Next came the mustard, which I had squirted on top of each slice. The final touch, I believe, was Old Bay seasoning. And the end result was me smiling, as I took a bite of the egg. The mustard brought this sour, bitter taste that made the egg taste so good, especially since Italian dressing and Old Bay were involved.

1. Popcorn with a Side of Mustard 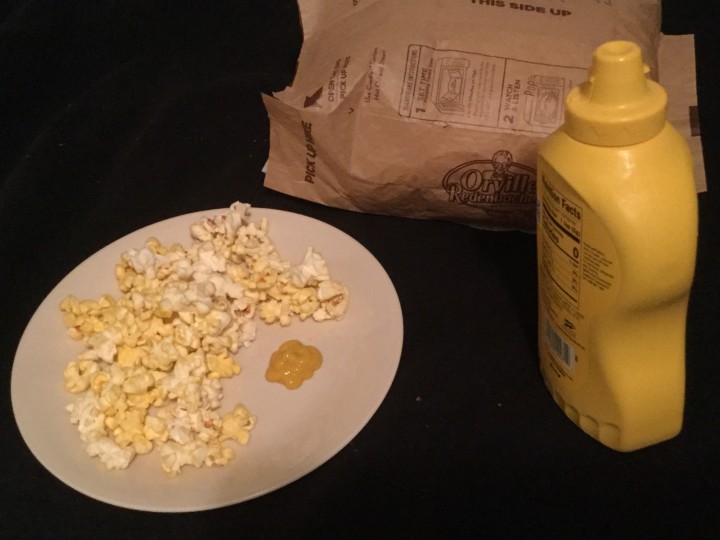 I remember enjoying some popcorn with my peers in grad school, and I had asked if it was weird to pair mustard with popcorn. And they thought it was cool. And, to be perfectly honest, I was relieved, because I had someone message me in a blog that that was weird.

But anyway, this has been my favorite thing to pair mustard with, which is popcorn.

I came across this combination when I was an undergraduate at the University of the Incarnate Word. I took a bag of microwave popcorn to school, because the cafeteria had a couple of microwaves for students to use. And for some reason, I had grabbed a few packets of mustard, thinking that I would eat some out of the packets. But instead, curiosity took over, and I was testing the mustard on one or two pieces of popcorn. I tried this combo, and I was amazed. The buttery-and-sour combo was awesome. It was so awesome that from then on, I didn't dare eat popcorn by itself again. Mustard was my go-to side to have with popcorn—hands down! 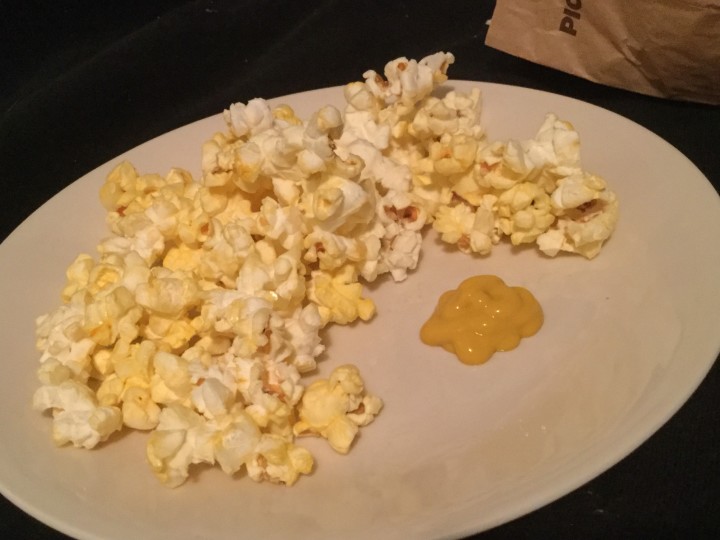 Ever since I began experimenting with what I can pair mustard with, it's been a culinary journey for me, even though I don't consider myself a chef in any way. I'm just a girl who likes mustard a lot.

Freelancer in writing, blogging, and tutoring. And I also self-publish with Barnes and Noble.

See all posts by Veronica Gonzalez →