by Marie Sinadjan 6 months ago in feature
Report Story

5 Mango Desserts From My Home Country That I Miss 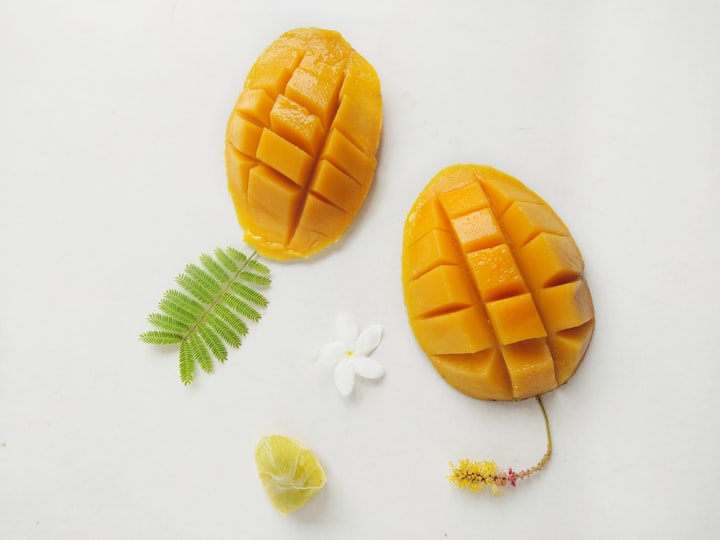 Photo by Avinash Kumar on Unsplash

Since moving to England two months ago, I've not really had a 'food problem.' Rice, a staple in the Philippines, is readily available here - I was, in fact, pleasantly surprised to see an aisle label for it in Tesco. There are Asian stores for condiments, and for the rest, well, I'm not particularly endeared to most of them. As blasphemous as it might sound to other Filipinos, I'm not really a fan of binignit, sinigang or lechon.

And I'm talking about mangoes.

What I've seen (so far) here are Alphonso mangoes, or what we call Indian mangoes in layman's terms. But I want my Carabao mangoes. The mangoes here just don't taste quite as sweet and give off 'tropical' vibes. (And the bananas too, but I miss the mangoes more.)

Philippine mangoes are generally available year-round, but the regular harvest season is from March to June, falling right into the country's 'summer' months (in quotes because summer tends to feel so much longer than that). So it's no surprise that mangoes are transformed into cold desserts to help ward off the heat and the humidity. Plus they're bright and yellow and go well with the season!

That said, here are 5 mango desserts I'm craving from my home country:

Not even Häagen-Dazs or Ben and Jerry's. And not even a tub. Just this small blue cup with a little wooden spoon. There was actually a time this was my go-to dessert at work, since it was available right in the office cafeteria.

Oh that sweet concoction of mango and milk! And, back in my younger, less health-conscious years, with spoonfuls of sugar.

This also calls to mind lunch breaks and Saturday afternoons spent in a mall a year or so before the pandemic. A stall had opened up near the food court and they sold just mango drinks. My favorite had been their mango graham shake... until I realized their mangoes weren't really sweet, only served with a heaping of sugar syrup. I was already health-conscious then, so I actually stopped buying from them, instead returning to a local shake brand and patronizing their mango carrot shake. Without sugar.

Fun fact: I had to Google the closest English term used for this one, because back home we just call this lamao. (And no, not the famously abbreviated LMAO.) We pretty much defaulted to making this with our mangoes instead of simply eating the fruit, because 1) it's a fun, guaranteed way to consume milk and get our calcium and vitamin D, 2) the mangoes last longer, and 3) there's more to eat because of the milk thrown in!

Yeah, like a shake, but without using a blender. You just low-key mix mango and milk (and sugar if you prefer) together, then stick the sweet mass inside your freezer (or just in the chiller if you don't want them frozen). My mother made this all the time during our work from home days, so extra nostalgia points there. Ah, life's simple joys!

As a child, I'd perceived this as the top tier mango dessert. There was just something special about it. Probably because of the amount of time and effort it took to make the whole thing, crushing grahams and pouring cream and laying out the mango pieces artfully. And the more layers, the better!

My brother and I had taken to making this for Christmas in the last few years. We bonded plenty on a regular basis, but it was our form of bonding specific to the season, especially because I didn't cook much back in those days and so I could only contribute when dessert was being made!

Anyway, last but not the least...

It doesn't look special or anything, does it? It's not even environment friendly with all that plastic. But whenever I think back to the summers of my childhood, one of my fondest memories involves an afternoon of adventuring capped by a cold snack of... guess what? Mango ice candy!

It's basically pudding (see above) stuffed into clear plastic bags, which are then frozen. You eat them like you would an ice pop, and you can carry them around as you hang out with your buddies and all that jazz. Yeah, we didn't have TikTok and phones back then, so we visited each other's houses, rode bicycles and scraped our knees, or played tubig-tubig or some other outdoor street game.

That particular summer, the second phase of our subdivision was still being constructed, so there was nothing more but piles of rocks and building materials that to us kids looked like small hills. We wanted to know what lay beyond those hills, but we couldn't see past them from our houses. I don't remember whose idea it was, because I've never been hero-level brave and a few of the kids in the neighborhood had been with us then, but we decided to explore.

We reached the 'hills' and climbed up the rocks and dirt. Standing on what we felt was the top of the world, we only saw... more hills. And a forest of sorts lay beyond that. But it was getting late in the afternoon, and my brother and I worried that our househelp would tell on our mother (our father was out of town for work) and our friends' househelp, who would then tell on their parents, if we weren't back in time for merienda (afternoon snacks). So we called it a day, went home, and had mango ice candy to celebrate having made it that far.

We never made it to the forest. We played a different game the next day, and the day after that. There were lots of interesting things to do, okay. What was always on the menu for merienda, though? Mango ice candy!

More stories from Marie Sinadjan and writers in Feast and other communities.