Grill Recipes from Around the World

Take your taste buds for a trip using grill recipes from around the world.

As a food critic and a fan of cooking, I have long since learned to love a good grill setup. Grilling has the amazing ability to unlock natural flavors, improve meat's texture, and also get that incredibly smoky-juicy combination that makes everything taste a million times better.

Though America is known for great grilling spots, there's only so many times that you can eat Buffalo wings before you get sick of them.

With summer in full swing, it's totally natural to want to try out something new. If you don't have the budget to hit up the new Lebanese restaurant in the city, don't fret. If you have a grill, you can try some exotic cuisine by looking up delicious grill recipes from around the world.

Ready to try something new for a change? Check out these amazing takes on classic cuisine from the furthest regions of the globe... 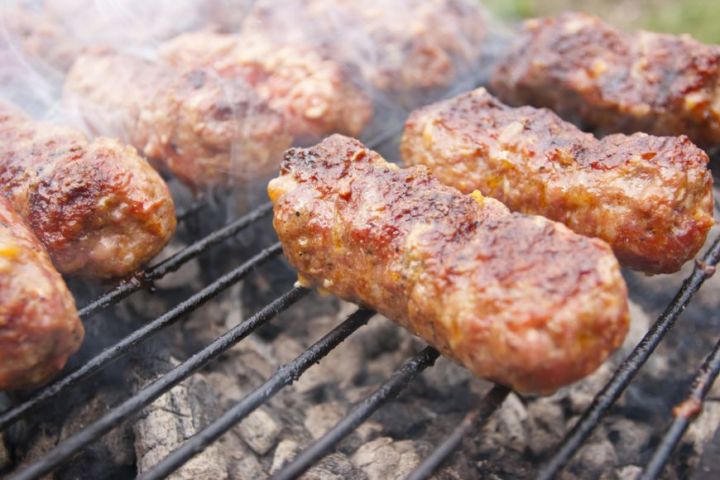 In Romania, hamburgers are relatively new and Western fare. Rather than nosh on burgers, Romanian barbecue parties involve a slightly spicy skinless sausage called mititei, or mici for short.

Slightly sour, heavily smoky, and juicy to the core, well-grilled mititei are one of the best grill recipes from around the world that Americans usually never hear of. If you want to give this grill recipe a shot, a relatively accurate recipe for mititei can be found here.

This is a great grilling recipe for beginners since it doesn't require any special grilling gear. Much of how successful you are with this easy BBQ recipe is based on how well you mix the meat before it's actually placed on the grill.

To get the full Romanian experience, serve mititei with a side of tomato salad, mustard for dipping, polenta, and cold beer.

Asado is a term that means "grilled" in Spanish, and in Argentina, refers to both a grilling style and a particular recipe. In Argentina, grilling is a huge part of food tradition — and not partaking can actually be an insult in certain parts of the country.

Asado grilling has a very smoky taste to it that makes it incredible for any barbecue that's focused on a Latin flavor profile. We suggest following this step by step guide to the tradition of asado, so that you can see the full range of flavors a smoky charcoal fire can offer.

Since this is a very social food preparation technique, we suggest throwing a party involving the asado grill tradition to help introduce others to grill recipes from around the world. This way, you get the party element along with great food, and everyone leaves with a full stomach. 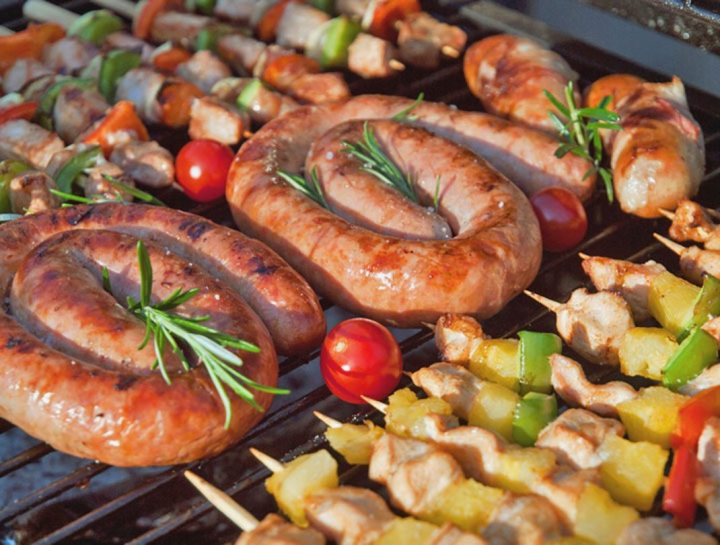 Braai is a South African grilling tradition that is very similar to Argentina's asado in the sense that it usually takes hours to do, involves lots of guests, and gives meat a rich, smoky flavor.

Though you might need specialized braai grill gear to get the full authentic flavor, the fact is that there arebraai grilling recipes on the net you can follow. Since braai tends to involve a lot of different kinds of meat, this is a great grilling style to learn regardless of your preference in protein.

That being said, we're particularly pleased with the excellent steaks, top-notch fish, and great lobster that good braai recipes can make. The secret to great braai is to use the right seasonings and the right wines to help make the meal complete.

If you want to try grill recipes from around the world that rock the braai flavor, make sure to grab some peri peri seasoning, a bottle of South African wine, and maybe some extra turmeric for your lamb kabobs. Also, if you can get your hands on some biltong-style jerky, make a point to serve it along with your grilled goods. 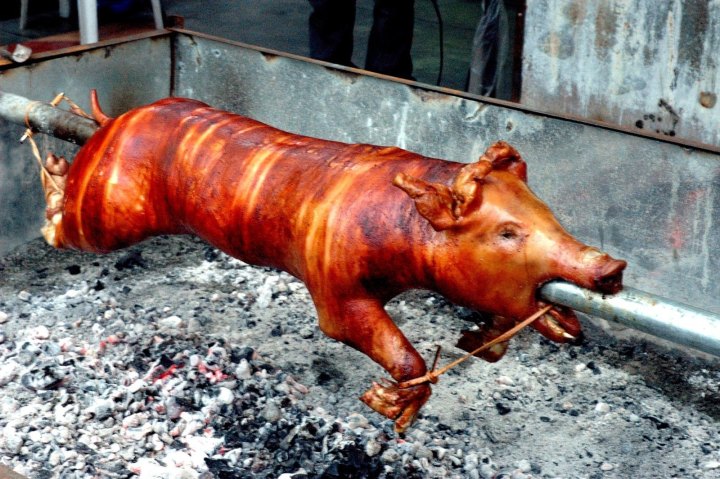 Lechon, also known as lechon baboy, is the Filipino tradition of roasting a full pig on a spit. It's a famous grill method, and in the Philippines, it's the cornerstone of every major celebration. Traditionally, lechon is done for birthday parties, weddings, anniversaries, and just about any other rite of passage you could imagine.

Unlike many of the other grill recipes from around the world on this list, lechon is a recipe that is best reserved for people who are very experienced with grilling using unusual setups. If you are willing to give this a go, you can learn how to make lechon here.

Obviously, the sheer size of a full grown pig basically makes this dish only doable (or cost-feasible) if you have a huge number of guests. If you want to enjoy the full Filipino flavor, we suggest serving it with rice or noodles, and a Sarsi soda. 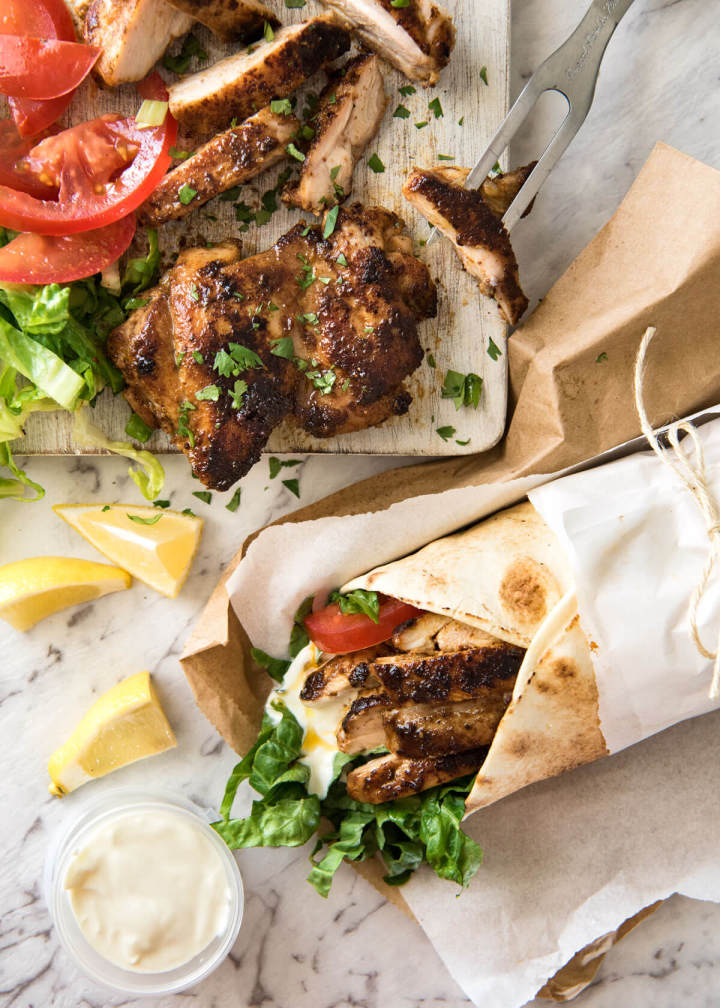 This is one of the hottest grill recipes from around the world — at least, commerce-wise. Few foreign foods have seen as much of a growth in demand as shawarma has in recent years. Foodies couldn't be happier; this savory-spicy barbecue is irresistible on a number of levels.

Traditionally, shawarma is made of pressed meat mixed with spices that are slowly grilled while being turned on a spit. This makes the meat juicy, tender, and incredibly rich in flavor.

Though the original recipe came from Turkey and featured lamb, shawarma can be made with chicken, beef, lamb, goat, or a mixture while still retaining authenticity.

If you live in New York City or Los Angeles, you probably have already had shawarma before, thanks to the many different carts that offer platters featuring this Middle Eastern treat on every corner.

If you don't live anywhere near a shawarma stand, don't fret; there are plenty of shawarma recipes online to enjoy. Rice, a gyro-style wrap, and some yogurt sauce can easily make this a meal that will satisfy even the pickiest of eaters. 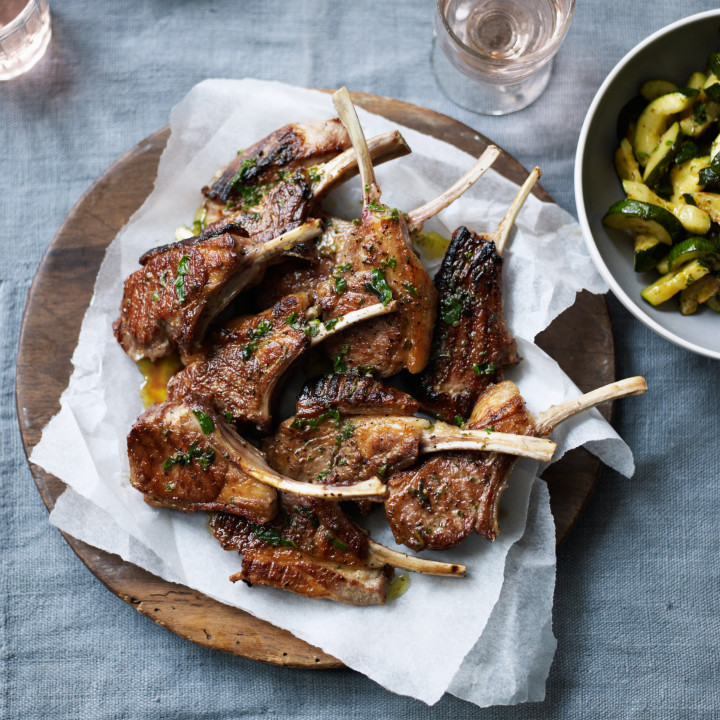 If you ask many food critics, some of the best grill recipes from around the world hail from the North African country of Morocco. Though Moroccan cuisine has not quite taken hold with Americans quite yet, much of the world has already applauded chefs hailing from the country for their amazing sweet-yet-savory take on classic meat dishes.

Much of Moroccan cuisine is known for being a beautiful blend of sweet, earthy, and buttery — and their grill recipes are no exception. Rich, multifaceted flavor profiles featuring cinnamon, cumin, peppers, and anise seeds are the norm in Moroccan meal prep. 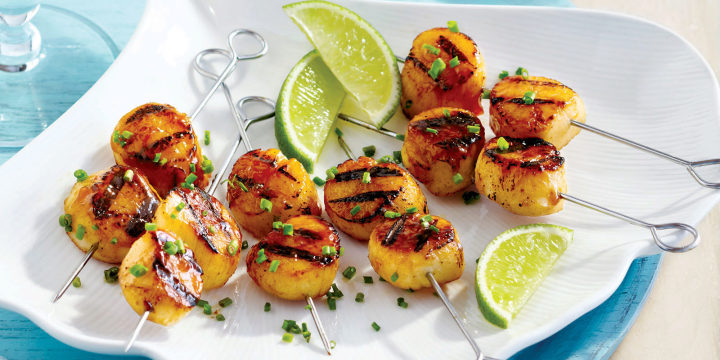 Italian food is widely considered to be some of the best cuisine in the world — and who can argue against that? Rich tomatoes, smoky basil, spicy garlic, and that melt-in-your-mouth butter flavor all make Italian fare absolutely wonderful.

Obviously, putting an Italy-trained chef behind a grill is a great way to ensure a delicious meal, especially when it comes to seafood and chicken. This is why so many major chains use Italian flavor profiles as their basis for success.

Though it was hard to nail down a single recipe that shows why some of the most delicious grill recipes from around the world come from Italy, we decided to go for Italian Grilled Scallops as the winner.

In order to get the full ambiance and flavor of an Italian grilled dinner, make sure to serve the scallops with white wine, freshly baked bread with olive oil dipping sauce, and pasta. 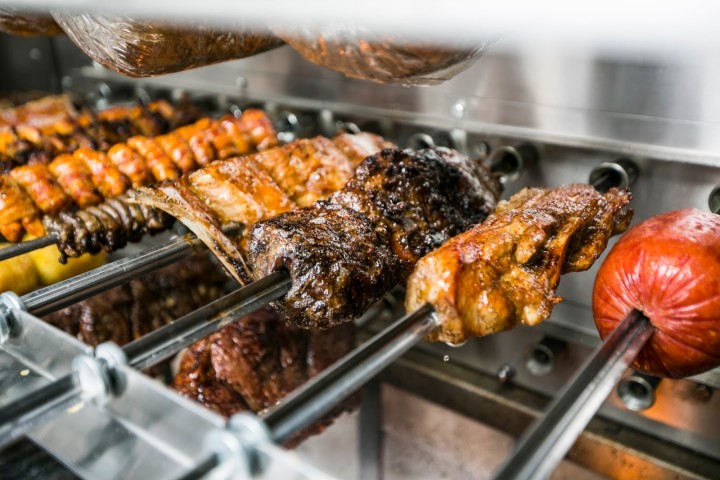 Churrasco is enjoyed in both Portugal and Brazil, and much like other grill recipes from around the world has become a favorite among Americans as well. Known for its smoky, juicy, and incredibly meaty taste, churrasco is a grilling style that is basically made for meat lovers.

That being said, you will need to have a specialized grill in order to make real churrasco — but that doesn't mean you still can't get a good amount of flavor similarities by following Brazilian barbecue recipes online.

Even using the right rubs and spices on your barbecue can give you a similar taste, and if you're lucky, a similar texture. Though the spices are important, it's just as important to use a very wide variety of different meats when making churrasco.

Brazilian barbecues are all about using as many types of meat as possible, so don't be afraid to experiment with more unusual meats like rabbit, boar, lamb, or fish if you decide to give a churrasco setup a try. Speaking as someone who's enjoyed plenty of churrasco in her time, the best way to enjoy churrasco is with a lot of friends, plenty of caipirinhas, and of course, a lot of music. 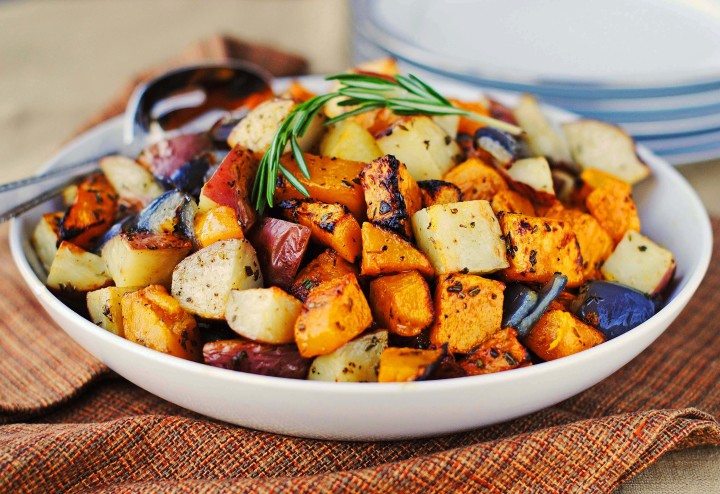 Most people have tried chicken tandooriand loved the subtle spiciness of the chicken. That being said, India is also known for having a very large vegetarian population. That's why our final recipe will be an animal-friendly dish known as grilled vegetables.

Though this recipe works best on a tandoori, you can also make these savory and creamy veggies on a standard grill or in a pan. Either way, serving these up with a mango lassi and some naan is a smart way to let your taste buds party it up.